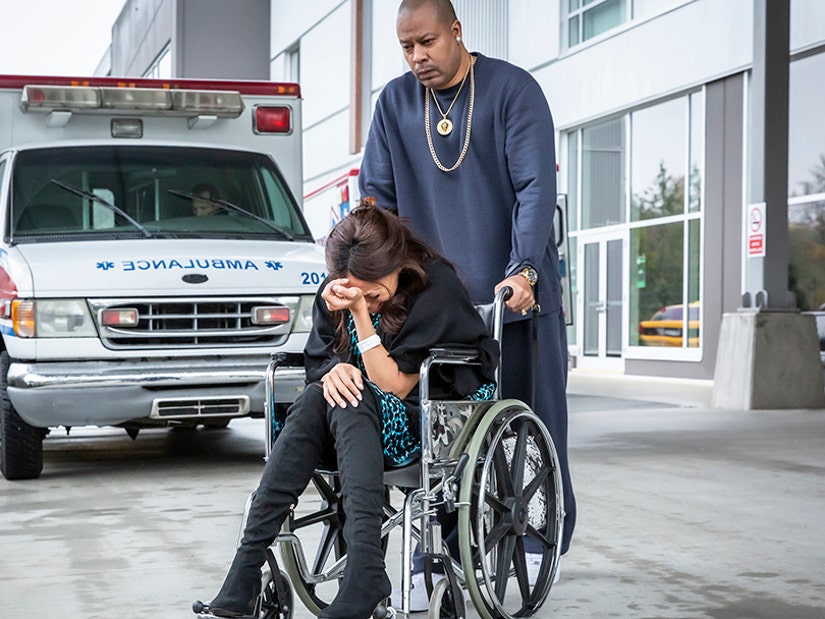 Wendy peels the curtain back on her sober living situation, Kevin's secret life and her lifelong struggle stemming back to her childhood (and parents).

It was a full night of Wendy Williams, as the "shock jock" talk show host took over Lifetime for back-to-back premieres, kicking off with the launch of her highly-anticipated biopic "Wendy Williams: The Movie."

Credit where it's due, they did a great job with the casting on this one -- certainly better than the writing. Ciera Payton was spot-on as Wendy herself, taking her all the way from her wide-eyed eager youth through her rough years with Kevin's infidelity to her rebirth as a single lady. 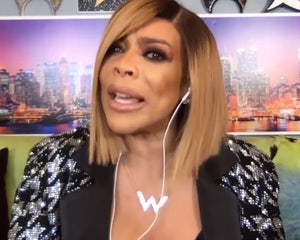 Wendy Williams Spills Dirt on Ex's Alleged Girlfriend, His Involvement in Lifetime Films, Who She Owes an Apology

She even mastered Wendy's way of walking and wardrobe even managed to get her into Wendy's implants without it ever looking like the fake contraption she was clearly wearing. Honestly, the visuals on this one were solid throughout.

By the same token, Morocco Omari brought it home as Kevin, with the perfect amount of attitude and self-righteousness -- with hints of classic gaslighting -- as her husband (now ex) and manager through much of her career.

Before we get into any of this, though, it's important to understand that though this is a biopic, Wendy makes no bones about this being her truth. As such, it cannot be said to be objective or 100 percent verified throughout. In particular, Kevin was not involved.

Basically, we have to take Wendy's version of events with at least a few grains of salt without another perspective to balance it out. Maybe she's got it totally accurate and correct on every point, so Kevin saw no need to dispute her in any way. But maybe not.

Regardless of its veracity, the film did offer several memorable moments. There were some interesting revelations about Wendy's life and more than a few hilariously awkward moments that we suspect weren't intentional. 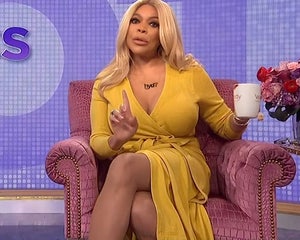 Casting throughout the film didn't quite support this narrative that young Wendy was overweight and that she ever struggled with it again in later life, but that was definitely the focus of the few scenes that we got with her at a younger age.

She was fat-shamed by both her parents and then apparently suffered a humiliating experience at a white friend's birthday party where she won a game of Musical Chairs only to have the last chair break under her.

We're not quite sure why they had the little girl genuinely have no idea what was going on to the point we found ourselves wondering if she'd suffered a heinous brain injury on her way down. She was holding the leg of the chair all, 'Wha-huh?' But come on, it's not that complicated.

The weight situation came up again later, when she revealed that she actually tried bulimia in high school in an effort to control her weight. This came out during a conversation with Kevin designed to show how she let her guard down around him ... and to set up her plastic surgery. 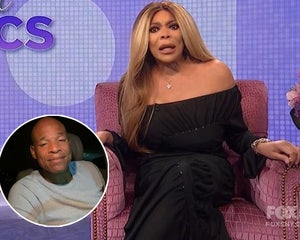 Best Day at Work Ever

Look, we get that Wendy had a hugely successful career in radio, but was everyone really so fawning about her talents early on? The sequence where she sits outside of the offices of her idol, Carol Ford, for two weeks and then inexplicably becomes her fill-in is a little suspicious.

Then, there's the scene with the station manger (or program director or whomever) running into the studio after hearing her outing Milli Vanilli as frauds. He tells her they don't do that on the air, she says listers are interested and what? He has an a-ha moment just like that?

"It's revolutionary," he said in the film. And then, "Wendy, we’re gonna find you a permanent spot here."

That would be a pretty quick turnaround from being horrified that she's spilling gossip and then, with one sentence from her in response, he's ready to make her a permanent hire? Was it all that same day? 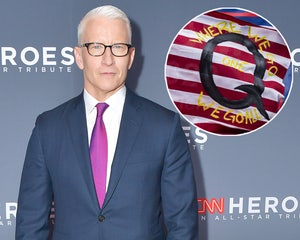 Eric B Messing Up Her Credit

Who knew how close Wendy got to the rich and famous? Apparently, she got quite cozy with rapper Eric B (of "& Rakim" fame), even going so far as to date him for a solid year. During that time, he purportedly almost got her arrested for not returning a rental car she took out for him.

He also, according to Wendy, absolutely destroyed her credit. But like other hugely impactful moments throughout her life, Wendy kind of drops the deets and then quickly moves on. At other times, we don't even get that, like in the case of her "starter marriage," the guy she wed for five months after dating Eric.

Further, Wendy says that Eric had gotten her pregnant before they broke up, leading her to have an abortion she never spoke to anyone about.

In a segment the narration voiceover literally gave us a "trigger warning" for, Wendy shared her and Kevin's painful struggles to have children. After suffering a miscarriage early in her first pregnancy with him, she continued to struggle, suffering another miscarriage at five months.

Then, with their next pregnancy, Wendy suffered excruciating pain at five months and discovered that the child was stillborn and that she would still have to deliver it because of how far along she was. It was painful to watch, and one of the most sensitively presented sequences.

You could tell that writers and producers wanted to handle this one delicately, as those moments did not resonate with the same "Hot Topics" dishing the dirt soap opera feel of almost everything else in the film. 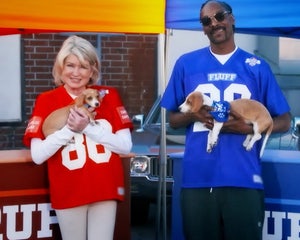 This is another segment where we've no idea how much of it is true and how much of it is perhaps what Wendy wishes had happened, but we loved every bit of her clandestine visit to the house in New Jersey (his "investment property") where his mistress, Sharina, was staying.

From Wendy's outrage that he got Sharina a pool when she'd always wanted one to her actually gluing the mailbox closed, we could not stop laughing. We were hoping for something a little more damning than "Kevin + Wendy 4ever!" spray-painted on the garage door.

But she did give us a moment, after lamenting that he had dogs and considering taking out her frustration on his nice car, when she took the time to chastise him for leaving his garage door open. This is why we can't have nice things, Kevin! 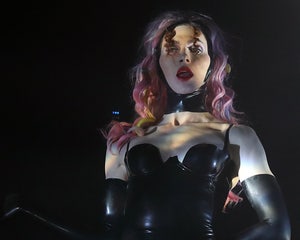 Wendy offered more insight as to what this situation was like, including that it was Kevin who arranged for her to live at a sober living house after she returned to her show following the on-air Statue of Liberty collapse.

Implied, but never stated implicitly, is the notion that this might have had to do with the timing of his mistress's impending birth. After all, according to the narrative, Wendy found out about the baby while in the sober living house and even confronted Kevin about it while there.

If she was spending all of her non-show time there, his time was certainly freed up to help Sharina with all things related to an impending birth. Or the timing may just be coincidental.

We did love the sequence where Wendy had to sneak out of he sober living car -- she apparently had two muscles who escorted her back and forth -- to make it to the meeting she had orchestrated to start divorce proceedings against Kevin.

The shot of her running through traffic while this big guy apparently couldn't catch her was pretty comical. And like everything else, it was dropped and never picked up on again. Did he just give up and let her go? Were there no repercussions? 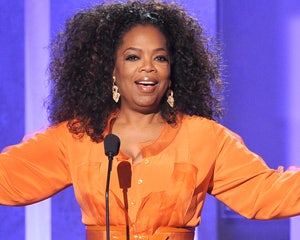