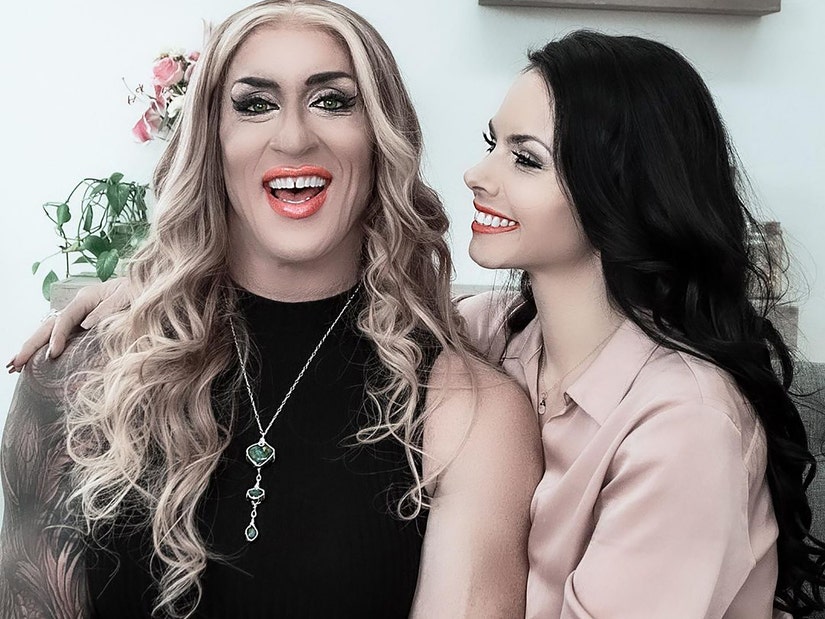 "There are no words to describe how much I love this human being," says Priscilla, as they both address putting sex "on pause."

Former WWE star Gabbi Tuft and her wife Priscilla got real about how their sexual dynamic has changed following her transition in a recent podcast episode titled, "Is G Gay?"

The episode was recorded in November 2020 -- before Gabbi came out publicly as a transgender woman and while she was still occasionally using and going by her birth name, Gabe -- but released last week. The topic of conversation: Whether Gabbi was "attracted to men or women now that she is transitioning."

Gabbi and Priscilla tied the knot in 2002 and welcomed daughter Mia in 2011.

"Well, Gabe wants to be a woman, he's transitioning, obviously he wants to touch penis and see what penis is about and touch other penises," Gabbi said about the expected reaction to her coming out. "In my head I'm like, no, actually not right now, that's not even the closest thing on my mind. There's nothing to do with other men on my mind."

The two explained that it had been about a two months since Gabbi decided to transition when they recorded the podcast and had had sex twice in that time.

"We usually have sex pretty much every day and it's amazing. That's probably, I made him wait until we were married, but once we were married, no holds barred," Priscilla said of their sex life pre-transition. "This has been challenging for me. It's something we enjoy, it's like an art form for us."

While Gabbi was still presenting as both male and female before coming out to the public, she said that one she started to present female, "Gabbi" was all Priscilla could see -- even when she would revert back to presenting male.

"It has been not something that I'm able to do to feel the desire to be sexually intimate with a woman. It's just ... I feel so guilty to say it, because I still see you as my person," said Priscilla. "The energy has shifted, it's so definitive, there's no denying. The thought of making love to a female just isn't my thing. I can't really put my finger on it."

That being said, she added that "there are no words to describe how much I love this human being and I don't care whether this sweet individual is presenting male or female, because the soul is androgynous."

Priscilla said that while sex was "on pause" for them at the moment, the love between them has only "grown." She added, "I will say, we have made love two times since that month and a half ... it was very different, it was incredibly epic, probably like the best."

"We understand things are going to change, we don't know how they're going to change, but we know we're desperately intertwined for life," Priscilla continued. "Whether that looks like marriage, awesome, whether that looks like roommates, neighbors, we don't know, but we know that we are lifers, we know that we adore each other, we will always be twin flames, we love each other."

Gabbi said she could, hypothetically, someday be interested in "seeing what it's like to be with a male," something she noted would "end our marriage, obviously." When Priscilla said it wouldn't end their marriage in "an angry way," Gabbi added that Priscilla too "might need to go out and find love" with someone else.

"Understand this is so new for us, we are both still desperately processing this entire situation that's going to turn our world upside-down for good," added Priscilla, who said there have, of course, "definitely been some shifts in our relationship." She went on to say that the significant others of those transitioning go through a transition of their own, as they also adjust to the new normal.

The two celebrated Valentine's Day together this year, with Gabbi posting a photo of the couple with a lengthy caption about how love can exist beyond the physical.

"Love transcends multiple planes of existence. It exists far beyond married couples, lovers, and family; and can be felt between any two humans, anywhere on the planet," she wrote. "It binds us, heals us, and gives meaning to this human experience."

"Imagine the possibilities if we saw each person we encounter with our hearts, before we saw them with our eyes," she added. "My heart sees you. Every one of you. And I love you all on a level that transcends beyond the physical."