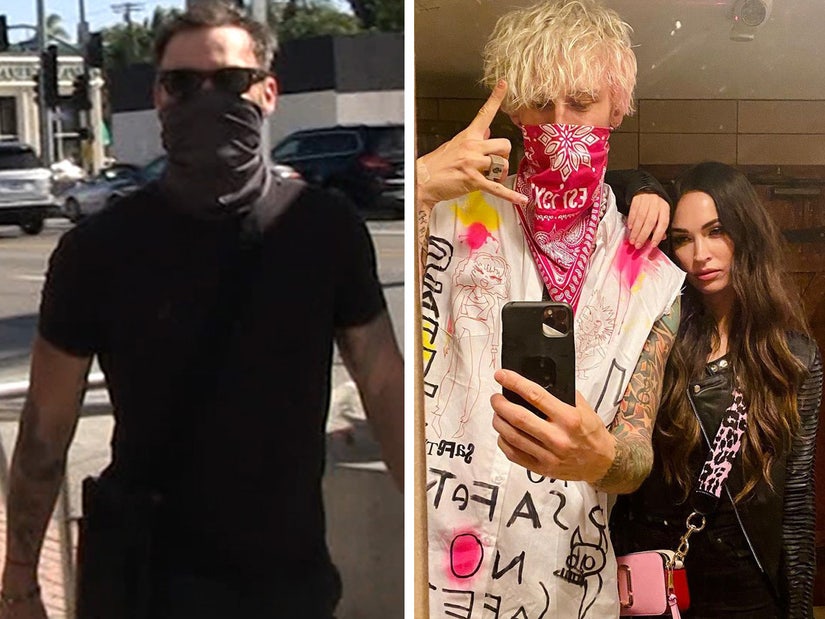 Brian Austin Green has thoughts about Machine Gun Kelly Wearing his ex's blood around his neck... or rather, he doesn't.

MGK caused a stir over Valentine's weekend when he revealed he wears a drop of Megan Fox's blood on a neck chain. The gesture, reminiscent of originators Billy Bob Thornton and Angelina Jolie, is a nod to the fact Megan starred in his music video for "Bloody Valentine".

One year later he went quite literal in an Instagram post, declaring "i wear your blood around my neck", even including a pic of the somewhat macabre jewelry. 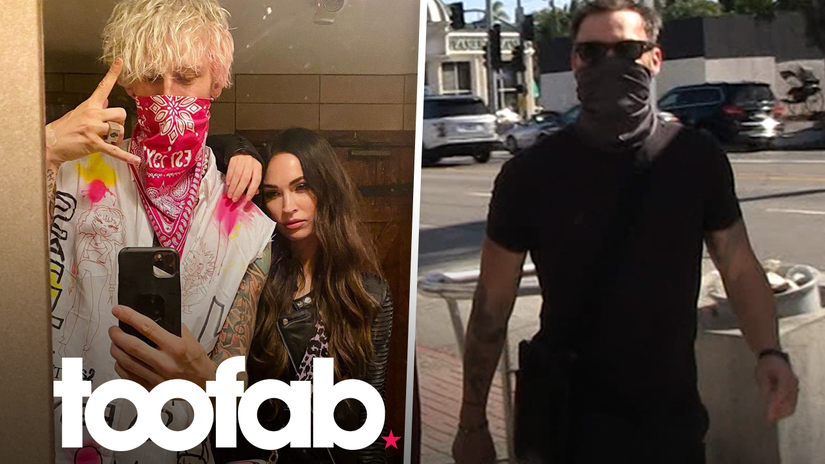 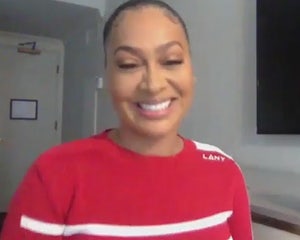 One person who does not appear to be a fan is the 90210 star; the 47-year-old was enjoying a lunch and mini reunion with his co-stars Jason Priestley and Ian Ziering in Beverly Hills on Wednesday.

While emerging from the restaurant (and joking about who picked up the check), the mood somewhat darkened when BAG was asked what his thoughts were on MGK's bloody tribute.

"I don't have thoughts," he replied, before ending the conversation right there.

Fox and Green began dating in 2004, when he was 30 and she was 18. They wed in 2010 and share three children. While she filed for divorce in 2015, they rekindled the relationship and even welcomed their third son together.

But by November of 2020, a second set of divorce papers were filed. While Megan moved on with MGK, Green has been seeing DWTS pro Sharna Burgess. 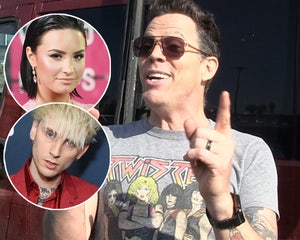