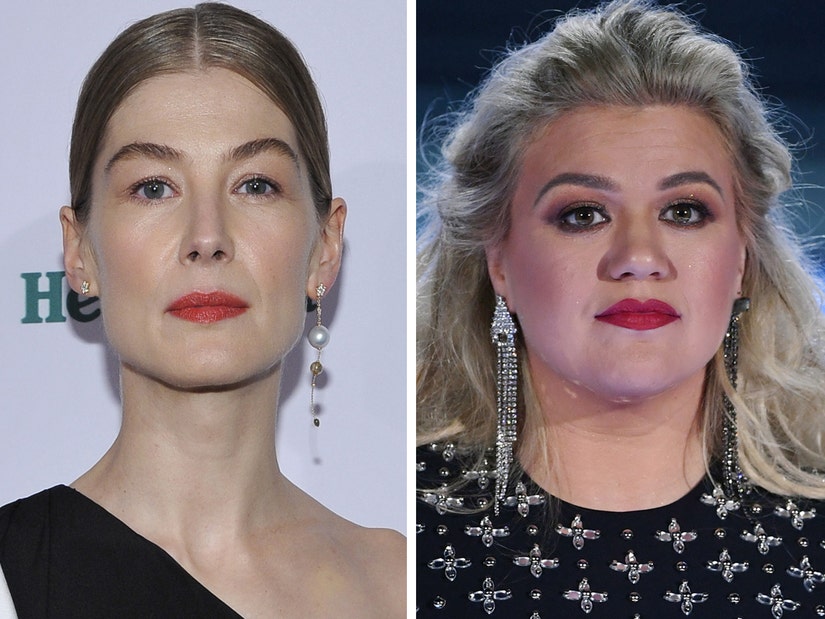 "There are probably countless times where our image is doctored and we don't notice it because I think we're all losing a grip of what we really look like."

Rosamund Pike and Kelly Clarkson are speaking out against photos being altered without their permission.

During an episode of the "The Kelly Clarkson Show" earlier this week, Clarkson brought up the topic while interviewing Pike, who revealed a random stranger once suggested she FaceTune a selfie she took on a plane. 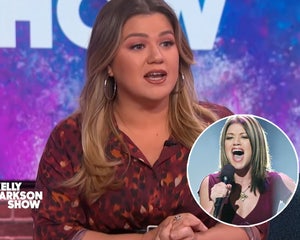 "I was on a flight the other day -- well, when I last flew which was over a year ago -- but I was on a flight with this guy and I took a selfie and he looked over my shoulder when I didn't know and said, 'Oh no, babe, you gotta Facetune that,'" the actress recalled. "I said, 'Sorry, what?' That was my introduction to the world of Facetuning which I then realized has often happened -- we are body-tuning."

Pike, 42, then brought up two examples in which images of her body were edited without her knowledge, including when her breasts were altered to look bigger for the poster of 2011's "Johnny English Reborn."

"In the poster, the kind of character shot, I got a very impressive chest, which I don't have," she explained.

Pike said she's even had her eye color edited -- from blue to brown -- in a movie poster.

"In 'Radioactive,' they made my eyes brown, which I still don't quite know why," she said of the poster for the 2019 drama. "Sort of brownie-hazel color. So it's odd."

The "Gone Girl" star added that while there are examples in which people are aware of photos of themselves being altered, she said there are likely even more times the person in the photo doesn't even realize their bodies have been doctored.

"I was thinking, do we actually know -- those are the obvious times right? When you do notice you're like, 'Oh, I've got brown eyes' or 'I've got massive breasts,'" Pike said. "But there are probably countless times where our image is doctored and we don't notice it because I think we're all losing a grip of what we really look like."

Clarkson also opened up about her experience of having images of her body altered.

"I've had the same thing done to me on album covers and magazine covers and I have no part of it," she said. "Like I'm totally fine with what I look like," Clarkson said, adding that it "bothers" her when photos of her are edited without her permission.