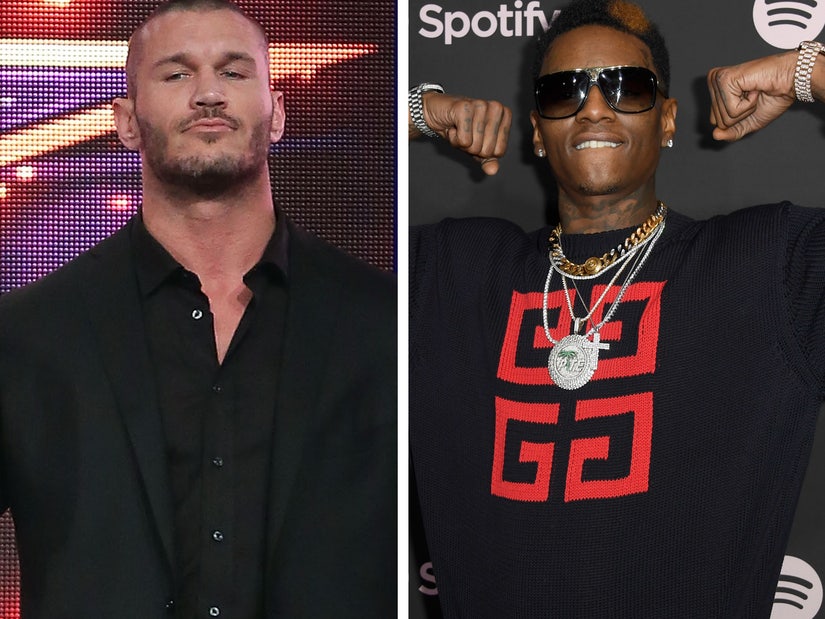 "You wanna talk fake? Pawn that cheap ass chain and come work for it you one hit wonder ass mutha f--ka".

It just kicked off on Twitter between Randy Orton and Soulja boy.

Celeb social media's newest beef erupted on Monday night when the wrestler caught wind that the rapper had described WWE as "fake".

A furious Orton branded the hip hop star as a "b---- ass", a "one hit wonder ass mutha f----", threatened to fight him, and even insisted Bad Bunny would beat the hell out of him, too. 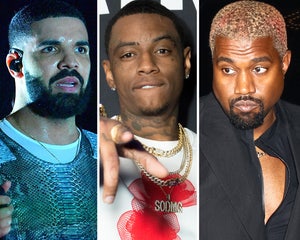 Soulja Boy meanwhile laughed at the posturing, hinting Orton would regret it if he tried anything offline.

The fallout started with a single tweet from Soulja on Saturday, which was actually more critical of rappers than wrestlers:

Another WWE star, T-Bar, was the first to notice and take issue with this appraisal, telling Soulja to "stick to super soaking hoes or whatever it is you did 15 years ago."

Does the rap game take years off your life and leave you with countless injuries and debilitating pain? Oh well maybe just stick to super soaking hoes or whatever it is you did 15 years ago. https://t.co/iYIrSpN01t

Orton, who obvioulsy follows his fellow wrestler, then saw the tweet and came in swinging with this RKO of a tweet:

Fake? Dare this prick to step up. He dont like movies? Consider us actors that do stunts, without pads 200 days a year and don’t bitch when we get surgically repaired and come right back. Consider us 100 times tougher then anyone you’ve come across. Aint nuthin but a bitch ass... https://t.co/D3CQb9IxEO

Soulja fired back at both men, laughing at the former and threatening to "Bring the REAL to wrestling" with the latter:

Do u know who the fuck I am. I’ll bring the REAL to wrestling don’t play with me. Randy Ortonnnnnnnn?????????? https://t.co/Yx9cfODoIJ

Orton also claimed Bad Bunny — who recently stepped into the world of WWE — would "beat the f--- outta you", daring the rapper to "Pawn that cheap a-- chain and come work for it you one hit wonder ass mutha f----."

"'Crank that' came out in '07 you had a hell of a year. Serious $. Hats off to ya my dude," he complimented, quite possibly facetiously. "but you call what I do to survive, fake? F--- that. Come to my world and say that. Dare ya."

Ps @sanbenito would beat the fuck outta you. Why? How? Because he’s seen our world. Respects it and knows what it takes and finds himself lucky to be a part of it. You wanna talk fake? Pawn that cheap ass chain and come work for it you one hit wonder ass mutha fucka https://t.co/zJPMmuqskr 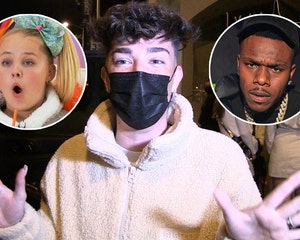 If you mad because I spit facts just say that. What you do is FAKE and I stand on that. What I do is REAL. Come to your world? Lol welcome to Soulja World 🌎 🤣😩 https://t.co/KofrYkD95J

Despite being a full 9 inches shorter and just over half his body weight, a few of Soulja's followers insisted he could take the Raw star in a fight, and he retweeted as much:

I grew up watching dude and think he can hold his own, but Soulja Boy would be too much for Randy

This is how Soulja Boy finna jump on top of Randy Orton at WWE WrestleMania: pic.twitter.com/bDzkVKHyIv

Randy Orton gon catch a steel chair to da back of da head den roll over and see dis pic.twitter.com/5ITIWvo1T2

Again, Orton dared him to back his words up:

U spittin facts? Seems like all you spittin is the same mess you rap about. Nut. Clear your throat my dawg, and be there. Enough talk. Back it up. https://t.co/rN8JY5AX3q

It was at this point Soulja Boy's tag-team partner Bow Wow arrived, sprinting down to the virtual ring, and even daring Triple H to get involved:

That’s a fact tho. Tell me why the wwe in they feelings for gang. Wrestler or not I’m slidin 🤷🏾‍♂️😈 https://t.co/NvNFx1U7dS

Thus far, Soulja had the final word, in which he compared he and his rival's essential fight stats... highlighting the "fact" he is worth three times as much:

Not sure if that will actually help should the two of you actually meet, Soulja, but best of luck.