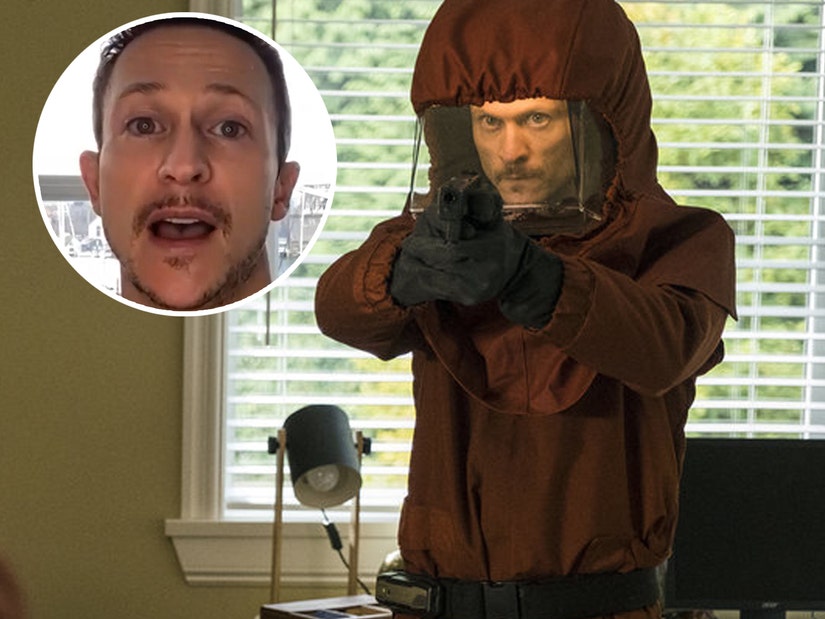 "Stick with us and you're gonna go along for a really good ride."

The success of any mystery box show hinges on the storytellers being able to dangle questions, while simultaneously answering and asking news ones ... without ticking off viewers in the process.

Following the lead of shows like "The X-Files," "Fringe" and "Lost," the premiere of NBC's new sci-fi show "Debris" -- about alien spacecraft debris falling to Earth -- started building its mythology from the jump. And star Jonathan Tucker promises there's a plan in place for payoff. 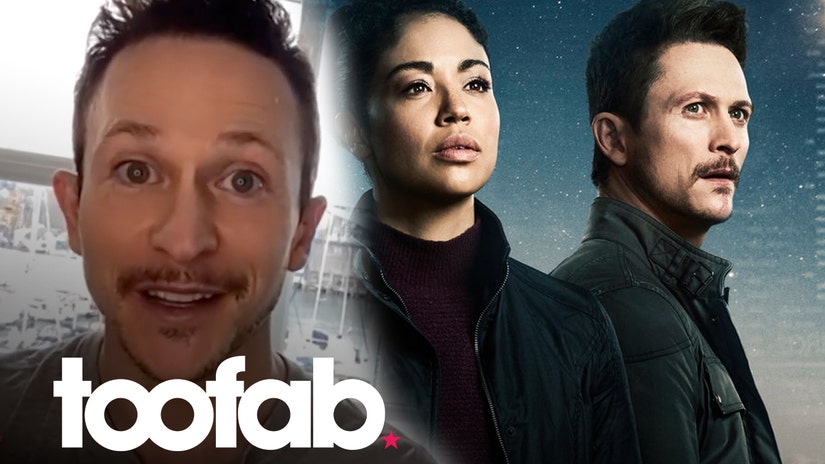 "I think one of the big issues that a lot of fans have expressed having watched the first episode were some of the concerns that I had, which is do we really know where we're going?" he explained while speaking with TooFab following the premiere.

"Do we have enough of an engine to get there? Will we be able to satisfy the audience week to week? And will we get the support from the network to be able to do it?" he added. "I can affirm, confidently, the first three."

"Joel knows the last line of the first season, he knows the last shot of the fifth season. He can walk you through, essentially, every episode there and I think we got tremendous support from the network," he said. "They recognize Joel is capable of telling the story, they recognize he can build that fan base. Stick with us and you're gonna go along for a really good ride. We're all in on this thing."

While Wyman may know where the show is headed, Tucker -- who plays a CIA operative with secrets of his own -- isn't 100% clued in himself.

"I learned a lot of the overarching mythology and where this whole thing is going, because it's been helpful for the performance," he explained. "You gotta put your hands up and go for the ride, knowing we have to go from point A-Z, that's really helpful. But I don't know every letter in-between and sometimes they're slightly jumbled."

The high concept series is a return to network TV for Tucker, who first starred on NBC's "The Black Donnellys" in 2007 and had a stint on "Parenthood" before a string of shows on premium cable. He was at the center of Audience Network's "Kingdom," appeared on FX's "Justified" and HBO's "Westworld" before roles on Showtime's "City on a Hill" and FX's "Snowfall."

"At this juncture, network still is king in getting the word out. They are fabulous with the lead-up to a show," he said of being back on NBC. "The ability to get content out has been frustrating to me in the past with some of the work that I've done and you start to wrestle as an actor with what's really gratifying: the work that you're doing on the day or people getting to experience it and interacting with the story that you're telling."

"I wanted to be on a network, I haven't done this for a long time and I see my career as being long," Tucker continued. "The first day I got into the business, I heard two things and I've been hearing those same two things since I was 11 years old, which is the business is changing and it's not like it used to be. I want to grab onto a network show and see if I can run with 22 episodes or a few seasons of something like this."

Moving to network isn't the only big, recent change in Tucker's life. In 2019, he and wife Tara welcomed twins Hayes and India -- and all three of them are living with him in Vancouver as he films "Debris."

"There's absolutely, no question in my heart, that they've made me a fuller human being and in that respect, it made me a better actor," said Tucker. "When you look at a project like 'Debris' and we're talking about alien technology falling through the skies and landing in the western hemisphere, these big ideas of are we alone on earth and what does it mean if we're not and what is the capability of an intelligent life form out there that is so superior to ours that they're able to travel millions of light years to be here? When you think about all that, as a father I have my son or daughter just reach out and grab one finger and look at me, I look at them in their eyes and I feel that connection that is as powerful as the magnitude of every star and galaxy in the world."