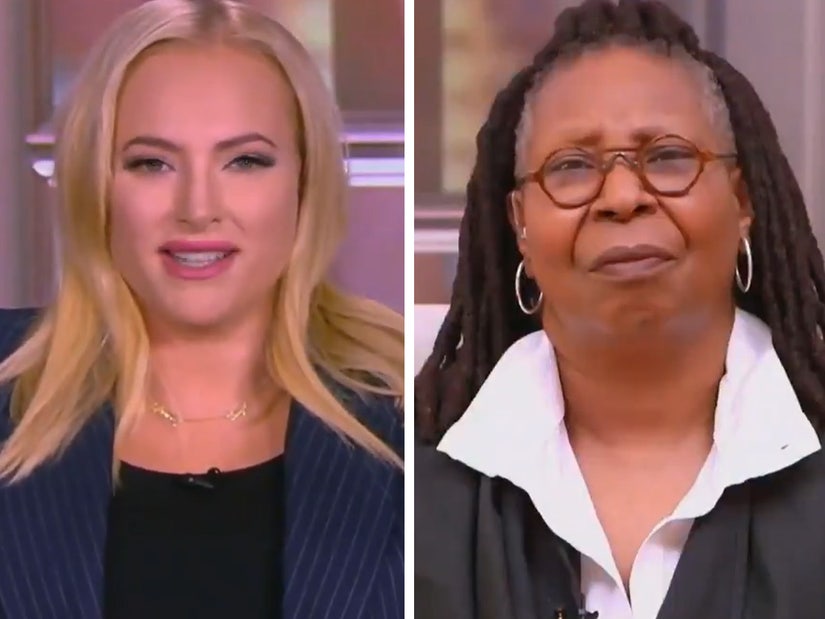 Social media blew up over a moment between Meghan McCain and Whoopi Goldberg from Tuesday's episode of "The View" -- but it's clear not everyone was laughing.

On the show, the cohosts were tackling Piers Morgan's reaction to the Meghan Markle and Prince Harry interview, when McCain said she wouldn't be defending the monarchy and praised the couple for trying out "the American experiment."

It’s 2021 and we are all Whoopi. pic.twitter.com/SncHJPxHTW

"And if we have two American women — Meghan Markle and Oprah Winfrey — who are single-handedly finishing what George Washington and our revolutionary counterparts did, I'm all for it," she exclaimed, before the camera cut back to a confused-looking Goldberg, who simply said, "Okay" before tossing to a commercial.

The clip quickly went viral on Twitter and, so far, has been viewed more than 4 million times. "It's 2021 and we are all Whoopi," read one tweet, which was retweeted by Billy Eichner.

I don’t know who wins. Oprah’s “What?” or Whoopi’s “Okay”. pic.twitter.com/vTZ0hEzJ9L

Her reaction face was also compared to Oprah Winfrey's during the Markle interview, when the palace's alleged concern over Archie's skin color was first mentioned.

Others interpreted it as more of a slight toward McCain, with popular tweets like, "The New Whoopi meme of her shutting down foolish co-host Meghan McCain. #TheView" and "Whoopi was so confused. She looked like she wanted to tell Meghan “wtf does that have to do with what I asked you?” #TheView."

The online talk clearly didn't fly over McCain's head, as she tweeted about all the reaction to the moment twice last night.

"I am extremely patriotic. I love the founding fathers," she said. "I don't know why this is shocking or confusing for anyone has met me for even five seconds."

She followed that up later with another post saying that the "Twitter comments and chatter are hurting me today for the first time in a really, really long time."

"It's hard to reconcile that my daughter can read this stuff some day," she added. "All I can say is I do my best every single day and have the best of intentions in my heart."