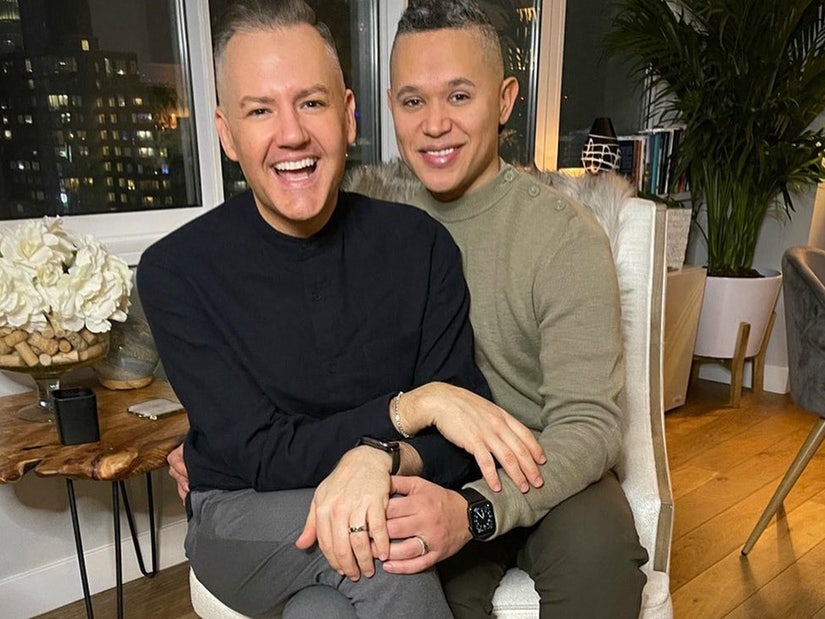 These celebs put a ring on it this year!

Love is in the air in 2021! Three months into the year, and it's already clear that couples are in search of a fresh start and something to look forward to... like walking down the aisle!

These duos made it through the ups and downs of quarantining together and now want to make things official. With quite a few celebs already having popped the question in 2021, it seems like fans will have a bunch of weddings to keep an eye out for later this year!

Paris Hilton's entrepreneur boyfriend Carter Reum recently popped the question while they were vacationing on a private island with family. The couple have been dating for a little over a year but Paris says the pandemic has helped "accelerate" their relationship.

"As someone who traveled constantly, I had a chance to stay home and reevaluate what was important to me. My relationship and the time I spent with Carter was a gift. I'm excited for our next chapter," Paris told People.

Carter added, "I have gotten the unique opportunity to get to know the real Paris on a daily basis just the two of us during these past 15 months and I couldn't be more excited and lucky to have her as my future wife and partner. She shines with her kindness, work ethic, authenticity and her voice in making the world a better place and she will do the same as a future mother and wife."

Joel Kinnaman popped the question to model Kelly Gale in January after over two years of dating. The couple first went public with their relationship in 2018 and recently adopted a dog together. Joel proposed in a scenic location, overlooking the ocean.

"She said no. Jus kiddin...," Joel jokingly wrote on his Instagram, with Kelly adding, "Yours forever❤️."

After spending the holidays together, Will Kopelman made things official with his girlfriend Alexandra Michler. The businessman, who was once married to Drew Barrymore, got engaged to Vogue's director of fashion development in January but the announcement was actually made by his sister Jill Kargman!

"Some joyful news in endless January! ECSTATIC for my fabulous *engaged* brother @willkopelman and his incredible bride-to-be! Sooo lucky to have you as my sis-in-law @alliemichler 💕💋💍🥂🍾," Jill wrote.

Azealia Banks and her boyfriend Ryder Ripps reportedly got engaged in February, announcing the news in a now-deleted Instagram post. Not much is known about the rapper’s relationship with the artist except that they began posting photos together earlier in the month.

"I just got engaged k----. I'm crying.... I'm Jewish now. MAZEL TOV BITCHES! WE IN HERE.... YERRRRRRR," Azealia wrote in her engagement announcement, which was met with some criticism.

Azealia has not spoken out about the engagement since deleting the post so the couple's relationship status is unclear.

In January, Tiffany Trump announced her engagement to her longtime love Michael Boulos. The 27-year-old daughter of Donald Trump and the businessman, have been dating since 2018 although it's not clear just how they met. Tiffany took to Instagram to share their engagement news while looking back at her father's time in the White House.

"It has been an honor to celebrate many milestones, historic occasions and create memories with my family here at the White House, none more special than my engagement to my amazing fiancé Michael! Feeling blessed and excited for the next chapter! ❤️" Tiffany wrote.

Olympic figure skater Adam Rippon just announced his engagement to his partner Jussi-Pekka "JP" Kajaala. The couple have been together since 2018 after meeting on Tinder but spent much of 2020 apart due to the pandemic. In November, Adam was finally able to travel to Finland, where JP lives, so that they could spend several months together.

"When there was finally a chance for me to go and see him in Finland, I jumped at it... While I was there, I would tell him about five million jokes that I would want to pitch during my 5 hour zoom meetings for our NBC comedy. And he would drive me into the Finnish forest where I would attempt to try and 'help' him shovel snow so he could keep working on the cottage he's building. So, in between all that and binging the entire 4 seasons of 'The Crown,' we bought ourselves some rings and said that magic word.. 'duh!' We got ~*engaged*~ 🥂❤️," Adam wrote on Instagram.

TV personality Ross Mathews recently announced his engagement to Dr. Wellington García, after over a year of dating. Ross explained that they met right before the pandemic hit and had to quarantine separately while living on opposite coasts. They got to know each other over Zoom and eventually began making trips to see each other.

"Fiancé, you stay! 💍 I am so proud to announce that after over a year together – navigating a pandemic, quarantine and opposite coasts – the smartest, funniest and kindest man I've ever met said, 'Yes!' Dr. García, I love you. A lifetime of adventure awaits," Ross wrote on his Instagram.

Ricki Lake announced her engagement to boyfriend Ross Burningham just a few months after making their relationship Instagram official. The couple met back in June and Ricki says they're "great together." She added that Ross' proposal was spontaneous and occurred when the couple was skinny dipping in her hot tub at her new home in Malibu.

"Friends, I'm so so so excited to share some good news! I'm engaged! 💍 ♥️ This is Ross. He is my person. He is wonderful. I love him very much and I am so grateful I get to love and be loved so deeply by this stellar human.  Our next chapter is sure to be a good one," Ricki wrote on Instagram.

Baseball star Kevin Love and model Kate Bock made their engagement news public in late January with two cute Instagram posts. Kevin popped the question on Kate's birthday, which she called the "best birthday surprise" she could have imagined.

"I couldn't be happier to have been asked to be a Love by my love. Heart bursting all day & night," Kate wrote on her Instagram, with Kevin adding, "The joy of my life."