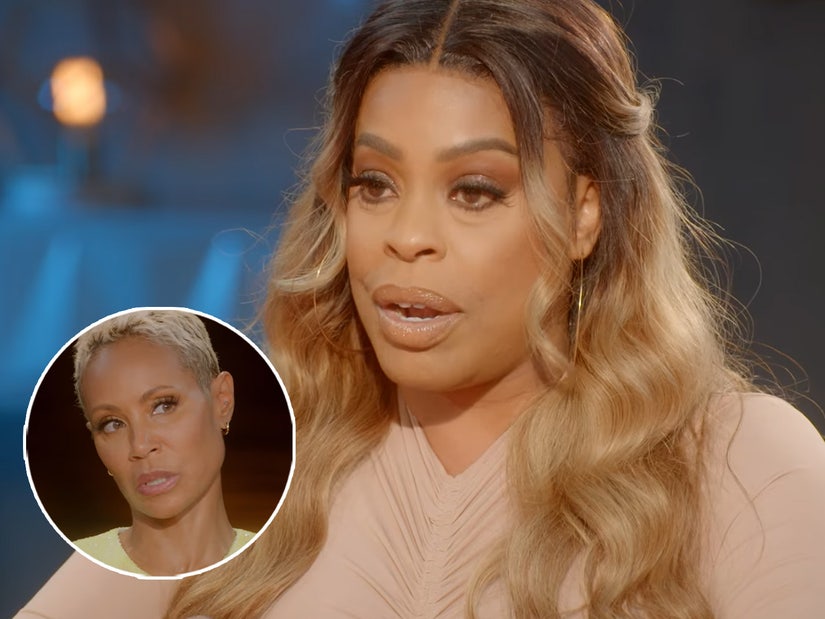 "She was like, 'Wait a minute mom, are you the same mom that was like girl, I'm strictly dickly?'"

Niecy Nash is sharing how her children reacted to her relationship with now-wife Jessica Betts.

In People's preview clip of Wednesday's new episode of "Red Table Talk," the actress recalled her children's reactions to her coming out. Nash, 51, shares three children with her ex-husband, Don Nash: Dominic, 28, Donielle, 25, and Dia, 21.

"How was it for your children?" Jada Pinkett Smith asked in the clip.

"My daughters were like, 'Wait what?' My youngest daughter, she reminded me, she was like, 'Wait a minute mom, are you the same mom that was like girl, I'm strictly dickly?'" Nash said, before Jada, Willow Smith and Adrienne Banfield-Norris erupted into laughter. "And I was like, 'Wah, wah. Like yeah, but no.'"

According to People, the "Claws" star also revealed to the group that she had "never been with a woman before" Betts.

While appearing on "The Ellen DeGeneres Show" earlier this month, Nash got candid about her relationship with Betts and explained why she didn't really consider her surprise marriage to a woman to be a coming out.

"I broke the internet!" she quipped, before adding, "A lot of people say that, like, 'Oh, you came out!' and I say, 'Well, from out of where?' You know what I mean? I wasn't anywhere to come out of. I wasn't living a sexually repressed life when I was married to men, I just loved them when I loved them. And now I love her."

Nash also said calls Betts her "hersband," but Betts refers to her as "wife."

In late August, the "Glee" alum announced that she and Betts, a singer, had tied the knot.

"It just seems like sexually, it would be extremely pleasurable," she later added.

Check out the full clip, above, to see how Jada and Willow reacted to Gammy's bold revelation.