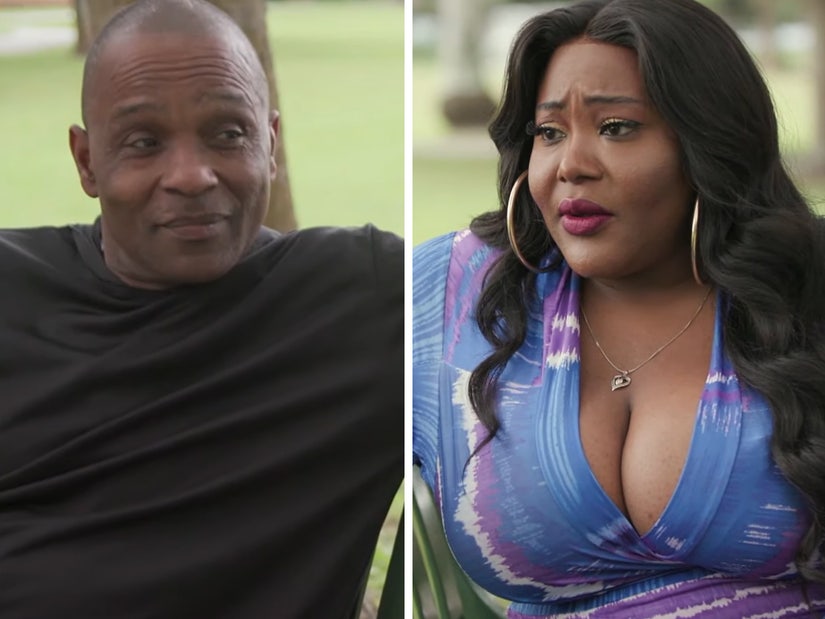 "It's a freaky thing period, to see your child transform."

On Thursday's new episode of "The Ts Madison Experience," the titular YouTube star and transgender LGBTQIA icon sits down face to face with her father for the first time in over five years -- and it's clear they still have a lot of issues to work out.

"I haven't seen my father in about five or six years, but that don't mean I don't want to talk to him," Madison explains in this exclusive preview, before meeting up with her dad on a park bench to talk about how her transition affected their relationship.

When asked how he's feeling, her father says it's "hard" for him to answer, "because it's been all these years." As they try and make conversation, Madison realizes she never called him "dad or father or pop" and asked what he'd like to be called. She then reintroduces herself to him.

"Hi, I'm no longer Tim, I'm Ts Madison, how you doing Pops?" she says, before explaining her reservations about their reunion in a confessional.

"My dad is really ... something," she says to camera. "I don't know how this sit-down gonna go with him. Hell, it could end with me busting his mother f---ing ass across his head with one of my shoes. Or, it could end up being okay."

The conversation doesn't get off to a good start, though, as her dad says it's "kind of weird" they "never had a son and father relationship." He adds that he believes he was "robbed from that."

"That's a terrible thing. You transformed, it's hard for me to accept sometimes," he tells her. "When you came out of the closet, I don't know what occurred, something had to occur for you to just all of a sudden change like that. It's a freaky feeling, it's a freaky thing period, to see your child transform."

He then trails off as he says it's "not easy to accept you becoming ... how you became", before Madison interjects, "A woman?"

See how the rest of the confrontation goes when "The Ts Madison Experience" airs Thursday, April 1 at 10pm on WE tv.