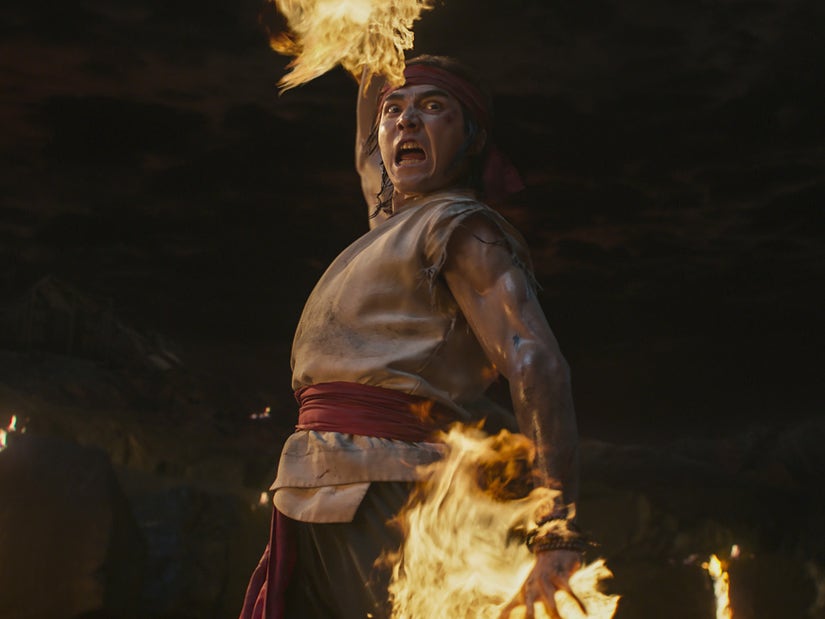 The actor also teases his intense training to play Liu Kang in Mortal Kombat -- joking, "it was really tough on my thumbs."

Ludi Lin isn't only going head-to-head against Shang Tsung and the evil warriors of Outworld in the upcoming film adaptation of "Mortal Kombat," he's also taking on the stereotypes Hollywood has perpetuated for ages when it comes to AAPI (Asian Americans and Pacific Islanders) actors.

Lin -- who was born in China before moving to both Australia and Canada -- plays Liu Kang in the new film, which is already being celebrated for having a far more diverse cast than the 1995 original movie.

While Chinese actor Robin Shou and Japanese actor Cary-Hiroyuki Tagawa were both central to the storyline 26 years ago, Christopher Lambert played Japanese thunder god Raiden and Johnny Cage (the also-white Lindsen Ashby) often stole the spotlight. This time around, Lin is joined by half-British, half-Chinese martial artist Lewis Tan in an original role, Japanese actors Tadanobu Satō and Hiroyuki Sanada as Raiden and Scorpion, Chin Han of Singapore as Shang Tsung, Indonesian martial artist Joe Taslim as Sub-Zero and Chinese/German actor Max Huang as Kung Lao. As for Cage, well, his character won't appear in the film at all. 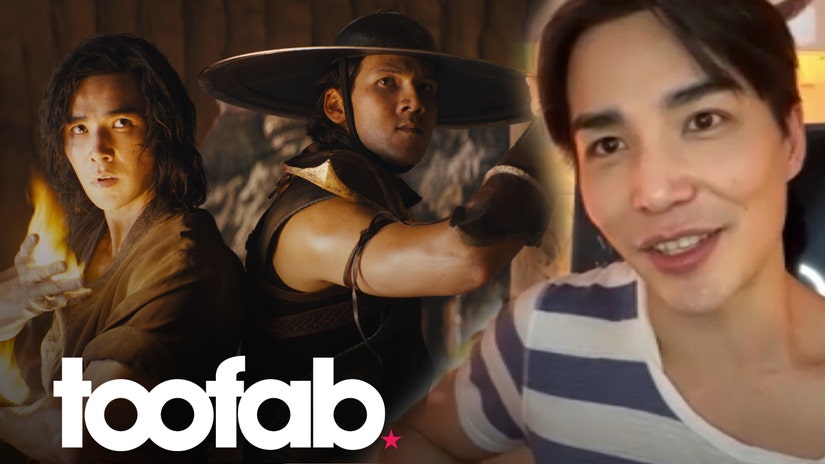 "It's definitely not tokenism," Lin said of casting when TooFab spoke with him ahead of the film's release. "[The movie] is being embraced worldwide. I just spoke to some friends in Malaysia yesterday and they're immensely excited about it. There's 600 million people there, so we're making a film for the world."

He said the goal was to make a film that stressed representation, while also highlighting martial arts in a way that didn't play into stereotypes or rely on one-dimensional warriors. A number of Asian actors -- including Lin's costar Tan and "Into the Badlands" star Daniel Wu -- have spoken out about needing to be hyper-aware of the roles they take so they don't get typecast as martial artists. That thought process has been part of Lin's career as well, but is also a hangup he's stopped worrying about.

"It's actually something I've thought about a lot in the past, but I think I've come to amends with it. I think it comes from the inside. Stereotype is something that other people put on you," he told TooFab. "I embrace martial arts. It's just a part of me. I've learned a lot from it. It's taught me a lot and it's built me into the person I am. So, I never want to turn away from it."

"Not to say I want to impose that on anybody else, and people are hurt by that stereotype. I do find that," he added. "But I think the way to spin it, even when I was shooting in Australia, I was walking around with a Asano Tadanobu and I think in just one hour's time there were probably five instances where someone came up to me and was like, 'Hey Bruce Lee! Do something, Bruce Lee! Show us something, Bruce Lee.'"

"People would shake their head at that, but for me I just laugh it off because I've had that said to me in a sense where it was someone trying to make fun of me," he added, "and I think that comes from a place of insecurity in them because Bruce Lee was such an iconic and legendary and powerful figure that sometimes they don't know how to take that." 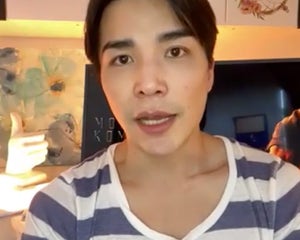 Mortal Kombat's Ludi Lin on Violence Against Asian Community: 'We Need to Talk About It' (Exclusive)

"For me, how to break stereotypes is I just make it my own. Make it complex," he continued. "So, that no one can put a box or stereotype on it, and to exemplify different aspects of that character because, for my character, for him to empathize with the audience, the most important thing is still the complexity of being a human being."

He said that when it comes to representation and diversity on film, it's also important to move away from one-dimensional depictions of the AAPI community, "Whether it be the over-sexualization of women, which has lead to immense tragedy just recently, or a funny sideshow of a movie, where it's just a feature," he explained.

His words come after the rise of anti-AAPI attacks in America, which have coincided with racist rhetoric during the ongoing coronavirus pandemic and include the white gunman who killed eight people -- six of whom were Asian women -- at three different massage parlors last month in Georgia. Lin says that painting a complete picture in film and television will help the AAPI community "move away from that feeling of otherness," that same otherness "which enables [attackers] to better utilize it as such an easy excuse to belittle, make fun of, push aside, murder." 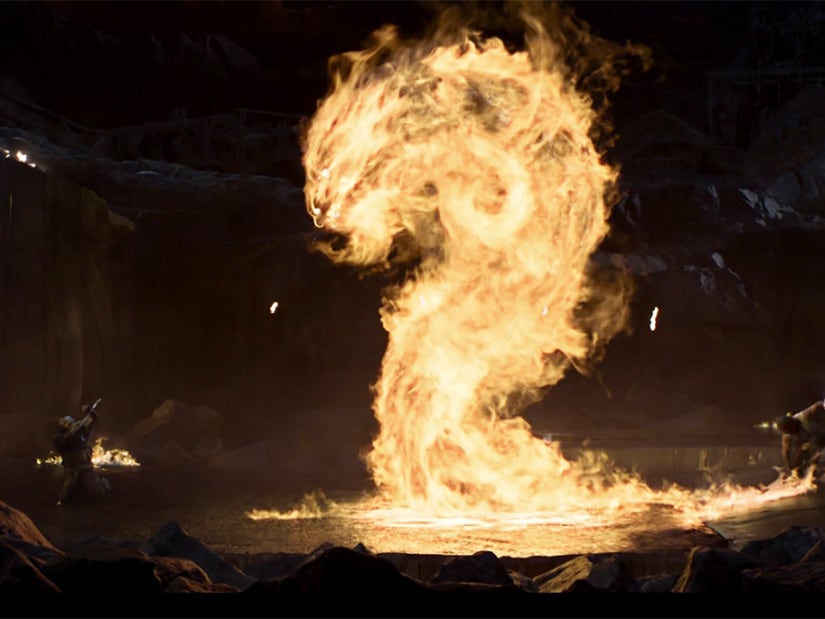 As a '90s kid, Lin grew up with Mortal Kombat being a part of his childhood, thanks to the original games and films. "The first Mortal Kombat movie meant a lot to me. I skipped school to watch the second one," he explained, saying that it's a franchise that's been with him for a long time and one he hopes will "be with me for much longer."

He was always a fan of Liu Kang and loved pitting the fire-thrower against ice warrior Sub-Zero. Lin loved using Friendships, Babalities and Animalities on his foes -- and said he approached his role in the new movie as if his Animality was a wolf. "Of course, he's also got the dragon, which is something else," he added.

"For me I think it's a great point of pride and I'm actually humbled because I think a lot of fans just pegged me as Liu Kang from the beginning. It's one of my favorite characters," he continued. "So, it's the person I went out for. I feel pretty attached to Liu Kang, and even after the movie I feel like Liu Kang has taught me a lot. So, it's him, he's the chosen one."

Once he landed the role, it was time to prepare for the grueling shoot. Not only do the fight scenes in the trailer look insane, but the red-band sneak peek (below) also proved just how violent the movie will be -- earning its R-rating.

"In terms of the training, it was really tough on my thumbs because I hadn't played video games for about 20 something years and those Switch controls -- Switch is an amazing system -- but those Switch controls aren't easy to fiddle," Lin said of his first "training" sessions. "I fired up the old game, and I was curious about the new one so I got the Switch and got the new game and just played Liu Kang for the three months beforehand."

More seriously, he said the stunt team on the film is "first class" and "some of the best people to work with." While Lin has put his fighting skills to use in the underrated 2017 "Power Rangers" reboot and the upcoming CW series "Kung Fu," the physical training for "Mortal Kombat" was unlike anything he's ever done before.

"Yeah, never done so much fighting in my life. Even when I was being bullied in high school and I was fighting everyday, I've never done so much fighting in my life," he said. "And sometimes it felt pretty real. We really wanted to get the physical feeling of this movie. [Director Simon McQuoid] really wanted that in his vision, so people could feel it, those '90s really physical, little CG or no CG action films. So, yeah we had to go through that."

While the movie doesn't hit theaters and HBO Max until later this month, the creative team behind it is already thinking big -- like, Avengers big. Producer Todd Garner recently gave an interview where he said he could see "Mortal Kombat" becoming its own MCU-style universe, with solo TV and film projects for characters and major team-up events. He even specifically floated out the idea of Lin's Liu Kang and Kung Lao getting their own show.

"Another thing I did before the film was I saw an 8-hour cut of all the CGI scenes in the Mortal Kombat 11 game, so, the storyline's already out there and I can hardly follow it," Lin said of the potential possibilities. "It just takes someone to actually tease it out to storylines that make sense."

"There's a story of Kung Lao and Liu Kang before this movie started and there will be stories after this movie. I keep saying the word reincarnation because it's how I think of it. Each revamp of Mortal Kombat is a new reincarnation," he continued. "It's another go around on the karmic wheel, and you can make as many as you want, it never ends. It just goes around and around and around and then I think that’s the human condition, right? That's why we love it. The fun never stops."

The first movie also leaves out a ton of top-tier characters, meaning there's plenty of room to expand going forward. When asked who he'd like to face off against that he didn't get to this time around, Lin was at a loss for words.

"Are you kidding? I don't even know how many characters there are in the Mortal Kombat universe. There's like what, 400 I bet. There's gotta be like more than 100, 200," he exclaimed. "And now they've also swallowed the other Warner Brothers movies like Rambo, like Terminator ... yeah, if you get me down that road I'll never stop, my mind will explode."

According to the Fandom page for the game, there are currently 97 playable characters across all the video games -- including bonus characters like Freddy Kruger, Leatherface and a ton of superheroes and villains from the DC universe. The options are certainly endless.

See what the first film has in store with it hits theaters and HBO Max on April 16.