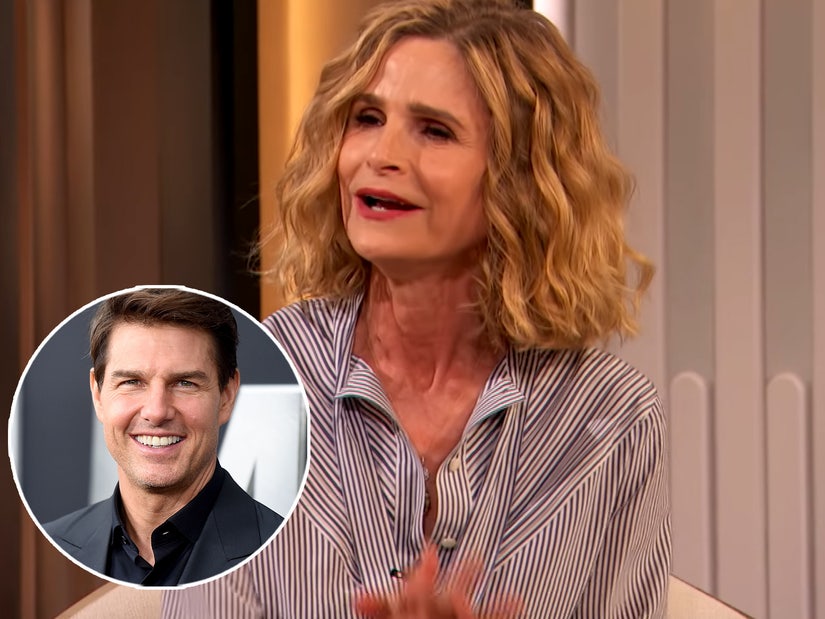 "I didn't get invited back."

Kyra Sedgwick shared a hilarious story about the time she went to a dinner party at Tom Cruise's house -- and, more specifically, why was never invited back.

While appearing on Wednesday's episode of "The Drew Barrymore Show," the actress recalled attending a star-studded dinner party at Cruise's home back in the '90s with her husband Kevin Bacon.

"It's a pretty good story. It was a sad moment, but it was a funny story. So I was pregnant, I was very pregnant, and we got invited over to dinner," Sedgwick began, noting that she had previously worked with Cruise on 1989's "Born On The Fourth of July," but at the time, her husband was was filming 1992's "A Few Good Men" with the actor.

While at Cruise's home, Sedgwick said she took a look around and noticed a "little button" under the fireplace mantle.

"It was one of those nights that I often don't get invited to," she recalled. "So there was this like fireplace mantle and I was looking around and there was this little button underneath the mantle. I was like, 'Oh what is that little button?' So I pressed the little button because I thought maybe something interesting will happen. Nothing happened and then I got a little nervous."

"They had to stop the screening," Sedgwick said. "They had to see [Tom]….I think there were more than like five cop cars, it was something."

"I didn't get invited back."

Watch Sedgwick tell the tale in the clip, above!