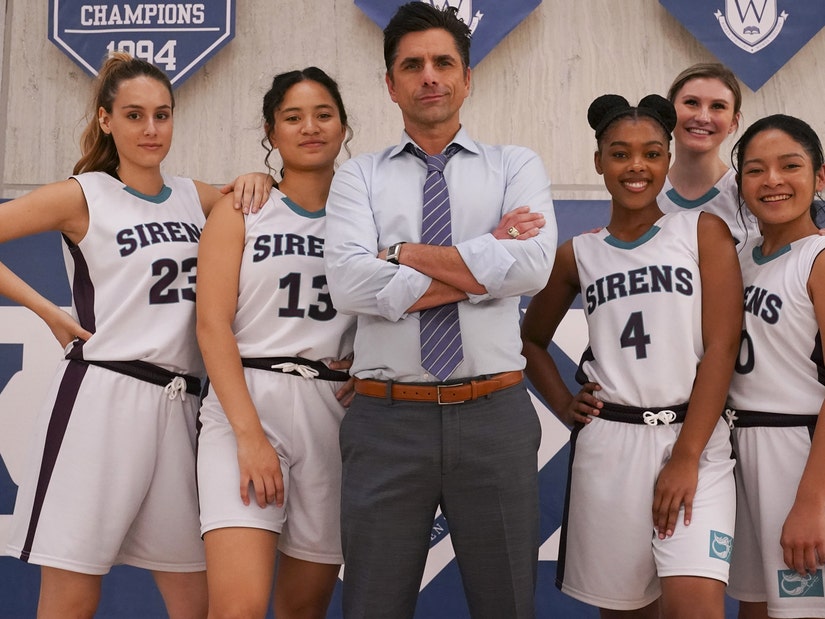 "I think we can have a really positive impact," says star Jessalyn Gilsig of the Disney+ show.

But for the women who surround him as part of the show's core ensemble, filming the show was a learning experience for them as well.

Ahead of the season premiere, TooFab caught up with show stars Jessalyn Gilsig, Cricket Wampler, Tiana Le, Tisha Custodio, Sophia Mitri Schloss, Nell Verlaque and Monique Green -- who all spoke about their training to play basketball on screen, the lessons they hope audiences take from the show and what it's really like to work opposite Stamos (Spoiler alert: he's great). 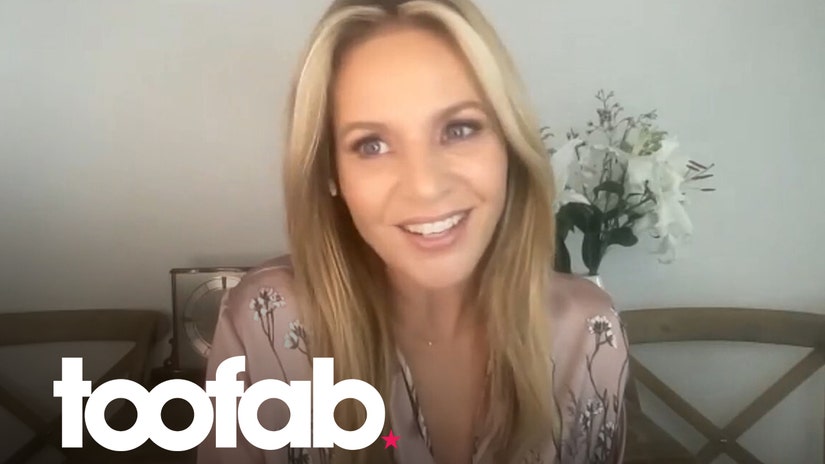 While Gilsig's character Holly starts out as the assistant coach for Stamos' Coach Marvyn Korn, the actress says the character really comes into her own as the season progresses.

"She comes to realize that she has a lot to offer, and that maybe she's been sort of minimizing her own potential, always sort of assuming that she wasn't developing skills that were just as significant as his," said the "Glee" and "Vikings" alum. "Nothing quite happens the way you think it's gonna happen when you work on a show like this, which is of course what keeps it interesting."

That arc of discovering your full potential is something with which Gilsig -- and likely many viewers -- can relate.

"And that's why this show is extremely important to me because, you almost feel when you get to my age, you're like, 'Okay, it's too late for me in some areas, but we can't let another generation of women go by without being able to access their own personal potential,'" she added. "It's just unacceptable. So, it's really fun to be able to kind of stand in as that kind of guide for these characters." 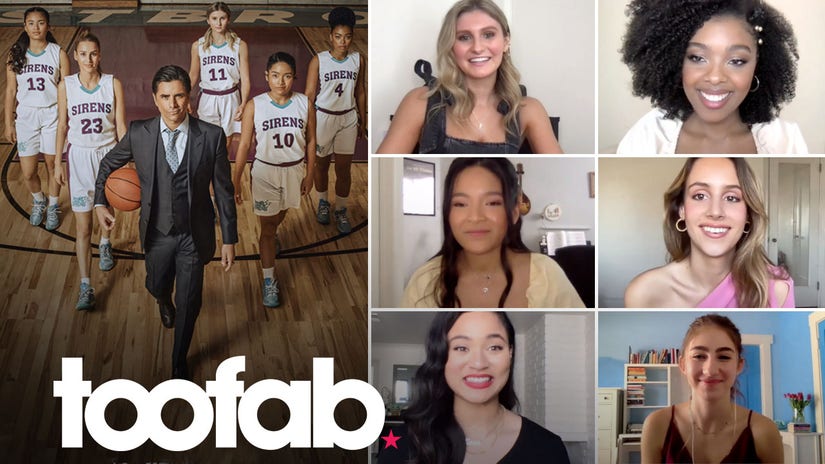 The young women playing for the all-girls high school team, however, needed a real pro for guidance when it came to looking like players on screen. While some had dabbled in sports, there was clearly a "Fake it until you make it" approach for many of them for the more athletic scenes.

"We had training for like two months together, everyday training before shooting," explained Green. "So, that was an interesting experience. Definitely a learning experience because we learned a lot of stuff that we needed to use for actual scenes."

"I did a great job at faking it," joked Verlaque. "No, I learned a lot. Yeah, we did the basketball all the time and we worked our butts off so I'm hoping that it paid off because everything you see is real. None of it was fake in any way."

"I think we all had a lot of faking going on," added Wampler. "Some of us come from basketball families with family members who played in college and what not. I played a couple years personally, but when I was young like intermediate/middle school."

Le also came from a "super athletic family" and while her brother played the game, she never did. The actress explained that the women all trained with consultant and former player for University of Kentucky Keyla Snowden to prep for the show -- and, over time, "really became such a team." She added, "Our abilities, I mean just the improvement, is insane."

Gilsig agreed, saying it's a "life imitates art thing," where they "really did become a team." She added, "I think at first when we put all our uniforms on, and I put on the track suit on it felt a little goofy, and then over time it felt really natural."

The actress said she watched some of the training and noted how the pros they brought in -- many who have played for the WNBA or Division 1 teams -- had such a different relationship with their bodies than women are normally "conditioned" to have.

"They are so powerful," she said. "They're so grounded, and I think if we could promote that notion, I think we can have a really positive impact."

She also acknowledged that it can sometimes be a "struggle" to keep young women in sports as they grow up. "I think part of that is because it's not supported, and it's not recognized as being as valuable," said Gilsig. "It's not necessarily about going to Division 1, about playing professionally, it's about being active in your life, and learning different skills that can only come from being part of a team."

All of the women involved in the show had nothing but amazing things to say about their male costar -- praising his dedication and humility with them all.

"John is one of most famous people I've ever met," admitted Gilsig, "and I don't even know what it's like to live like that, but let me tell you something, on set he is the hardest working of all of us."

"He is relentless in his standards, and his expectations -- for himself, and for the show," she added. "We owe him a huge debt of gratitude because he is tireless in his determination to make this show as grounded in something that's going to matter to as many people as possible. And it's always fun to see somebody that successful, that renowned, to understand what their relationship is to their work and he's truly an artist." 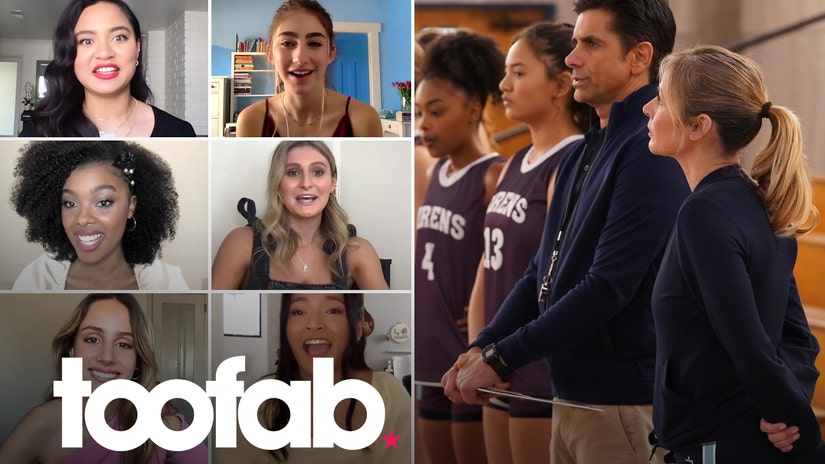 Stamos has been nothing but a cheerleader for all the young women in the cast too, praising them on social media and letting the world know what stars they really are.

"It feels amazing," said Verlaque. "It's not just on social media. I mean, we talk, we text because I'm in New York and he always checks in on me, and he's always been so supportive to all of us and because he has so much more experience than us. I think he took us under his wing a bit, and he's just such a silly dude. He's so funny and wild. He loves doing this, so it's infectious. It makes everyone feel the same, which is great."

Cusdodio said she was surprised by "how generous" and kind Stamos was. "Because he's a big name I didn't really know what to expect," she said, "and this is my first big show and I don't know what A-list celebrities really act like, but he was just so welcoming and he taught us so much about this industry."

For Schloss, who plays Stamos' on-screen daughter, the actor went out of his way to make sure "the environment on set felt as safe as possible" and "as fun as possible." She said not only did he take them under his wing, but he also asked for their input during filming. "He really respected my input and valued my opinions and that's a wonderful thing with any acting relationship," she added, "but especially with somebody like John, who just knows what he's doing."

Stamos, of course, is a massive Disneyland fan -- meaning this role on a Disney+ series must be a huge deal for him. His love of the Mouse House was also something the girls discovered over time.

"I found out when we went to his house and he had a giant Dumbo seat that we all sat in," said Verlaque -- while Green said the dead giveaway was "the big D from the Disneyland sign in his backyard."

"I think it makes sense too," said Le. "He's such a family oriented guy, and that's what Disney stands for. It stands for family, especially with our show. It's honestly the perfect family show because all members of the family can watch it. "

"It has something in it for everyone," she added, "and I think with John you see that he really kind of embodies that Disney mentality of just like, everyone's family, like big hugs."