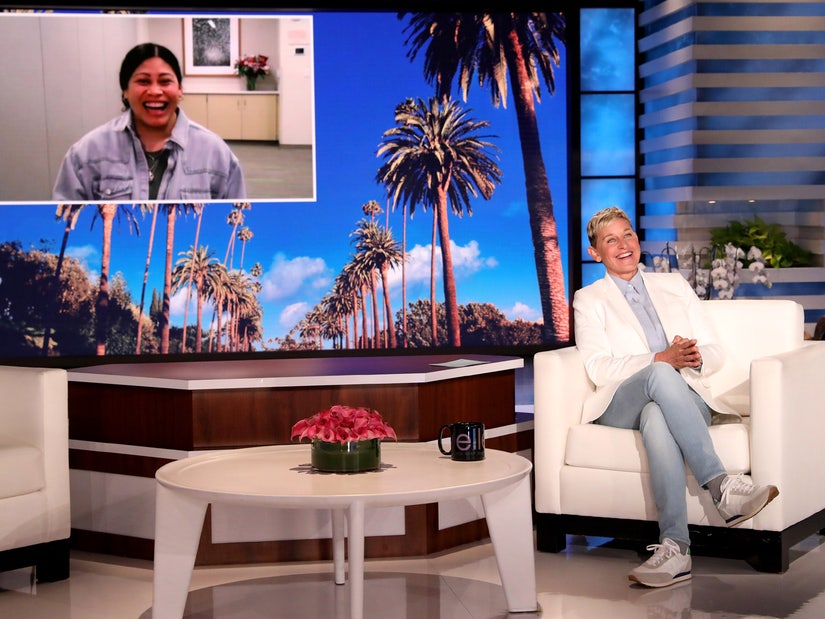 "I passed out for a little," the new mom recalled. "And I came to and baby was here!"

Lavinia "Lavi" Mounga -- the woman who unexpectedly gave birth on a plane after not knowing she was pregnant -- is opening up about her surprising in-flight delivery that made headlines last month.

On Monday's episode of "The Ellen DeGeneres Show," the new mom recalled the experience of delivering a baby boy -- whom she named Raymond -- while on a Delta Airlines flight from Salt Lake City to Honolulu, Hawaii. 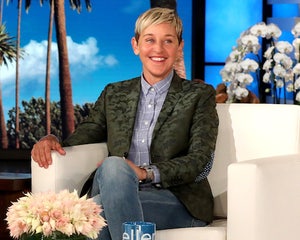 "At the airport, I was feeling kind of sick, just my stomach," began Lavi, who is from Orem, Utah. "But then got on the plane and I just couldn't settle in to fall asleep. I got up, was having cramps, went to the restroom. I was in there for a while and my water broke. I didn't know then, but I know now."

"I passed out for a little," she added. "And I came to and baby was here!"

"Wait, so you passed out, you wake up and there was a baby?" Ellen asked, to which Lavi replied with a smile, "Yes, just like the best surprise ... and shock of my life."

Coincidentally, there were not one, but five, healthcare workers on the flight who rushed to help Lavi, including NICU nurses -- Lani Bamfield, Amanda Beeding and Mimi Ho -- and Dr. Dale Glenn, a physician with Hawaii Pacific Health, and his daughter Lindsay, who is a physician's assistant.

Ellen invited the healthcare professionals on her show -- and they detailed what went down during the flight.

"I just heard someone yelling 'medical, medical!'" Lindsay explained. "I jumped up from my seat and ran to the bathroom and it was her sister-in-law who was standing outside and I said, 'What's going on?' and she said, 'She just gave birth.' [I] opened the door and there was Lavi holding her tiny little baby. Within seconds Lani was there and she said, 'We're NICU nurses.' And I was like, 'Oh good, we're going to be just fine. We got this.' And we got to work."

"We got back there and I saw Lavi holding Raymond," added NICU nurse Lani. "I took my blanket and we started rubbing him down and stimulating him real good."

"We're NICU nurses, so that's what we do in a hospital in a regular delivery -- not on an airplane normally," Lani continued. "So we started stimulating him and then Mimi and Amanda were right behind me and they're like, 'Are you good?' And I'm like, 'No, there's a baby and he's little. Get back here.' So they come back and we were able to use a shoestring to cut off the cord and Amanda took over with the mom and we brought baby Raymond down to the floor to get to work."

Dr. Glenn soon jumped in. "I was a little bit late to the scene, but my daughter kind of bumped me and said, 'Dad, they just called for a doctor, you better get to work,'" he recalled. "So I went up to the middle of the plane and there I found that the nurses were doing a great job taking care of baby and taking care of mom."

Dr. Glenn said his daughter was helping out Lavi, while he and the NICU nurses began "working on baby Raymond," who initially wasn't "breathing well."

"He was a very small baby, less than three pounds. He was having trouble breathing and his color was a little bit dark," Dr. Glenn recounted, before detailing how they made their own medical equipment on the plane.

"We started looking to see what we had on the airplane and nothing we had there was designed for a premature baby," he explained. "So we had to start making our own equipment. We had one passenger give us the shoelace to cut the cord, another passenger gave us a sock that was clean to use for a hat. We made an oxygen mask out of the equipment we had there from the airplane oxygen. We used an Apple Watch for a short time as a heart monitor. We asked for a thermometer, we were using plastic bags and blankets, and a lot of people stepped in to help out so that we could really get this baby a lot safer."

After a commercial break, Ellen surprised Lavi with all of the gifts she gave away on her Mother's Day show. In addition, Shutterfly gave $10,000 to Lavi, who broke down in tears. Shutterfly also gifted the healthcare heroes $5,000 each.