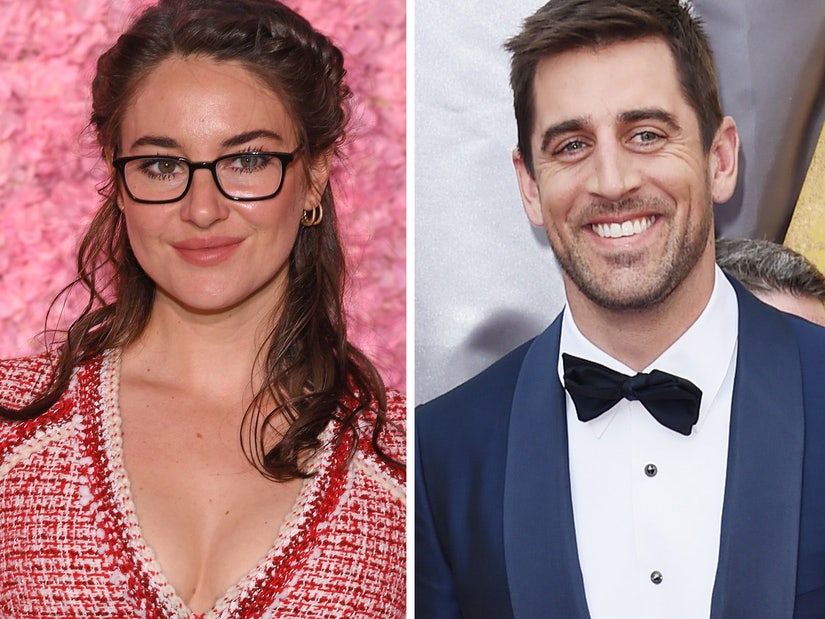 "I have the perspective that I would have met Aaron in any context, any space in time."

Shailene Woodley says she and fiancé Aaron Rodgers were "meant to be."

In an interview with Shape for their June/August cover story, the actress spoke candidly about her romance with the Green Bay Packers quarterback, including how dating during the coronavirus pandemic affected their relationship.

"Starting a relationship where you immediately move in with someone -- because it's a pandemic and you can't just get on a plane and go back and forth on weekends -- taught us a lot about each other very quickly," explained Woodley, 29.

"We jumped in headfirst and got some of the sticky bits out of the way early," she added.

Although the couple may have had an untraditional courtship, Woodley said, "I have the perspective that I would have met Aaron in any context, any space in time, because I feel we were meant to be together."

The "Descendants" actress confirmed her engagement to the NFL star, 37, back in February during a virtual appearance on "The Tonight Show Starring Jimmy Fallon."

"Yes, we are engaged," Woodley told Fallon. "But for us, it's not new news, you know? So it's kind of funny. Everybody right now is freaking out over it and we're like, 'Yeah, we've been engaged for a while.'"

Woodley described her husband-to-be as a "wonderful, incredible human being" and doesn't "know him as a football guy."

"I never thought I'd be engaged with somebody who threw balls for a living," she jokingly shared. "Like, I never thought as a little girl, I was like, 'Yeah, when I grow up, I'm gonna marry someone who throws balls! Yeah!' But he's really just so good at it."

A few weeks earlier, Rodgers revealed he was engaged during his 2020 NFL MVP award acceptance speech. However, he didn't name his fiancée at the time.

The pro athlete's speech came only a few days after it was reported he was dating Woodley.

Before Woodley, Rodgers was in a relationship with Danica Patrick from January 2018 to July 2020, while Woodley reportedly began dating Australian-Fijian rugby player Ben Volavola in 2018. However, in an interview with the New York Times in April 2020, Woodley appeared to confirm she had split from Volavola, saying she was "very much single."