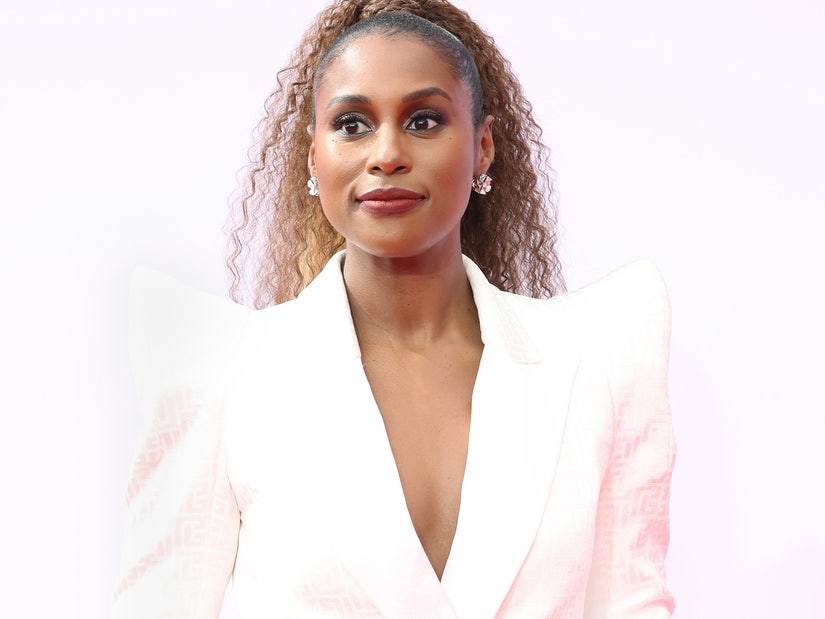 The "Insecure" star confirmed the news with a wedding day photo dump.

Nothing to be "Insecure" about here -- Issa Rae is a married woman!

The actress and co-creator of her own HBO show tied the knot with fiancé Louis Diame in Saint-Jean-Cap-Ferrat on the French Riviera over the weekend, something Rae herself confirmed with a photo dump in images from her big day.

"A) Impromptu photo shoot in a custom @verawanggang dress," she began her tongue-in-cheek caption for ten stunning images from the event. "B) My girls came to help me, but they all coincidentally had on the same dress! They were sooooo embarrassed. C) Then I took a few flicks with Somebody's Husband."

"Big thanks to @whiteedenweddings for being so gracious and accommodating and making this feel so real and special," she added.

In the pictures, the bride looks gorgeous in a white tulle Vera Wang dress with a sweetheart neckline and her hair pulled back. The bridesmaids all wore pink dresses, while the groom looked dapper in a red, crushed velvet tux.

The wedding day reveal is kind of a big deal for Rae, who has been pretty private when it comes to her personal life. In fact, she never actually confirmed she and Diame were even engaged after she was first spotted wearing a ring on that finger on the cover of Essence magazine in April 2019.

As recently as May, in an interview with Vanity Fair, she joked she was "fully single." Issa met her businessman husband when she was in college -- with Rae reportedly writing in her memoir that from their "very first five-hour conversation," she knew he was the one.