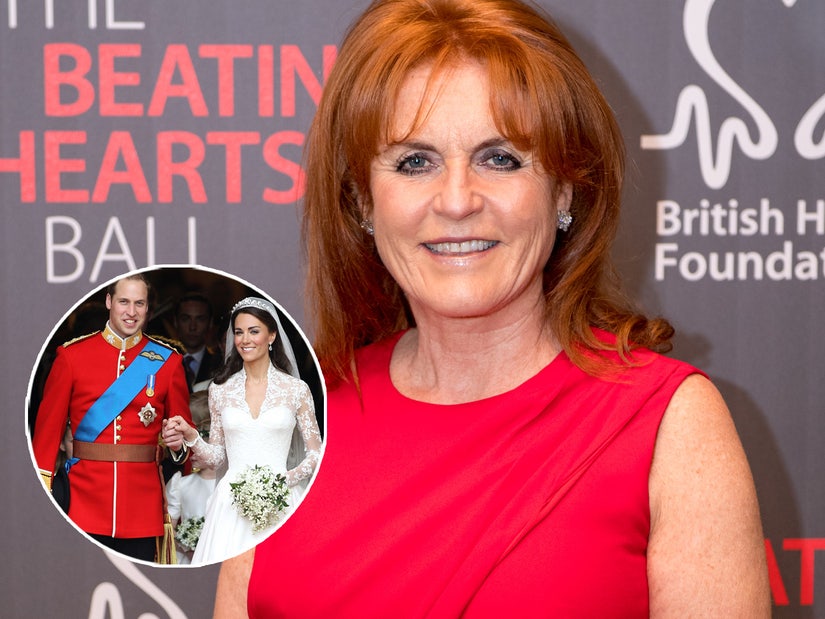 Fergie also reveals how she was snubbed by "The Crown."

Sarah Ferguson may have returned to the good graces of the royal family in time for Prince Harry's wedding to Meghan Markle, she was excluded from attending Prince William and Kate Middleton's big day.

In a new profile for Town & Country, Ferguson -- AKA the Duchess of York and ex-wife of Prince Andrew -- reveals how it made her feel after she failed to score an invitation to the 2011 nuptials.

"I didn't think I was probably worthy to go to their wedding," Ferguson told the publication. "I took myself to Thailand, actually, to be far away from it so that I could try and heal."

Will and Kate aren't the only ones who snubbed Fergie in recent years, as the 61-year-old Duchess revealed she was also turned down by "The Crown," as in the Netflix series dramatizing the lives of the royal family.

"Hello? Where is Fergie?" she joked of the show, which has barely included her thus far, aside from a brief recreation of her wedding to Prince Andrew. Ferguson claimed she wrote a letter to the executive producer of the show, offering her services as a consultant -- but was rebuffed.

"I said to him, 'Why can't I help my character?'" she said, with Town & Country saying the offer was declined.

While she's had her own issues with the so-called "Institution" over the years thanks to some tell-all books, Ferguson didn't have much to add in regards to Harry's recent battle with the crown following his and Meghan's explosive interview with Oprah Winfrey earlier this year.

Declining to comment on their claims, Ferguson only said she believed Princess Diana "would be so proud of her boys" and "so proud of her grandchildren."