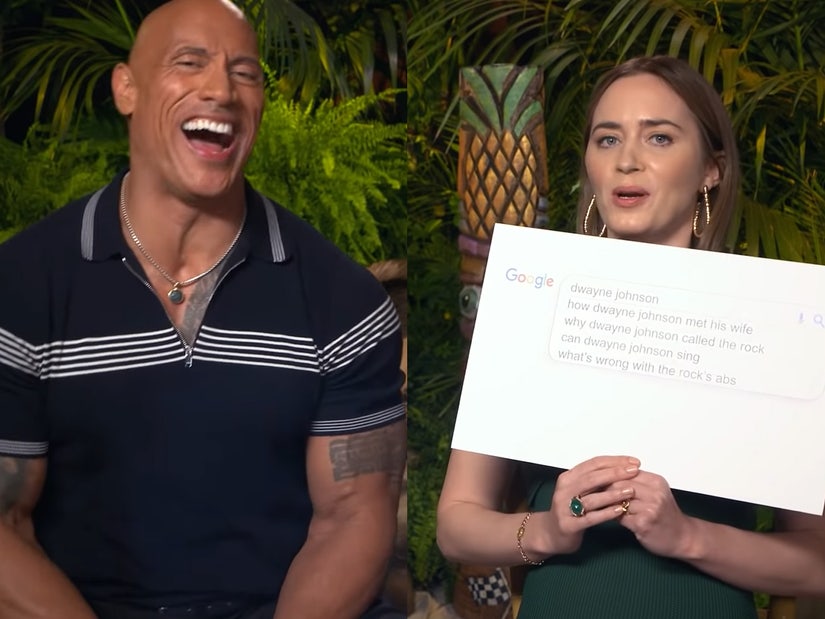 "That is f---ed up! Who wrote that? What is wrong with them?" agreed Emily Blunt.

Dwayne "The Rock" Johnson is sharing the story behind his six-pack ... or lack thereof.

The actor and his "Jungle Cruise" co-star Emily Blunt participated in the latest edition of Wired's Autocomplete Interview. In the video, which was posted on Monday, the two answered commonly Googled questions about themselves, such as what was Blunt's first movie and how Johnson got his nickname of "The Rock."

However, the final question, directed at Johnson, threw a little shade at the "Moana" star's physique.

"What's wrong with The Rock's abs?" Blunt said, reading the question, to which Johnson burst into laughter. "That's so f---ed up," he quipped.

Agreeing with her co-star, Blunt replied, "That is f---ed up! Who wrote that? What is wrong with them?"

Johnson pointed out that there's "nothing wrong" with his abs, before explaining why fans may wonder why his abs look a little different. "I think because on Instagram, all of these Instagram fitness models have these incredible, six, eight, 12, 24-pack stomachs," he said.

The "Jumanji" star said he was injured in that area during a WWE match and had to undergo a triple hernia "emergency surgery."

"I had to do a triple hernia emergency surgery of a tear, a tear and a tear," he said.

"Now, they look pretty messed up," Blunt said and Johnson added, "Yeah, so they're not like perfect abs."

Blunt told the camera that it's "not [Johnson's] fault," asking the Googlers, "What's wrong with your abs? Where are your abs, you know?"

After Johnson continued to repeat details from his accident -- jokingly calling out the "f---ing a--holes" who had searched about his abs -- Blunt said, "You have freaked him out now!"

Watch it all go down and find out the answers to more commonly-asked questions above.