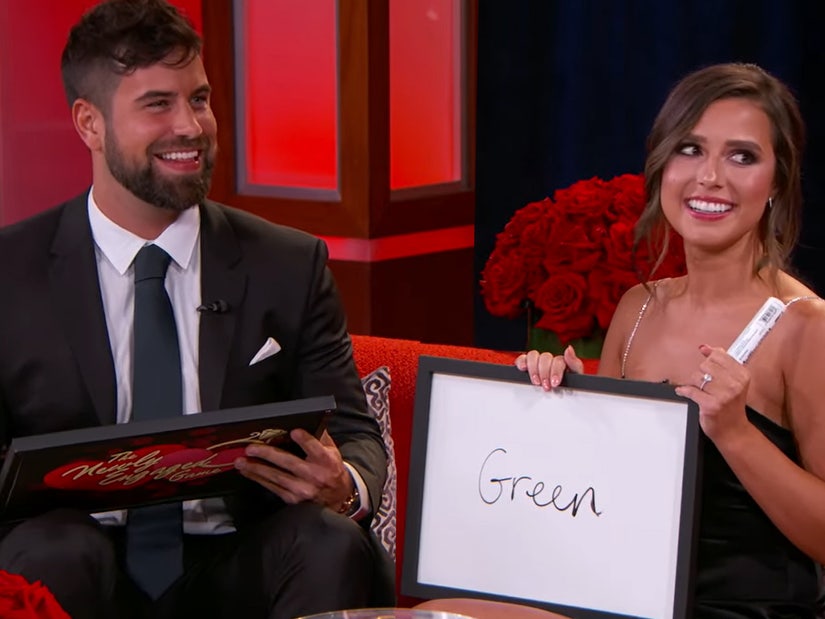 After accepting Blake Moynes' proposal on the season finale of "The Bachelorette," star Katie Thurston and her new fiancé appeared on "Jimmy Kimmel Live" to prove how well -- or not well -- they know each other.

The duo stopped by Kimmel's studio on Monday night, where they sat down with guest host and longtime "Bachelor" fan David Spade. After the two revealed they didn't tell a single soul about their engagement, Spade put their relationship to the test with a round of "The Newly Engaged Game."

A ripoff of "The Newlywed Game," the pair were asked a series of questions about the other and picked up some wedding registry gifts for every answer they both got correct. The prizes included a salad spinner, waffle maker, meat thermometer, blender and, of course, Joe Dirt bed sheets.

First up, Spade asked them to write down their partner's eye color without looking. It was a match, though the word "Hazel" escaped Blake's brain and he wrote down "Browny green" instead.

Next, they were asked about their favorite food. While he got hers correct -- sushi -- she was very wrong with her "pickles" answer. Katie got the next question wrong as well, likely hoping she'd be safe by writing down two very generic names -- Johnny and Chris -- when asked to name two of his closest friends. He, however, got it right. 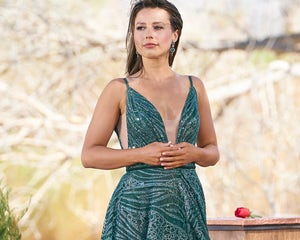 Bachelor Finale Blowup: Blake or Justin? -- Plus, Katie Destroys Greg and Her Aunt Destroys Everyone

The two scored another point when they wrote down their partner's biggest phobias -- spiders for Katie and "pure darkness" for Blake -- before it came down to the final and most-TMI question of the night.

"How many times have you made whoopie?" asked Spade.

Katie answered with a solid 43, while Blake replied with 30 -- noting that they were both in the same "realm." Spade seemed genuinely shocked by the replies, commenting that it was "just a high number."

"He's just jealous!" exclaimed Katie, as David admitted that he was and cracked that their number was equal to his "last five years."