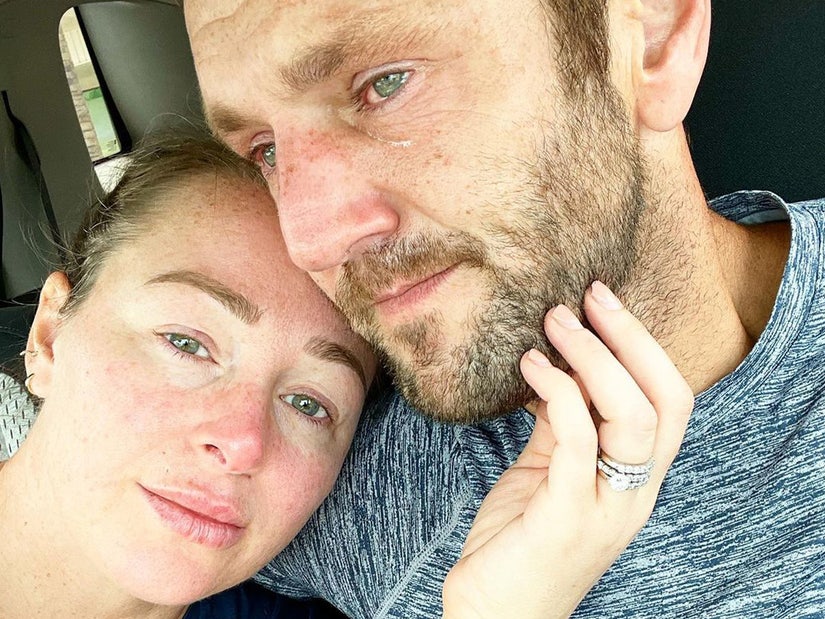 "It started w anger, yelling, blaming," she captioned an "ugly cry" selfie of the two after the therapy session.

Jamie Otis and Doug Hehner just opened up about "fighting" for their marriage.

The two, who met and tied the knot on "Married at First Sight" in 2014 following her appearance on Ben Flajnik's season of "The Bachelor," shared an emotional selfie Tuesday on Instagram, showing the two holding onto each other with tears in their eyes after what must have been a rollercoaster of a therapy session.

"We're not giving up on each other—not now, not ever," Otis began her lengthy caption for the picture. "TBH, sitting in the car in a random parking lot crying-like the hard ugly cry with snotty noses & hiccups-was not at all what I intended on sharing today🙈...but here we are🤪⁣"

"We just finished a heated call w our therapist👀 It started w anger, yelling, blaming..but ended w us holding each other & trying to figure out our next steps TOGETHER," she continued. "gosh, a good therapist is everything!💯❤️⁣"

While Otis said she hoped to do some "body positive" posts to encourage confidence in her followers, she added that, "right now, I feel like that just isn't my own reality." Vowing to keep things real on her page, she added that she's "a complete mess at times ... and lately, I feel like I've been a mess ALL of the time."

Saying she's a fighter, Otis added that she's not only fighting for her family, but "right now, I'm fighting for my marriage. For my children. For ME." She ended her post with a stream of hashtags, including #MarriageGoals #HusbandAndWife #TherapyIsCool #TherapyWorks and #Commitment.

The two are parents to 3 1/2-year-old daughter Henley and 15-month-old son Hendrix. In addition to appearing on "Married at First Sight" they also starred on spinoff "Married at First Sight: The First Year," have their own "Hanging with the Hehners" YouTube channel and discuss married life on their "Hot Marriage. Cool Parents" podcast.

On the podcast back in May, Otis revealed she was having trust issues with Hehner, who admitted to making "mistakes" in their marriage. "I'm in a rut here and I'm begging for help in every aspect of my life ... I'm angry and sad and hurt and I don't know what to do," she added. "Needless to say, we're obviously working on our marriage. I'm just at a loss. I feel completely deflated."