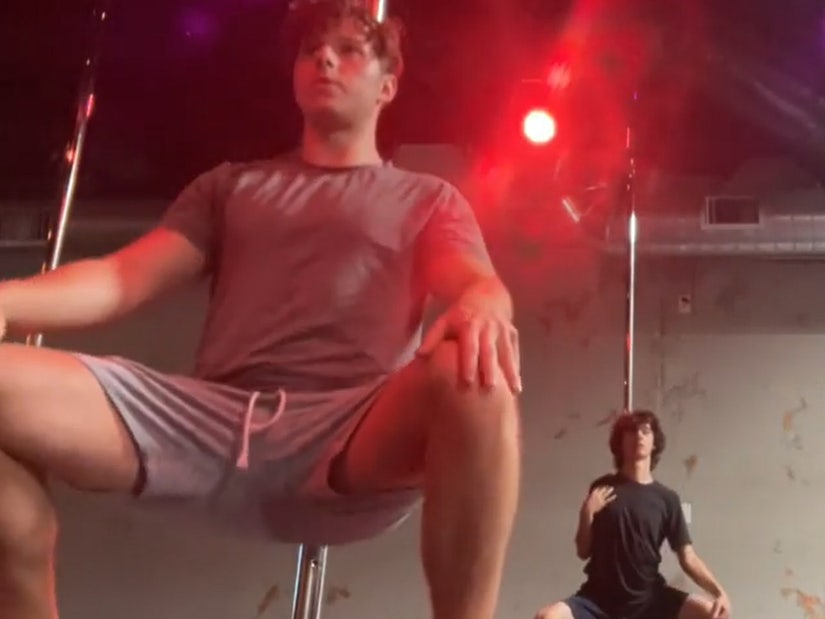 "Yet another child actor lost to the pole."

If there's ever another Magic Mike sequel hit up Nolan Gould ... despite his own "tragic' view of his dancing skills.

On Monday, the "Modern Family" alum took to Instagram to post a video from his first pole dancing class, sharing that he "always wanted to try it." In the clip, Gould, 22, who was wearing a gray t-shirt and shorts, danced to Russ' "What They Want" -- and it's safe to say the actor's got some moves! 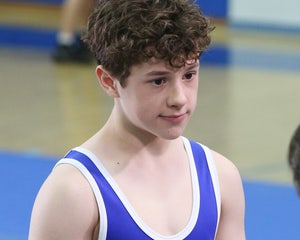 "Might delete this immediately but had to share the results of my first pole dancing class," he continued in the caption. "Always wanted to try it."

"Thanks @alyssadventures for an amazing class and my supportive friends for helping make it happen," Gould added.

"I am uncoordinated and inflexible as hell. My body is basically made of Lego bricks," he joked joked.

Stars and fans alike took to the comments section to share their thoughts on the actor's video.

Gould's former "Modern Family" co-star Jesse Tyler Ferguson joked, "Make good tips?" while his husband Justin Mikita commented, "I'm so mad you didn't invite me to do this with you."

Fellow "Modern Family" alum Rico Rodriguez also chimed in. "I hate when I forget my ones," he quipped, adding an angry face emoji.

Movie still photographer Hopper Stone, quipped, "Yet another child actor lost to the pole." Gould replied, "I wanna steal this caption so bad." He also pinned the comment, in addition to another hilarious comment from a user named Zoe Brown, who wrote, "so this is what you meant by encouraging youth to get to the polls." 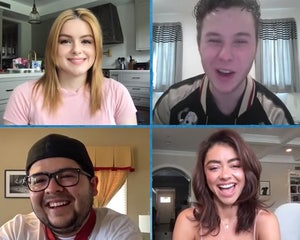 Earlier this year, Gould debuted his incredible body transformation and opened up about his fitness journey in an interview with PEOPLE.

Speaking with the publication in February, Gould said he decided to start his post "Modern Family" life by getting into incredible physical shape to open doors for different acting gigs.

"I feel like now it's time to kind of make a decision on where I want to go with my career, and one of the ways you can do that is by changing my look and my mindset," he said.

Gould went on to explain how his personal trainer friend motivated him with a "socially-distant" setup that allowed him to work out while staying safe.

"It's been nice," he continued. "Especially being unemployed in quarantine, having a reason to get up and stay motivated. It's been something that's been very healthy and positive for me in quarantine. It's really changed my outlook."

As he said he is "obsessed with Keanu Reeves movies" and would like to perform his own stunts one day, Nolan had to stay on a strict diet as well to obtain that action star physique.

"I'm eating so much healthier, even though there's less of it," he explained. "What I get is actually really healthy food for you: lean protein, eating as many vegetables as you want and staying away from things like soda. Nourishing the mind, body, all that. And actually, for me the biggest thing was cutting out alcohol, for me that's actually been very nice."

"I feel more clear-headed and have been doing as much writing as possible, being in acting class, taking all the steps I can so when the pandemic's finally over, hopefully I'll just be ready to go to work."

Not only will the transformation help him with his acting goals, but also in tackling a few other items on his bucket list.

"I know I want to climb big rock walls in Yosemite, and so I want to get fit for that," he said. "One of my big life goals is to do the Pacific Crest Trail which is up the coast of America, Mexico to Canada and back." 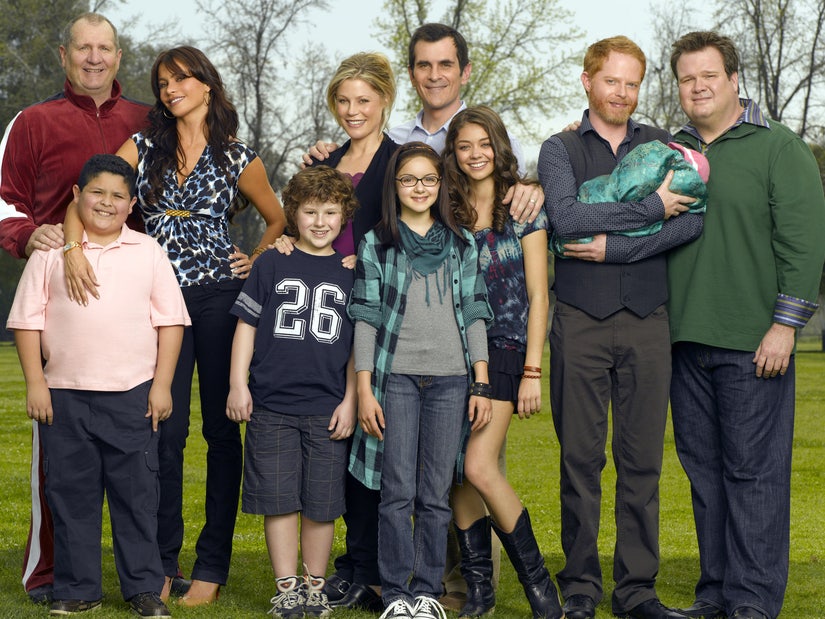