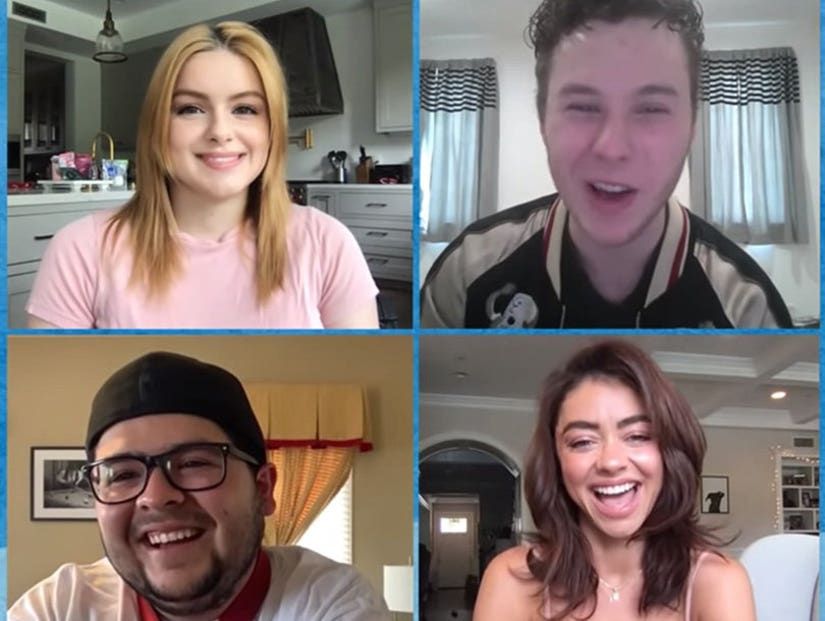 On the eve of their series finale, Ariel Winter, Nolan Gould, Rico Rodriguez and Sarah Hyland converge on "Jimmy Kimmel Live" to show off their dogs, their booze and their sob stories.

After 11 seasons, "Modern Family" is signing off for good with a one-hour swan song tonight on ABC. The series finale is preceded by a retrospective special, meaning fans will have two hours to prepare to say goodbye.

It's remarkable for any show to last more than a decade, but Jimmy Kimmel put it quickly into perspective for America when he had on as guests Ariel Winter, Nolan Gould, Rico Rodriguez and Sarah Hyland. 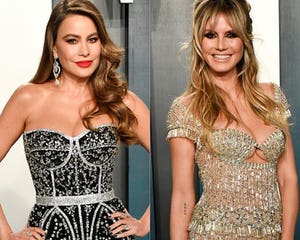 In a virtual scavenger hunt -- as he had each of them on from their respective homes -- he sent them off to find the biggest bottle of alcohol in their homes. "That's right, America," he said. "The kids from 'Modern Family' are now all of legal drinking age. Now do you feel old?"

At another point, he tasked them with grabbing something they love and every single one of them came back with a dog. Nolan, who was last to arrive and so hadn't seen what everyone had grabbed even said as he was sitting, " I feel like we all grabbed dogs, did we?"

Sarah, who was 18 when the show began as we mentioned is now 29 years old. Ariel is now 22 years old while both Nolan and Rico are 21 years old, making the entire cast of legal age and making those of us who remember the pilot when it first aired and took the nation by storm feeling every bit of those 11 years. 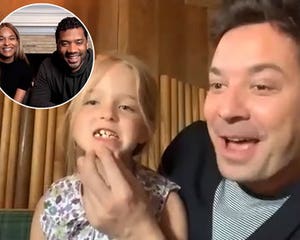 Earlier in the interview, Jimmy thought he might be able to make the kids squirm by asking them which of their cast-members they'd miss the most after all those years, but Ariel shut that down almost immediately with a very thoughtful answer.

"If I didn't live so close to Nolan and Nolan and I weren't so close, it'd be Nolan, but I live close to Nolan. I live near Rico and I can talk to Rico, I live near Sarah," she reasoned. "I'm gonna say Ed [O'Neill] because Ed is always either in Hawaii or so far away."

Sarah immediately said that Ariel had made "a good point" because they don't expect to see him as much. In fact, Nolan said Ed is in Hawaii right now. "I'm like, are you on lockdown in your beach house in Hawaii, Ed?" he joked. "You poor thing. I hope you're gonna be okay."

After admitting that none of them had even seen the series finale yet and that they expect to sob with viewers at home from their homes, Jimmy asked who was crying during the filming of the episode. 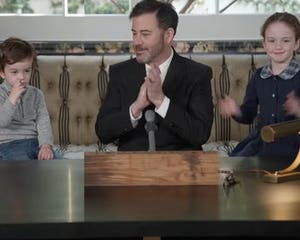 "I was like kind of keeping it together for the last shot and then right when I heard everyone was starting to talk ... where that was the last take, then all of a sudden Ed [O'Neill] put his arm around me and I went from zero to 100 real quick," Rico said. "It was just waterworks the rest of the day."

Ariel joked that she "hugged Nolan as he sobbed" while Sarah actually looked like she was going to get emotoinal thinking about it right now.

No matter your relationship with the show now, there's no denying that "Modern Family" was the biggest show on television at one time, and audiences have watched these kids grow into adults before our very eyes.

While its regular audience now is about a third what it was at its height (hitting almost 13 million weekly viewers in its third season), the show is still a cultural milestone and we would expect a lot of people will be tuning in to see just how their stories end. And right along with them will be four of the young stars we all fell in love with over a decade ago now.

"Modern Family" wraps it all up tonight, beginning with "A Modern Farewell" at 8 p.m. ET followed by the one-hour series finale at 9 p.m. ET on ABC. 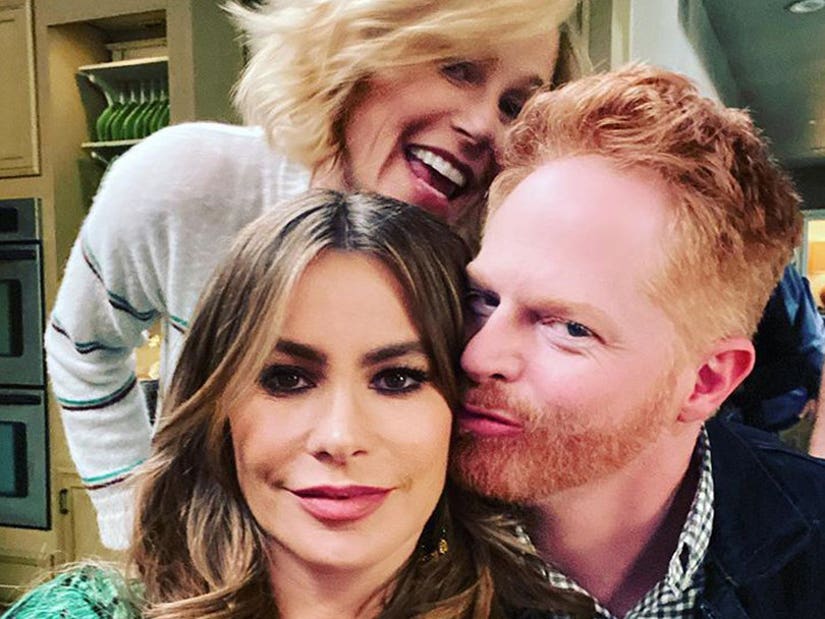