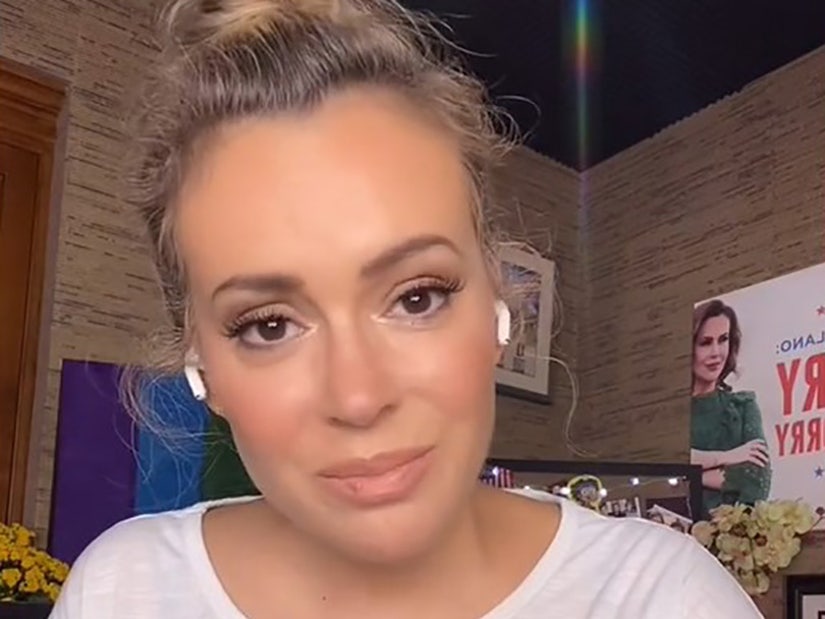 The actress was in the car with her uncle, who was driving, when he suffered a heart attack and crashed.

It's been nearly a week since Alyssa Milano was in a "horrifying" car accident with her Uncle Mitch, and she tells fans that he's still on life support and "the doctors say that every day is a miracle that he still hangs on."

The actress took to her TikTok on Monday with an update for her concerned fans after she'd previously revealed that her Uncle Mitch suffered a heart attack and passed out while he was driving her to a doctor's appointment on Tuesday of last week.

"It was some of the most horrifying moments of my life," said Milano in her TikTok. The actress also shared an update at the top of her latest Instagram post, where she described the accident as "trauma-inducing."

According to TMZ, who was first to report it, the accident could have been far worse had it not been for Milano's quick thinking. As her uncle fell unconscious, another vehicle struck theirs, but Milano quickly reached over to hit the brakes with her hand. She then proceeded to give CPR until help arrived.

Milano passionate thanked the "good samaritans" who stopped at the accident site to help, before updating fans that her uncle is still on life support, but is "in and out of consciousness."

She credited the staff at the UCLA Medical Center for taking good care of him, but emphasized that "he's got a long road ahead of him." As an example, she said that he had a fever that spiked to 103 on Sunday, leading them to think he has an infection he's battling, as well.

"But he is a fighter, Uncle Mitch is a fighter, and the doctors say that every day is a miracle that he still hangs on," Milano said. "So, thank you again, for your concern, for wanting to know how he is."

Then, just as she did in a previous post to her Instagram shortly after the accident, she urged her followers to get CPR trained. "You could be called upon to save a life at some point, and it's really, really valuable to know how to do that."

She thanked her fans for all of their love and support, and did share an uplifting story about Mitch's recovery and awareness. "My brother went there yesterday and played him some 'oldies' and his whole body started moving, so he really loved that," she said with a smile.