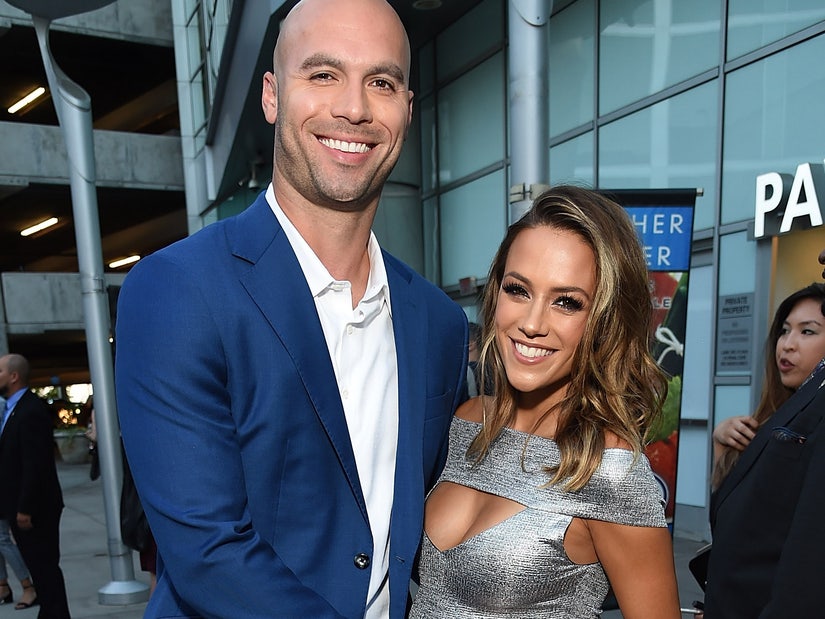 The two finalized their divorce in July.

Is Jana Kramer out here subtweeting her ex, Mike Caussin?

That's the question after she sent out a tweet which raised quite a few eyebrows on Sunday, the same day her ex-husband was allegedly spotted out with a new woman.

Over the weekend, celebrity gossip Instagram accounts Girl Gangz and Cocktails and Gossip shared photos that appeared to show Caussin at a beach club in Mexico with a mystery woman. In the pictures, she was seen sitting on his lap as they both rocked their swimsuits.

Only a few hours after both accounts shared the images, Jana took to Twitter to share a cryptic tweet many of her followers took to mean Caussin had apparently moved on. "Best of luck. Is all I have to say," she wrote on Sunday evening, with no other context.

Best of luck. Is all I have to say.

After firing off that tweet, an E! source close to Kramer said the mother-of-two "has been making her kids priority and their health and happiness will always be her focus." The source added that she "will always do what's best for them."

Kramer filed for divorce from Caussin in April after nearly six years of marriage. The former couple was open in the past about Caussin's repeated infidelity. In the divorce docs, obtained by E!, Kramer cited "inappropriate marital conduct, irreconcilable differences and adultery" as cause for the divorce. Caussin hasn't yet made any comment on the split. The divorce was finalized in July.

"Today has not been easy and I didn't know if I would even say anything. If I'm honest I had no idea how I would feel. Relieved? Sad?" she said the day the paperwork went through. "But I got the 'final' call that I'm officially divorced and the tears came."

Caussin, meanwhile, hasn't said a thing publicly about the split and has no social media of his own.