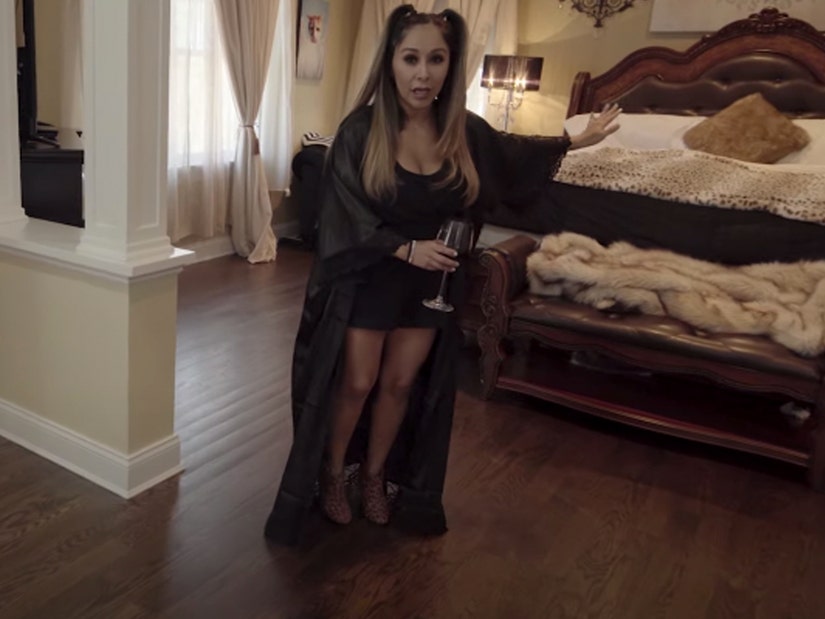 The reality star also shows off the shrine to her late cat Rocky in this sneak peek.

Nicole "Snooki" Polizzi is showing fans where all the magic happens.

In this preview for Wednesday's new episode of MTV's "Cribs" revival, the "Jersey Shore Family Vacation" star gives viewers a glimpse into the bedroom she shares with her husband and father of her three children, Jionni LaValle.

Nicole and Jionni are already parents to sons Lorenzo and Angelo, ages 8 and 2, and 6-year-old daughter Giovanna.

In the corner of the room, meanwhile, there's a tribute to one of her fur babies. Near the bed, it's hard to miss a portrait of a cat with angel wings -- a tribute to her late cat Rocky, who passed away in 2013.

"A lot of people do come in my room and they're like, 'Why do you have a picture of your cat?' This is my best friend brother," she explained. "I got Rocky when I was 13 and then he died. Anytime that I'm sad or upset, I just turn around and look at Rocky and he's watching over me in his angel suit."