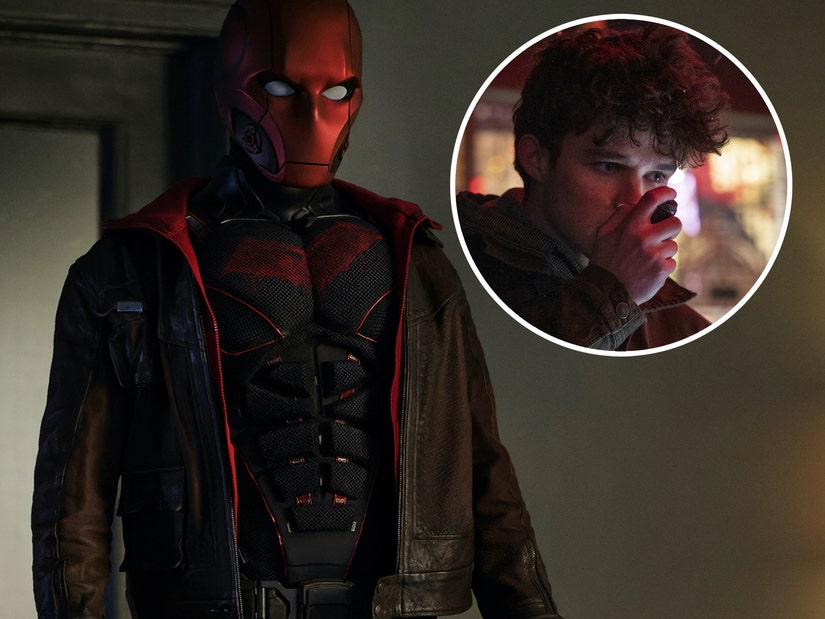 The actor talks about that heartbreaking death, Tim Drake, Jason's relationship with Crane and his dream to work alongside Margot Robbie's Harley Quinn.

Jason Todd might be experiencing a few regrets under that Red Hood of his.

Throughout Season 3 of "Titans," Curran Walters' character has gone through quite the metamorphosis. After getting dumped by Batman, the former Robin went out on his own, teamed up with Dr. Jonathan Crane/Scarecrow, started taking an anti-fear toxin, was killed by Joker and revived in the Lazarus Pit, where he reborn as Red Hood. Since then, he killed one of the Titans (RIP Hawk!), went hand to hand against Dick/Nightwing and, in the latest hour, "Lady Vic," even turned on Crane -- going against the doctor's orders by releasing the toxin to the Gotham underworld with deadly consequences for Tim Drake's family.

While his move against Crane was an unexpected twist, Jason's reaction after seeing what his own actions caused was even more surprising. In the final moments of the hour, he looked like he truly regretted what he'd done ... before inhaling another hit of the toxin and going back to the dark side.

TooFab caught up Walters ahead of the episode, where he retraced his own Titans journey from audition to Robin to Red Hood, shared his reaction to his new costume and Hawk's death, and opened up about Jason's actions in "Lady Vic." He also made one thing very clear: Margot Robbie, the Titans want you! 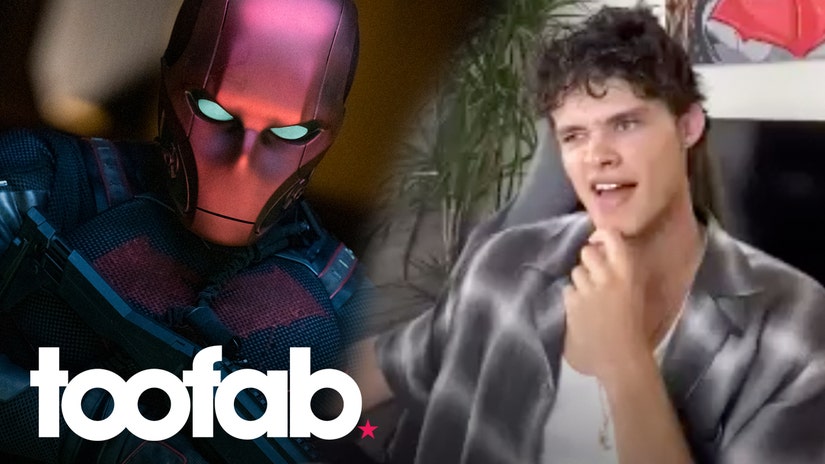 When you first signed onto the show, did they tell you they'd tackle Red Hood further down the line? When did you get clued in that they were doing this arc?

Yeah, it's so funny. When I first went out for Titans, I didn't even know what I was doing on the show, I didn't even know what it was for, it was kind of like dummy sides. And then later down the road, couple weeks later, I found out that I booked it. I thought I was just going to be some random background or couple lines here and there. They call me like, "Hey, you have a fitting you're playing Robin." I was like, "Alright, time to go get every comic book I can find on the character." So I went out and I did my research and I got everything I could find. As far as the Red Hood arc, I had a feeling that they were going to go down that route. I didn't find out till the end of Season 2, beginning of Season 3. It's pretty awesome and I absolutely love this character.

The show is telling the story a little differently than the comics, where Red Hood's identity was a secret for a bit. Were you relieved to see that he would be unmasked so early on in the season, so you wouldn't have to keep it a secret and could actually get to show your face?

Yeah. As the fans go, obviously, they know that it's me. But it was a worrisome point to me. It was like, am I gonna have the mask on all season? So it's nice to have that, especially that Nightwing and Red Hood fight in the beginning, it was nice to have that and show my face throughout the season.

What was your reaction to putting the costume on for the first time and, and how does it compare to Robin's, because they're totally different?

There were so many emotions when I put that thing on. First of all, you go through so many different fittings and all that. The craziest part for me was putting on the helmet. That was so cool and so different from the Robin costume. But as far as they as they compare, they're both pretty comfortable, to be honest, but they're both hard to maneuver in and what not. So they have their pros and cons, both of them.

Taking on all the gunplay that Red Hood has as well, what was the training like for that?

It was pretty intense, it's so different from what we did with Jason Todd obviously. With COVID and whatnot, it was totally different on the protocols and who you can have on set, who you can't have on set, so that was a little difficult. But we had a great stunt team and we learned a lot there. We actually brought in some trained military men who taught us the simplicities of just walking around a corner and how your feet need to move and how you need to draw your gun, how you need to hold the gun and hand placement. Brenton and I did that together about three or four times throughout the season, which was very, very helpful. And then we just trained every week that I wasn't working and tried to perfect the character. 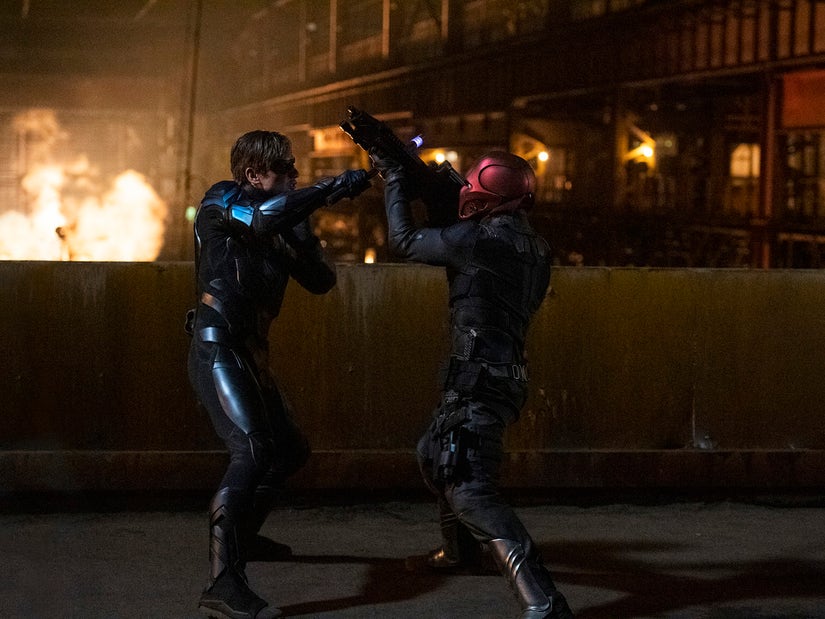 You are now fighting the Titans and you've had some great fights with Brenton --- with Nightwing -- what was it like approaching that and is it weird to now be fighting against someone who was your teammate?

I guess that's what you get with playing a villain. It was a totally different dynamic and when I first read the script I was like, okay, it's kind of cool, it's kind of badass. The first few seasons have this character who seems so, I don't know, energetic and loves his team and whatnot and now to have this guy who just wants to go after people ---- you know it was a totally different dynamic and it was so fun to be a part of.

The big shock of the earlier episodes this season is Hank's death and your character being responsible for it. How did you and Alan first react to seeing that? Did you kind of find out around the same time, how did that process go?

We get the scripts. I think a couple days before our table reads, so everyone has a chance to process all the emotions and stuff on their own. But when you do the table read -- even though it was over Zoom -- when you actually do the table read as a cast and you see how the lines are projected and whatnot, it was really emotional. I mean, it was like, "Whoa, Hank is leaving us."  Alan is amazing. We're gonna miss him, but it is what it is I guess.

I know the fans have been really excited about this arc in general, but are they able to separate you and the character now that he has done these terrible, terrible things?

Of course! The fan support has been amazing since I first stepped on screen in Season 1, they love what I've been doing and this is obviously a totally different route and a risk on what I wanted to do with the character and the character development because obviously, we just have the animated version before this. So it's hard to compare anything to. I went out I did my thing and then now that it's all out, I'm very happy with the feedback and for what the future holds.

Episode 5, you had a really meaty episode, a lot of emotion coming from you -- was it nice to kind of have that chance to really dig into the character even more than usual?

That was one of my favorite parts about the season, just to see how Jason became Red Hood and see what he went through and being able to explore that dynamic with Bruce a little more that the fans I think really wanted. That was probably one of my favorite episodes to film. 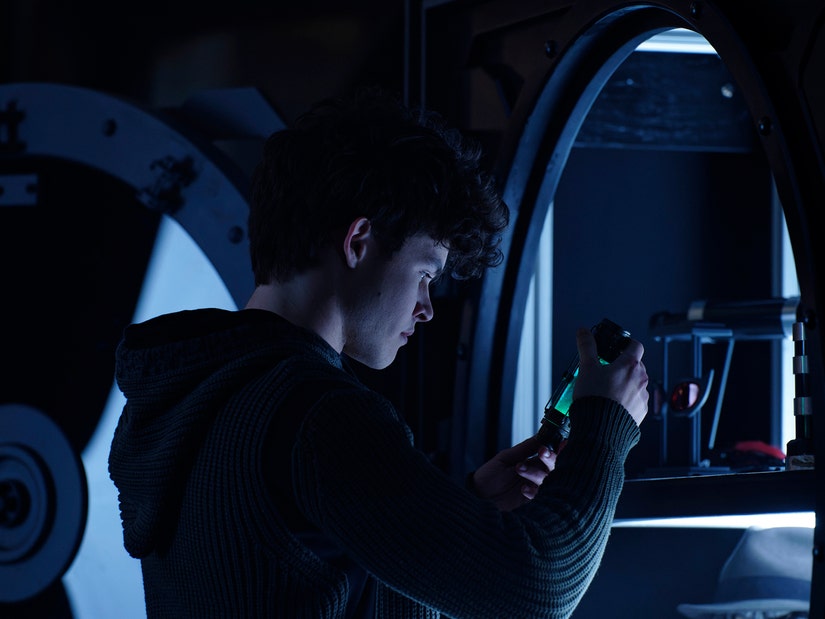 This interview will go up the same day that Episode 6 comes out so we have a couple spoilers for the "Lady Vic" episode. The episode ends with Red Hood releasing the anti-fear toxin to the underworld of Gotham, giving an FU of sorts to Dr. Jonathan Crane/Scarecrow in the process. But viewers also see Jason experiencing some regret afterwards, before taking the toxin himself to numb his senses. Is that struggle something we'll see him grapple more going forward?

Absolutely. I think this is all Crane's doing ... [Jason's] struggling with who he is throughout the season, if that makes sense. He's wanting to be with the Titans, he was wanting not to be with the Titans and Crane really, this fear gas that is being created and that Jason figures out how to make the potion, when he's not on the fear gas he's really realizing, "Did I make the right decisions?"

Especially after Hank, how is he going to live with his old family and everything? I think that's a beautiful dynamic be explored throughout the season and Jason's struggling with his emotions.

It seems like at this point, Jason might not have any allies, because he is kind of breaking free from Crane in this episode and obviously the Titans are not fans of him at the moment.

I guess, so far, the only ally he has is Crane. But you get to explore that dynamic much more as the season goes on and it's a pretty fun thing.

This episode ends with a big moment for Tim Drake, it seems like the Robins are all going to cross paths at some point probably. What are you able to tease, if anything?

I think future seasons will explore that a little more. This season is more of a dynamic of giving each character their own story, not so much crossing paths.

Last question: What other DC character would you love to get on the show, either as an ally or a foe for Jason and/or the Titans?