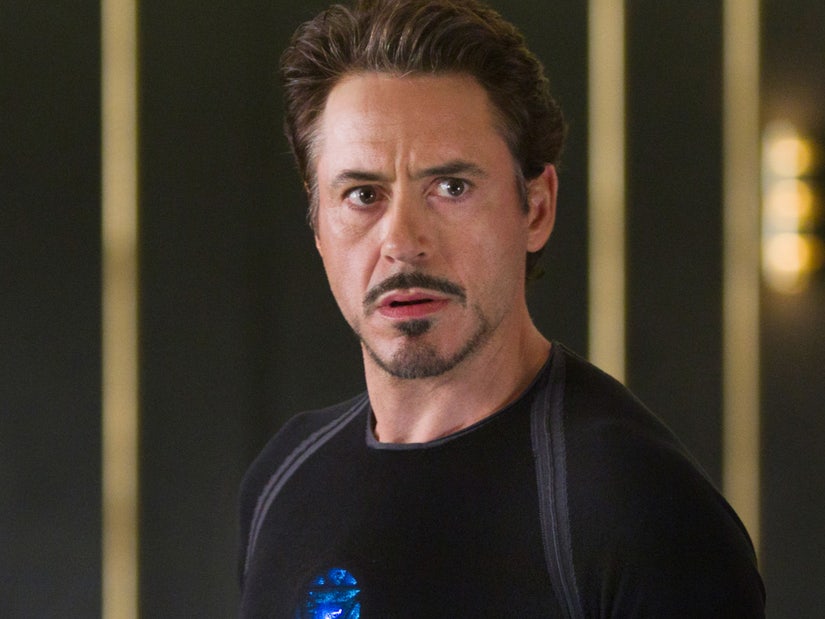 And they actually got what they wanted!

Writing a movie's script is usually left to the behind-the-scenes team, but sometimes the actors in front of the camera have something to say about it. In fact, some actors become so passionate about what goes on in the script, they want to get involved and make their own changes.

Whether it's a difference in dialogue, a costume edit, or an entire plot twist, these actors have all made their opinions known. And surprisingly, many are actually able to make a change! These celebs all proved that with enough star power, anything is possible!

Find out why these stars wanted to switch up the script…

1. Michelle Rodriguez - "The Fast and the Furious"

Michelle Rodriguez almost quit "The Fast and the Furious" before it became the blockbuster franchise it's known as today. In the first movie, the script called for a love triangle between Michelle's character Letty and Dominic and Brian. Not only did Michelle think the situation was unrealistic but she also didn't want to be a cheater on the big screen. Thankfully, Vin Diesel had her back.

"Is it realistic for a Latin girl who's with the alpha-est of the alpha males to cheat on him with the cute boy? I had to put my foot down. I basically cried and said, I'm going to quit and, 'Don't sue me, please—I'm sorry, but I can't do this in front of millions of people.' My whole point in being an actress is that I thought I got to live a dream. And I don't dream about being a slut...Vin was the first one to pull me to the side while I was crying, and he just looked at me and said, 'I got your back. Chill out and let me handle this, and you're right — it makes me look bad anyway.' And there you go," Michelle told Daily Beast.

Dwayne Johnson had to fight for his gorilla co-star George in "Rampage." Originally, George was supposed to die at the end of the film but Dwayne threatened to quit the movie if the ending was not changed.

"My problem is I have a relationship with an audience around the world. For years I've built a trust with them that they're gonna come to my movies and feel good. So every once in a while, you have to drop this card, which is: You're gonna have to find another actor. We need to figure something out, otherwise I'm not gonna do the movie...I don't like a sad ending. Life brings that s---- — I don't want it in my movies. When the credits roll, I want to feel great,” Dwayne told Rolling Stone.

In "Pitch Perfect 3," Anna Kendrick’s character Beca was supposed to have a romantic relationship with music executive Theo but she refused. Anna explained that since Beca already had a professional link with Theo when he attempted to recruit her as a solo artist, it came across as problematic. She even turned down an alternate version where the characters shared a kiss at the end of the movie.

"Originally the music executive was supposed by my romantic interest but I said no to that, because I thought that would be kind of f---ing problematic...I was like, 'Can no one else [see it]? Once I said it, everybody was like, 'I guess so.' And they still wanted to have a version at the end when we kissed, and I still said no," Anna told Harper's Bazaar UK.

Prince was originally slated to appear in an episode of "New Girl" alongside Khloé Kardashian and Kris Jenner but made it clear he wouldn't do it if the reality stars were also a part of the show. In the episode, Prince hosted a party and he reportedly thought that the famous family were not the kind of people who would be invited to one of his real life soirees.

"I get there the day Prince is supposed to arrive, and I'm studying my lines, and one of the PAs comes in, and she says, 'I need all of the [scripts].' She takes mine from me and takes everybody else's, and takes everyone's call sheets...I walk outside, and she has, like, a bonfire. She's burning all the scripts and the call sheets. It turns out that someone from Prince's camp said like, 'Who are the celebrities? I hope it's not a Kardashian,' which is sad, because I think Khloé Kardashian and Kris Jenner had kindly come in and shot the scene...They didn't want anyone to get by each other. I felt so bad because everyone had gone out of their way to be there on that day, but Prince was running the show," Zooey Deschanel said on “Conan.”

"The Avengers" may have had a completely different ending if it weren't for Robert Downey Jr. The original conclusion of the film featured Iron Man being rescued by Hulk while crashing back to Earth. When he awakens on the ground, he asks, "What's next?" but Robert felt that it could use something snappier. Director Joss Whedon says that what was once one line of dialogue turned into three pages of the script.

While not all the new variations made the final cut, they did decide on a moment where Iron Man asks the rest of the Avengers to hit a good shawarma restaurant he knows in the neighborhood. And it wasn't until after the film's premiere that the crew also decided to add in a post credits scene with the Avengers eating at the restaurant.

When it came time to make "Thor: Ragnarok," Chris Hemsworth wanted to be doing more with his character. He made suggestions about Thor's appearance and even got to improvise a lot of the script.

"After the first two films, I was sort of bored of myself. We could be doing so much with Thor, as we haven't capitalized on the content that's available in the comic strip. I suggested a different direction and that included cutting the hair, losing the hammer, changing the costume and then hiring Taika to helm the project. It all brings a unique vision to the film...Just about every single scene in the movie, we have played with in some way or the other. It's not as if the whole scene was improvised but we were always adding in something or the other,” Chris told Firstpost.

While filming the second season of "Stranger Things," Dacre Montgomery asked the show's creators, the Duffer Brothers, if scenes could be added to help humanize his character Billy. They agreed and two scenes were added, including an angry confrontation between Billy and his father.

"That was my effort with the Duffers to show that side that no one is just bad. There's always a reason, right? And in this season, the ending is so fantastic in the same way. Billy is humanized and redemption is very evident, and that was a really nice arc for me to go really dark," Dacre said to Bustle.

When Mike Myers was brought in to replace the late Chris Farley in "Shrek," Mike recorded all of his dialogue in his Canadian accent. But after recording wrapped, he decided that things would work better if Shrek had a Scottish accent.

"There is a class struggle in 'Shrek' between the fairy-tale kings and queens and the common people. I always thought that Shrek was raised working class. And since Lord Farquaad was played English, I thought of Scottish," Mike told USA Today.

Since the film was in mid-production, animators had to redo a third of the entire film which reportedly cost Dreamworks between $4 and 5 million.

In an episode of "Star Trek," Leonard Nimoy’s Spock was supposed to knock Captain Kirk unconscious with a phaser. Leonard thought that sort of violent act would be out of character for Spock so he invented a less aggressive maneuver which became known as the Vulcan nerve pinch.

"Although we are essentially a humanistic show, the Enterprise is heavily armed and a lot of guns get shown. My way of avoiding participation in the violence was the Spock Pinch. I decided that Vulcans knew so much about the human anatomy that they could knock out an enemy just by pinching a nerve in the neck and the shoulders," Leonard reportedly said.

Liam Neeson agreed to star in "A Million Ways to Die in the West" but told Seth MacFarlane he had one script change he'd like to make — he wanted to film the whole thing in his Irish brogue. The idea stemmed from an episode "Family Guy" that made a joke about the actor being in a Western film while having an Irish accent.

"His main character, the little fat father in 'Family Guy,' they were making fun…'Imagine Liam Neeson being in a Western. Haha! With that funny accent of his.' So when Seth called me to ask if I'd do [the movie], I said, 'I'll do it on condition that I do it in a very broad Irish accent.' So he agreed," Liam told “Today.”