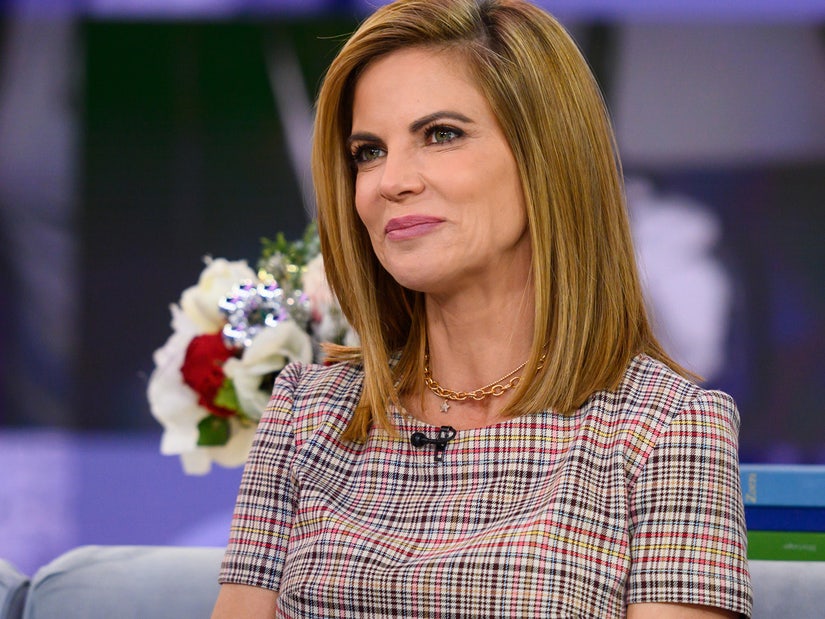 The rumors are true -- Natalie Morales is joining "The Talk."

Her new gig was officially announced Monday, October 4, just days after revealing she was leaving NBC after 22 years in news. Morales will make her debut on the CBS morning show alongside Akbar Gbajabiamila, Amanda Kloots, Jerry O’Connell and Sheryl Underwood starting October 11.

"It's an extraordinary opportunity to be joining this team at 'The Talk,' said Morales in a statement. "I love the new energy and direction and couldn’t be more excited to join Sheryl, Amanda, Jerry and Akbar. I'm looking forward to many good times while talking about the days' topics, and I can't wait to get going."

Added executive producers Heather Gray and Kristin Matthews: "We couldn't be more excited to have Natalie Morales join the 'Talk' family. We have been fans of her and her work for years. Her varied skillset and versatility are a great addition to our talented panel. Natalie's intelligence, passion and enthusiasm always shine through in all her work, and we are fortunate to have her on the team. In addition to her role as an exceptional broadcaster, we believe her perspective as a wife and mother will provide a special connection with our audience."

After more than two decades at NBC, Natalie Morales is saying goodbye.

The longtime TV journalist revealed the news Friday in an internal memo to coworkers, a memo which NBC News later published.

"I struggle to find the right words and there are way too many people I need to thank for a wonderful career at NBC News," she began. "I think back to my early days cutting my teeth at WVIT in Hartford, CT then taking the huge and — at the time — petrifying leap to MSNBC and alas — scoring the golden tickets to the TODAY show and 'Dateline.'" 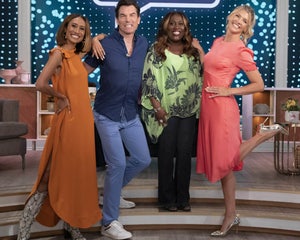 "This first half of my life has been one full of adventure, challenges, travel, way too many early wake up calls, and yes opportunities to witness history unfold and to tell inspiring and impactful stories that will always be in my mind’s highlight reel," she continued.

"Speaking of that reel: I watched my family grow up along with so many of your own children, and as my oldest son gets ready to spread his wings and head to college soon, so too do I feel the time is right, (before the second half of my life) to spread my own wings and to pursue a new adventure."

"It's very hard to say goodbye… and we all know in this business it's never goodbye but see you later," she concluded. "I'm eternally grateful for the support and deep friendships that will remain no matter where our paths lead. I have so much to be thankful for and for every one of you who helped me get here… muchísimas gracias mis amigos."

Morales began her career at NBC affiliate WVIT, before working at MSNBC and, in 2006, "TODAY," where she began as a correspondent. She went on to replace Ann Curry and then, in 2016, became the show's West Coast anchor. 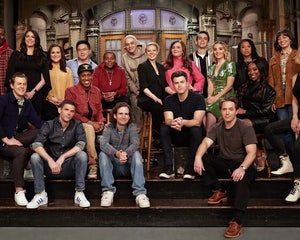 In addition to her "TODAY" gig, she also replaced Billy Bush on "Access Hollywood," which she hosted from 2016-2019, and is a "Dateline" contributor. She'll reportedly stay on as a "Dateline" correspondent through the rest of the year, but it's unclear when she'll wrap up her job on "TODAY."

NBC says there will be an "on-air farewell tribute ... in the coming weeks."

According to the Daily Mail and Los Angeles Times, she's heading to "The Talk" -- though that has yet to be officially confirmed.

Should she head to the CBS morning show, she'd be the latest in a string of shakeups there, following the departures of Sharon Osbourne, Carrie Ann Inaba and Elaine Welteroth. Their exits were filled with Jerry O'Connell and Akbar Gbajabiamila, who will host Season 12 alongside veteran cohosts Sheryl Underwood and Amanda Kloots.