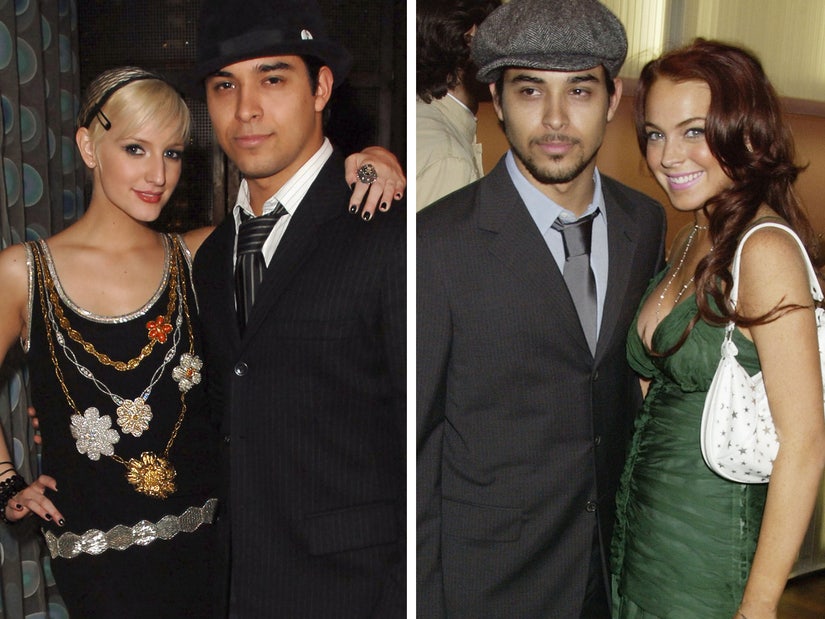 "I was actually kind of flattered to be honest because it's there forever."

For musicians, inspiration comes from everywhere — especially the people closest to them. And when they drop a new piece of music, whether it's a love song or a diss track, there's always a mystery surrounding who the song is actually about. While most artists keep their lips sealed about the inspiration behind the song, a few have openly admitted it's about other celebrities!

From Miley Cyrus to Scarlett Johansson, these stars have all had songs written about them — and some of them may surprise you!

Read on to find out which celebrities served as inspiration for these famous tracks!

While working on the "Tarzan" soundtrack, Phil Collins included a song that was originally written as a lullaby for his daughter, actress Lily Collins'. She says its one of her favorite songs by her musician dad.

"'You'll Be in My Heart,' from 'Tarzan.' It was written as a lullaby to me when we were younger. We grew up watching Disney shows and movies together, so that was his way of kind of being able to do it for his kids. It was so special," Lily said on the "Harry" show.

Katy Perry explained that her first hit, "I Kissed A Girl," was written about Scarlett Johansson. While she never actually kissed Scarlett, she says that she saw a photo of the actress that made her realize she definitely would if given the chance. Scarlett later said the song was "flattering."

After Mac Miller and Ariana Grande's breakup, some fans speculated she was to blame for his downward spiral which included a DUI. One follower even called Ariana out for dumping Mac when he wrote his "Divine Feminine" album about her. Ariana had finally had enough of the speculation and blame, so she clarified things on Twitter, explaining that their relationship had been "toxic" and only one song on the album was about her.

"How absurd that you minimize female self-respect and self-worth by saying someone should stay in a toxic relationship because he wrote an album about them, which btw isn't the case (just Cinderella is ab me)," Ariana wrote in a lengthy Twitter post.

Coldplay frontman Chris Martin wrote "Fix You" for his then-girlfriend Gwyneth Paltrow following the death of her father Bruce. The couple met just three weeks after his unfortunate passing.

"'Fix You' was about him trying to put me back together after my dad died. I think it's pretty nice," Gwyneth said on "The Howard Stern Show."

Outkast's Andre 3000 wrote "Ms. Jackson" as an apology to Erykah Badu and her mother, the real life Ms. Jackson, after their break-up. While Erykah had mixed feelings about the song, she says that her mom absolutely loved it and even got a Ms. Jackson license plate made.

"It hit kind of a sore spot. I didn't wanna hear that, especially when I heard Big Boi's verse. When I heard Andre's verse, I felt very good because his verse was really, really inspiring. He just said how he felt and it was his honest feelings and I always respected that and listened to what he felt and appreciated it," Erykah said on the "Rap Radar" podcast.

Miley Cyrus infamously wrote one of her first hits, "7 Things," about her split with Nick Jonas. Not only did Miley wear Nick's dogtag in the video and show a scribbled on photo of him, but she also talked about the writing process in her autobiography "Miles to Go." On the recent anniversary of the song, Miley posted the passage along with a photo of Nick. The JoBro says he's never talked to Miley about the song but he does know it's about him.

"I've never directly heard that from Miley, but she does wear a dog tag that I gave her when I was 14 [in the music video]. I was actually kind of flattered to be honest because it's there forever and I know it's about me," he said on BBC Radio 1.

While Nick Jonas has never explicitly said that the Jonas Brothers' song "Wedding Bells" is about Miley Cyrus' engagement to Liam Hemsworth, he left some pretty major clues in the song. One lyric even references their former anniversary as "11 nights into June," which Miley confirmed was the day they began dating in "Miles to Go." Miley, herself, even believes the song is about her.

"I don't know who else is getting married ... So I feel like that's pretty blatant, it's whatever. Like I said, everyone has to write songs that are about things that they felt and he even introduced that this isn't the way that I am. So, you can't ever hate on someone for writing about something you've been through. I think that you kind of get a fair warning when you date an artist and someone that's a writer. When you're going through things that you're going to end up hearing about it on the radio," Miley told Ryan Seacrest.

John Legend and Chrissy Teigen had been together for over seven years when he penned "All Of Me." He explained that knowing Chrissy for so long helped him write a more authentic love song.

"The more you know someone, the more you're inspired by your relationship. Also, I grew up just learning what it means to be in love with somebody...because I had never really been in love before. I guess you have to grow enough to be able to write that song with sincerity and authenticity," John told LA Confidential.

Over a decade after the release of Ashlee Simpson's single "Boyfriend," she finally confirmed that the song was about Lindsay Lohan and her relationship with Wilmer Valderrama. During an appearance on "Watch What Happens Live," host Andy Cohen asked if the rumors were true that the lyrics were "about you not stealing Wilmer Valderrama from Lindsay Lohan."

"Yeah. I mean, I hung out with him first and I wasn't interested in him at that point...I didn't. I was done," Ashlee said on the show.

Muse frontman Matt Bellamy once explained that the song "Madness" was influenced by his relationship with Kate Hudson and a fight between the couple that required him to go to her mom's home to ask for forgiveness. At the time, he said it was one of his favorite songs he’s ever written.

"I wrote that song having a fight with my girlfriend. Nothing particularly over the top but just having one of those moments where she leaves you for the day to think about it. I rarely write songs that cathartically," Matt told Metro.

While Cody Simpson was dating Miley Cyrus he penned a love song called "Golden Thing" to cheer her up while she was recovering from tonsillitis surgery. He was initially hesitant to release the track but says Miley encouraged him to do so.

"I wrote her a song this week that she's pretty much forcing me to put out. She was like, 'If you don't put this s--- out, I'm getting your Spotify login and doing this s--- myself,'" Cody told People.