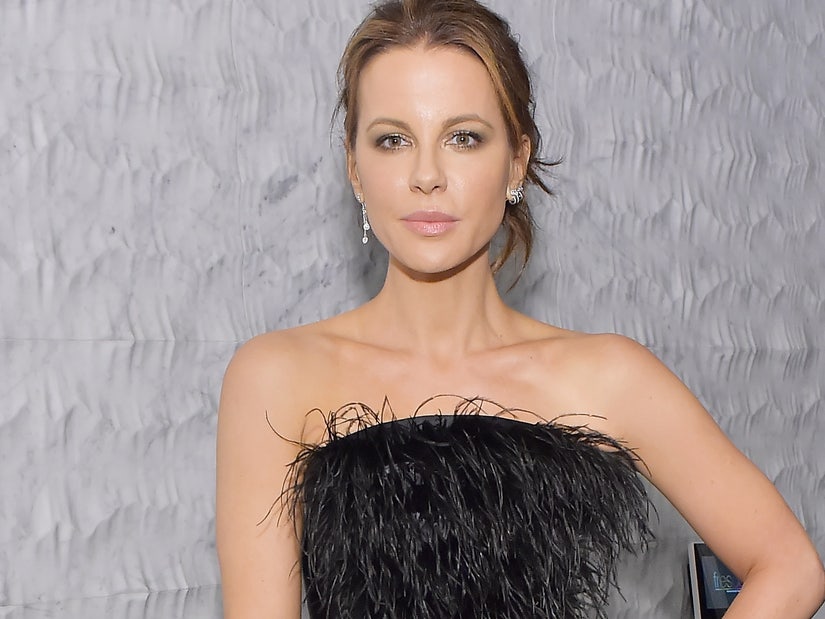 The pain was "worse than having a baby."

You can dress a wound... but you can also wound getting dressed.

Kate Beckinsale has revealed exactly what caused her devastating back injury last month: putting her clothes on.

Despite having performed numerous high-octane stunts for her previous movies, the 48-year-old actress admitted on Monday's "The Late Late Show with James Corden" that she was hospitalized after pulling her back while attempting to pull on a pair of leggings. 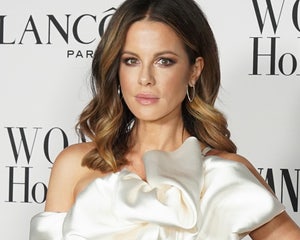 "Having done eight or nine hundred action movies, I hurt myself putting on a pair of leggings in my hotel room," joked Beckinsale.

The actress was in Vegas filming for her new movie "Prisoner's Daughter" at the time of the incident.

"I was doing a very intense emotional drama and not running up walls or anything," she continued. "I was in my hotel room putting on a pair of leggings, and it felt like a sort of guitar string snapped and everything was horrible. I mean, worse than having a baby — bad, bad. I couldn't walk, I couldn't lie down, I couldn't sit down. I couldn't do anything."

Paramedics struggled to move the "Underworld" star onto a gurney because the back injury had completely debilitated her.

"Eventually an ambulance came and they sort of rolled out a sheet and picked me up in it like a, sort of, sausage, and put me on a gurney," she laughed.

Beckinsale also revealed that while she doesn't partake in drinking alcohol, she was able to find out how her personality would change under the influence due to the copious amounts of medication prescribed to her for her pain.

"I really found out what kind of a drunk I am first, so did everyone else," she quipped. "I'm not a 'Do you know who I am? Have you seen all my films?'-type, which is a huge relief because I'm really glad I'm not. But I am a 'Everybody's trying to steal my f--king ovaries.'"

The actress reassured James Cordon and fans that she was "alright now" by showing off the leggings she decided to wear for her appearance.