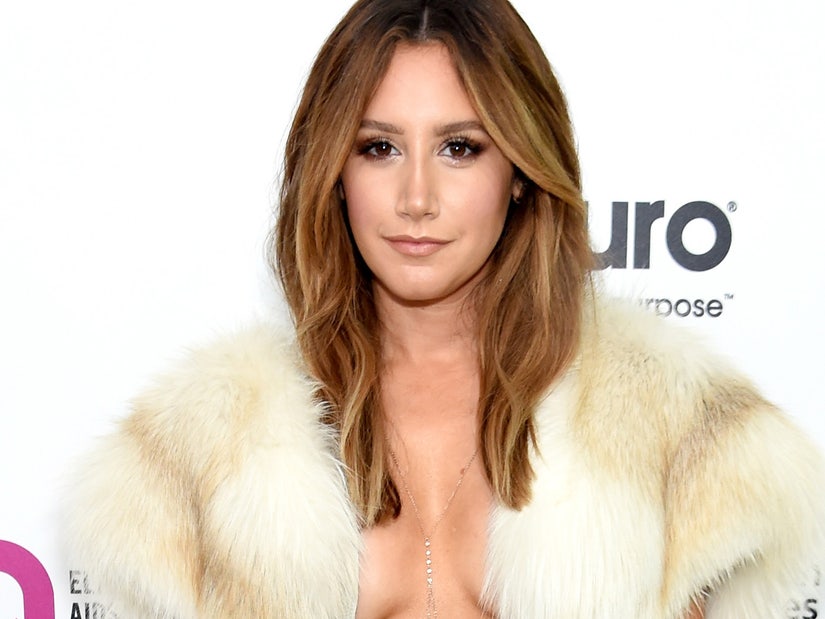 The innocent lyrics to He Said She Said were still a little too explicit for the Mouse House.

Ashley Tisdale claimed Disney Channel executives made her change a few lyrics to her hit song "He Said She Said" when she performed during the "High School Musical: The Concert" tour.

On Tuesday, Tisdale made the surprising revelation in response to a TikTok. In the video, TikTok star Kate Steinberg waxed nostalgic as she listened to the now-36-year-old actress' song -- realizing the not-exactly-kid-friendly lyrics for the first time.

"Definitely requested this on Radio Disney," she captioned the post, adding, "Realizing at 30 He Said She Said is not just about talking."

Tisdale then turned the video into a duet and claimed Disney had a similar revelation back in the day.

"Disney made me change kissing like that to 'dancing' like that for the HSM tour," Tisdale said.

Tisdale played the role of Sharpay Evans in the "High School Musical" franchise, dropping "He Said She Said" on her debut album "Headstrong" in 2007. The actress hit the road as Sharpay during the "HSM" concert tour, which ran from late 2006 through 2007.

Tisdale released her most recently album, "Symptoms," back in 2019.

She recently told People Magazine she hasn't felt the "urge for music yet" following the birth of her daughter, Juniper Iris French, earlier this year. She and French tied the knot back in 2014.

"Never say never," Tisdale said. "It's just like I need to be like: 'Okay I'm ready and I know what this is and I know what I want to say.' And If I have nothing to say, I'm just not going to do it just to do it, you know?"

She also briefly spoke about breaking out of the Disney box.

"As an actor, people just think of you as one way, especially what you're really successful for, and it's been years of me doing other things, but it's still just breaking that idea and perception," she said. "You have to get out of your comfort zone and do different things."