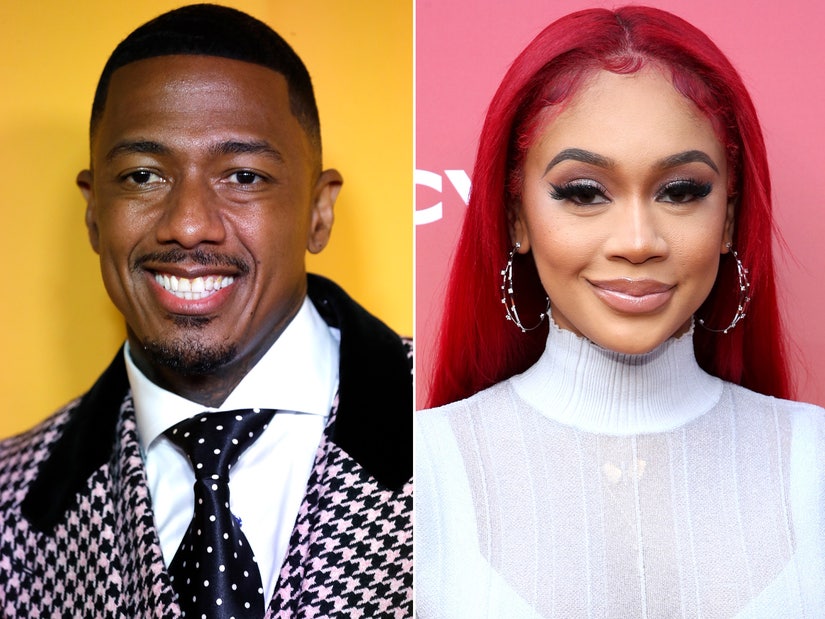 The TV personality -- who is a father of seven -- said he "caught heat for the tweet" he sent in response to the rapper's post.

Nick Cannon is chiming in after Saweetie shared a social media post about wanting to have kids.

Over the weekend, the comedian -- who has seven kids with four different women -- responded to the rapper's tweet that read, "I want some babies." Cannon, 41, reshared Saweetie's tweet and sent four emojis: a thinking face, a ninja, a rolling on the floor laughing emoji and a man raising his hand, below.

In response, the TV personality's tweet was flooded with replies as many people shared their thoughts. While some comments appeared to be jokes, others weren't so nice. Fortunately, it looks like Cannon has a good sense of humor about the whole thing.

On Monday's episode of his daytime talk show, "Nick Cannon," the actor explained his response to Saweetie, joking that he "ninjas [were] misunderstood."

"I think I'm very misunderstood," Cannon said. "Saweetie tweeted, 'I want some babies,' and I just replied with some emojis. As an expert in babies, anybody who can speak emoji knows what that says. ... This is what it actually says, 'Take time for making such a big decision.' That's what I was only trying to say."

"All my ninjas are misunderstood," he joked.

Cannon went on to share that he "caught heat for the tweet" and people were "coming for [him] like crazy." He then showed a few of the responses that he received on social media with his audience and viewers.

"One tweet said, 'The celibacy clock is ticking.' ... Somebody else tweeted, 'Here comes Fertile Myrtle,'" Cannon said, laughing as he quoted the funny tweets. "Oh, but my favorite one, this is the last one, it said, 'Saweetie... girl, run! Have you seen what he names his kids?'" The rest of the tweet read, "He got so many kids he ran out of names and started naming them catch phrases."

"Yo, I think my kids' names are amazing, alright?" Cannon said. "That's all I'm saying. I got some very strong, powerful names."

The daytime talk show host then jokingly suggested some possible candy-themed options for what he and Saweetie, 28, could name their children.

"Could you imagine if me and Saweetie did name our kid something? What would they be called?" he asked. "We'd call them Mike and Ike ... Now and Later. Left Twix and Right Twix Cannon. We can make it happen. Sweet Tart Cannon."

All jokes aside, Cannon said that his cheeky response to Saweetie was "all in fun" and he meant "no disrespect." 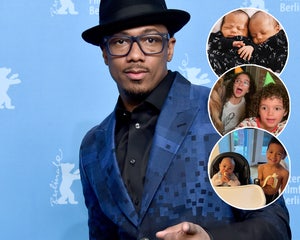 Cannon has a total of seven children, including 10-year-old twins -- Moroccan and Monroe -- with whom he shares with ex-wife Mariah Carey. "The Masked Singer" host welcomed his seventh child, son Zen, with Alyssa Scott in July. The baby's birth came less than two weeks after the arrival of his fifth and sixth kids -- twins Zion and Zillion -- whom he shares with Abby De La Rosa. Meanwhile, Cannon also shares two children with Brittany Bell: son Golden, 4, and daughter Powerful, who was born last December.

On an episode of "Nick Cannon" last month, the "Wild 'N Out" star shared that he's going to attempt to stay celibate until next year.