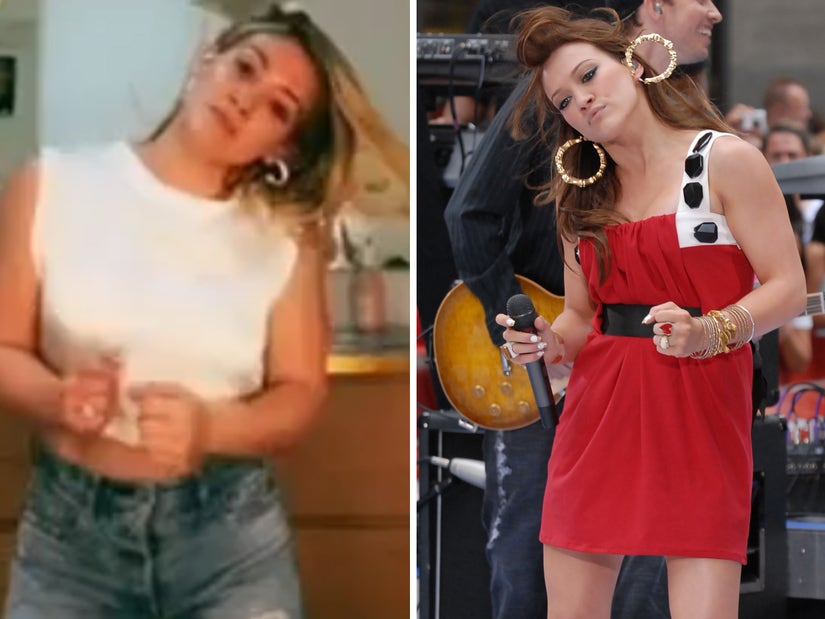 Her low-energy dance moves have gone viral -- and now, Duff's joining in.

Hilary Duff just recreated one of her most iconic dance moments for social media.

The "Lizzie Mcguire" star finally took on the "With Love" challenge, after the choreography she  performed many times back in 2007 -- including during her now-iconic "TODAY" appearance -- became a trend on TikTok.

The 34-year-old caved into her fans' demands on Monday, uploading a duet video recreating her choreo and captioned the TikTok, "So I can stop receiving [texts] about this…." and added a peace sign emoji.

"Also….. I tik toked….and it was a 12% kinda day", she continued in her post, joking about how much effort she put into the moves.

Although her fans have been creating viral challenges to her music, Hilary hasn't released new music since 2015 with the drop of her album "Breathe In. Breathe Out."

Back in 2019, the 34-year-old told Elle Magazine that she would be taking a break from music and pursuing other talents for the time being. "I feel like I'm going to have a music career forever and who knows how successful it'll be or what kind of turns it's going to take," she stated.

With music on the back burner, Duff has committed herself to acting and will take on the lead role for the sequel series to "How I Met Your Mother" on Hulu.

She announced the news to Instagram in April 2021, sharing a video showcasing her excitement for the role.

"I've been incredibly lucky in my career to play some wonderful characters and I’m looking forward to taking on the role of Sophie. As a huge fan of "How I Met Your Mother", I'm honored and even a little nervous that Carter and Craig would trust me with the sequel of their baby. Isaac and Elizabeth are brilliant, and I can't wait to work alongside them and all of their genius."

She concluded her statement, "Just fangirling over here getting to join the Hulu Originals and 20th families. I realize these are big shoes to fill and I’m excited to slip my 6½’s in there."