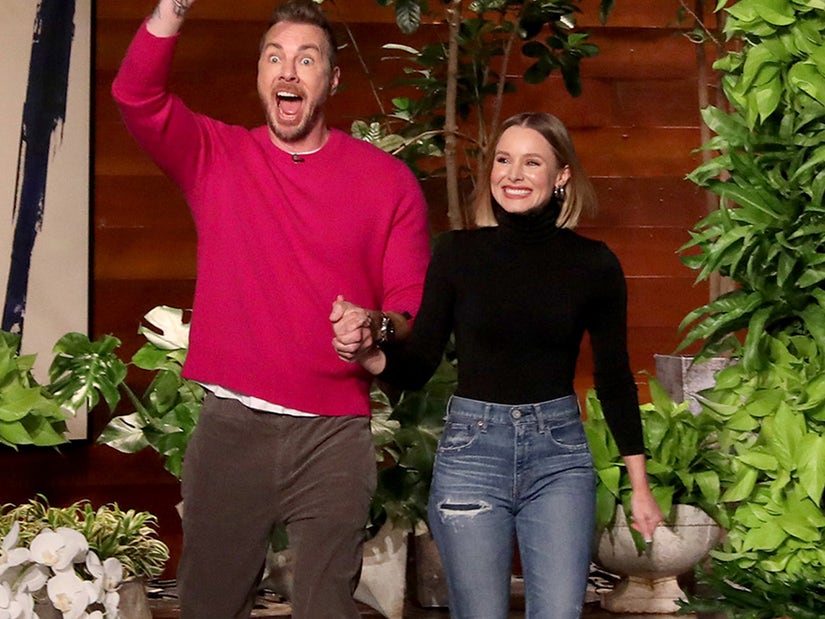 "Look at the buns!" said Dax, as his wife got out of her seat to show off her fitness progress.

Kristen Bell and Dax Shepard got candid about which celebrities they're currently crushing on!

The comedic power couple got real during an appearance on Monday's episode of "The Ellen Degeneres Show" -- where the "Armchair Expert" podcast host revealed his former celebrity crush, Brad Pitt, had been one upped by formula One driver Daniel Ricciardo.

"I'm embarrassed to say, I did what these men do—I got a younger model," Dax laughed. "I watched this 'Drive to Survive' thing on Netflix ... And then I became obsessed with Formula One and then I interviewed Daniel Ricciardo on the podcast and then he and I kinda hit it off. Then, I pushed hard, got a phone number and we've just really been building this thing that's culminated in us seeing the world together, really."

Ricciardo and Shepard’s friendship is even memorialized on Dax’s Instagram with photos of the BFFs in matching overalls. Dax posted the photo back in July along with the caption, "(over) All good. (over) All ways."

In terms of her husband's newfound man crush, Kristen is fully on board -- saying the two are ""so cute" and adding, "I fully support this."

That being said, she's still thirsting over her husband as well. During the conversation, Ellen also commented on Shepard's physical transformation after getting ripped during quarantine.

He previously revealed he went from from 185 to 210 pounds thanks to six-day a week workouts, weight lifting, "protein shakes going bananas" and "heavy testosterone injections."

Kristen said she'd been working out too.

"I don't want to objectify you, but we are married," said Shepard, as Bell got out of her seat. "This outfit, I couldn't get my eyes off. Look at the buns!"

"It's not objectification, I am proud, because I have fun a lot of work into them," joked Kristen. "Dax has created a wonderful space for our family to work out."