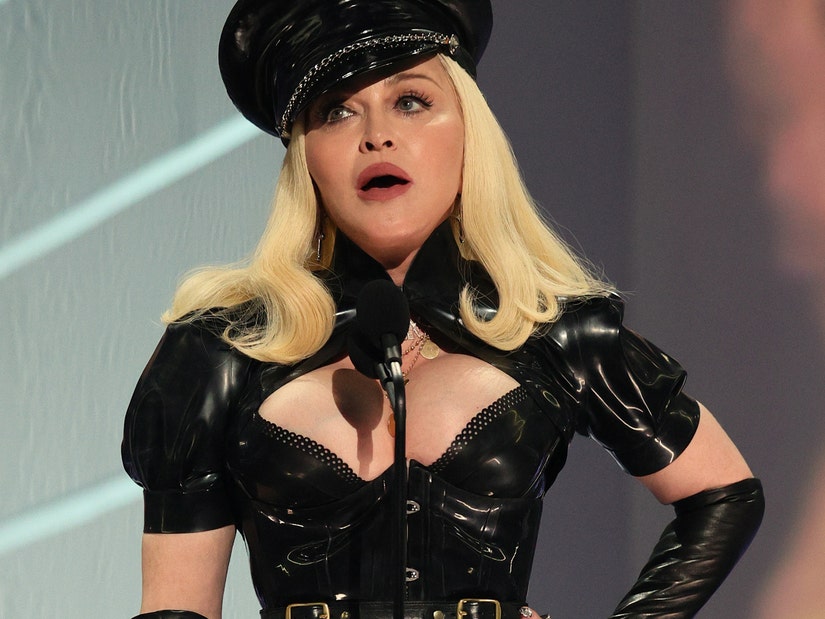 Madonna spent Thanksgiving fighting with Instagram, after the social media platform removed photos she had shared the day before exposing her nipple.

On Wednesday, the Queen of Pop posted a series of lingerie images snapped from inside her bedroom. In one, her bare breast was out for the world to see, while she had censored it with an emoji in another. Other shots put the spotlight on her derriere, which was clad in fishnets.

By Thursday, the 63-year-old icon said the photos had been pulled by Instagram itself -- before sharing fully censored versions of the images with a caption calling out the social media platform for not allowing her to Free the Nipple.

"I'm reposting photographs Instagram took down without warning or notification ... The reason they gave my management that does not handle my account was that a small portion of my nipple was exposed," she claimed.

"It is still astounding to me that we live in a culture that allows every inch of a woman's body to be shown except a nipple. As if that is the only part of a woman's anatomy that could be sexualized," she continued. "The nipple that nourishes the baby!"

"Giving thanks that I have managed to maintain my sanity through four decades of censorship ... sexism ... ageism and misogyny," she added, before then calling out Thanksgiving itself.

"Perfectly timed with the lies we have been raised to believe about the pilgrims peacefully breaking bread with the Native American Indians when they landed on Plymouth Rock! God bless America," she concluded, along with the hashtag #ArtistsAreHereToDisturbThePeace.

While Instagram wasn't a fan of her post, Kate Beckinsale certainly was. She used the final image of Madge -- the butt one -- to prank her daughter Lily.

The "Underworld" star texted the shot to Lily and pretended that it was of her, telling her daughter that she had posted it to social media. And it's safe to say Beckinsale gave Lily quite a "fright."

"Do you think it's too much that I posted this? The thing is my ass looks good."

"I'm a little confused I must say," Lily replied, per the text messages. "I do think it's a little much but it's also very arty." Beckinsale then told her daughter it wasn't her in the photo, but Madonna. "Like I'd ever," she said to Lily, before joking, "I can't believe you don't recognise your own mother's anus from under the bed."