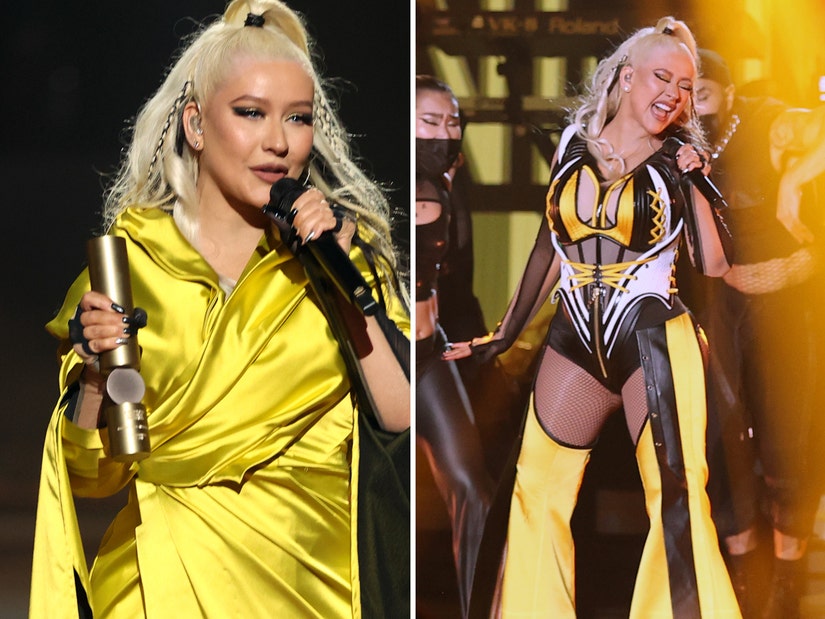 Calling her peers "icons," Aguilera said, "I'm proud together we have strengthened the voices of women in the music industry."

Christina Aguilera was celebrated for her 20+ career in the music industry at Tuesday night's People's Choice Awards -- where she was honored with the ceremony's first-ever Music Icon Award.

Before accepting her trophy, the 40-year-old performer -- who has five Grammys, one Latin Grammy and five previous People's Choice Awards under her belt -- first hit the stage with a medley of her greatest hits.

Stepping out first in a dramatic black gown, Aguilera kicked off the performance with her a more serious version of very first single, "Genie In a Bottle" -- before ripping off the dress to reveal a yellow and black ensemble clearly inspired by her "Dirrty" music video, as she sang a bit of that song next.

From there, there were pieces of "Ain't No Other Man," "Fighter" and "Can't Hold Me Down" -- before another costume change into a yellow wrap dress to sing her new Spanish-language single "Somos Nada."

She closed the performance with the truly iconic "Beautiful."

Collecting her trophy from Becky G, Aguilera called it an "exceptional honor" to be receiving an award with the word "Icon" in the title. She added it was "truly surreal" and left her "beyond humbled."

"I have always strived for my music to communicate messages of empowerment, whether it's speaking my own truths or giving voice to those unable to do so on their own," she continued. "My artistry has always been for the fighters in this world, for those who face adversity, for those wanting to invoke change, my music is for you. Believing in yourself is often the biggest obstacle of them all and through the years I've heard your stories about the impact of songs like 'Beautiful,' 'Fighter,' 'Can't Hold Us Down' and, yes, even 'Dirrty.' Thank you for your stories, thank you for listening and thank you for fighting. You inspire me every day."

She then took a moment to celebrate her peers in the industry.

"I want to thank all of the women who I've been blessed to share the stage, microphone and recording studio with over the years," she continued. "You are all icons to me and I'm proud together we have strengthened the voices of women in the music industry."

After thanking her band, dancers, team and "iconic" fans, she turned to her family.

"Matty, I love you, thanks for dealing with all of this always," she said of partner Matt Rutler, before expressing love for her two children. "And, of course, my true icons, my angels, my babies, Max and Summer, I love you. Thank you!"

See more fashion moments from the show below! 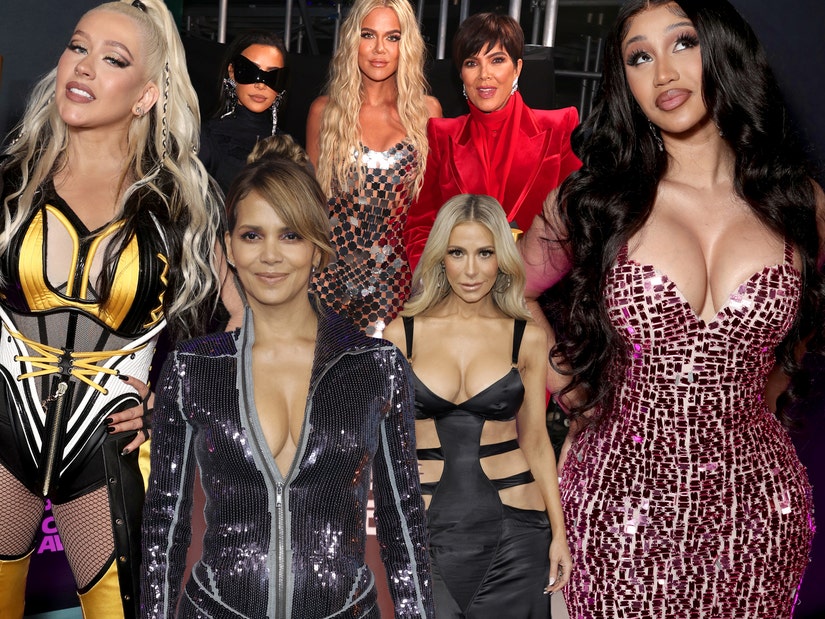