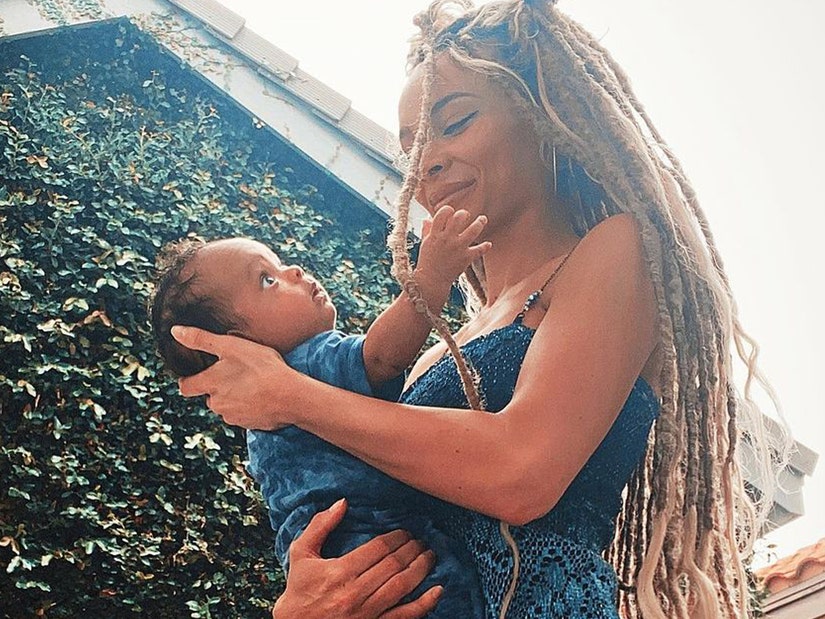 Nick Cannon called her his "superhero" in the comments of her heartbreaking post.

Alyssa Scott shared her first words about son Zen's passing, after the infant died earlier this week at just 5-months old from a brain tumor.

Scott, who shared the boy with Nick Cannon, posted a montage of videos of the child both in and out of the hospital, set to Jhene Aiko's "Promises."

"Oh my sweet Zen. The soreness I felt in my arm from holding you is slowly fading away," she began her heartfelt post. "It's a painful reminder that you are no longer here."

"I caught myself looking in the backseat as I was driving only to see the mirror no longer reflecting your perfect face back at me. When I close a door too loudly I hold my breath and wince knowing a soft cry will shortly follow. It doesn't come. The silence is deafening," she continued. "These last 5 months we have been in this race together. We would hand the baton off to each other. You kept me going. It would be the middle of the night and you would smile at me. A surge of energy would fill my body and pure joy would radiate from within me."

"We were a team, both determined to see it through. It feels unbearable running without you now. I can't," she wrote. "And in this moment I feel myself being carried. By your sister.. By God. By complete strangers encouraging me to not give up. It has been an honor and privilege being your mommy. I will love you for eternity."

Nick referred to Scott as a superhero on his talk show on Wednesday as well, as he praised her strength in the days leading up to and following Zen's death.

Showing a photo he had taken of Alyssa and their son just this past Sunday, Cannon said he wanted to take a moment to "talk about the strength that this woman possesses in this moment."

"I apologize for so many things. I just know if there's any weight or anything that I've caused, I'm not gonna get everything right, this process is difficult for the both of us. I thank you for being that strength, and being that rock," he added.

"Love to Alyssa, love to her extended family, and love to each and every mother that has ever had to lose a child had to deal with a child with special needs. I watched her growth," he concluded. "Mothers are superheroes at every aspect, and I want to just take this time out to say she is doing well but continue to pray for her, continue to pray for our entire family. And we're gonna get through it."

On Tuesday, Cannon shared that they started noticing something was wrong around around the time Zen was 2-months, when doctors discovered fluid building up in Zen's head. After also discovering a tumor, he had surgery. Around Thanksgiving, he revealed, the "tumor began to grow a lot faster."

Cannon held his son for the last time over the weekend at the beach on Sunday.

Scott also has a daughter from a previous relationship.