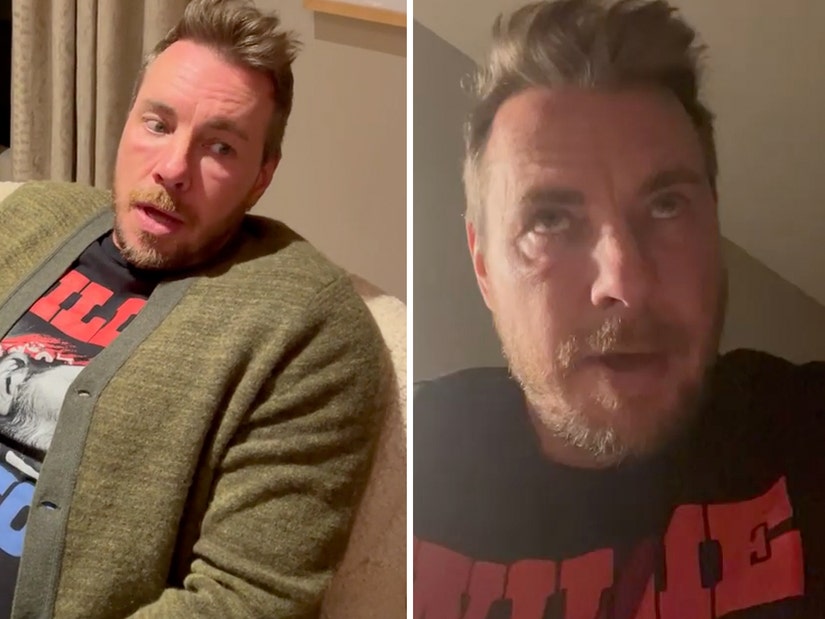 It led to "hiccup-induced puking."

Dax Shepard had one helluva week after he came down with a case of the hiccups that lasted more than two days.

"What a ride!!! 50 hours of hiccups," he shared on Friday to Instagram. "Worry not. We have been hiccup free for five days today."

He added, "For anyone who has permanent hiccups, god bless. I don't know if I could have gone a week with those without intervening with a cycle of cyanide."

The first in a pair of videos posted to his account showed wife Kristen Bell recording her other half's troubles. When asked how he's holding up, he tells her, "It's still funny ... relatively funny though."

"I came across some hiccups about, I guess, okay we're going on 22 hours ... no 21," he continued, before asking whether she heard them. Bell responded, "All night long." Yikes!

"And they went away for stretches today. A couple hours in the afternoon. There was an hour of freedom," he added, before the clip cut off.

In the second clip, Shepard looks a lot worse for wear -- explaining that his hiccups had "escalated" to "a good deal of hiccup-induced puking."

"lord dude," Michael Rosenbaum wrote in the comments, while "Parenthood" costar Mae Whitman spun a bizarre tale in an attempt to make him feel better.

"Is this f---kint real!?!?!? You know my dad (who happens to be Anthony Hopkins) once had hiccups for four days that were so violent he had to go to the hospital!!!!!" she wrote. "Which is also where he saw his first dead body. So I guess it could be worse you could be in the hospital looking at dead people IM JUST TRYING TO HELP #YouAreNotAlone."

One follower also joked, "unfortunately I would've had to divorce you" -- to which he responded, "hahahaha. Fair."