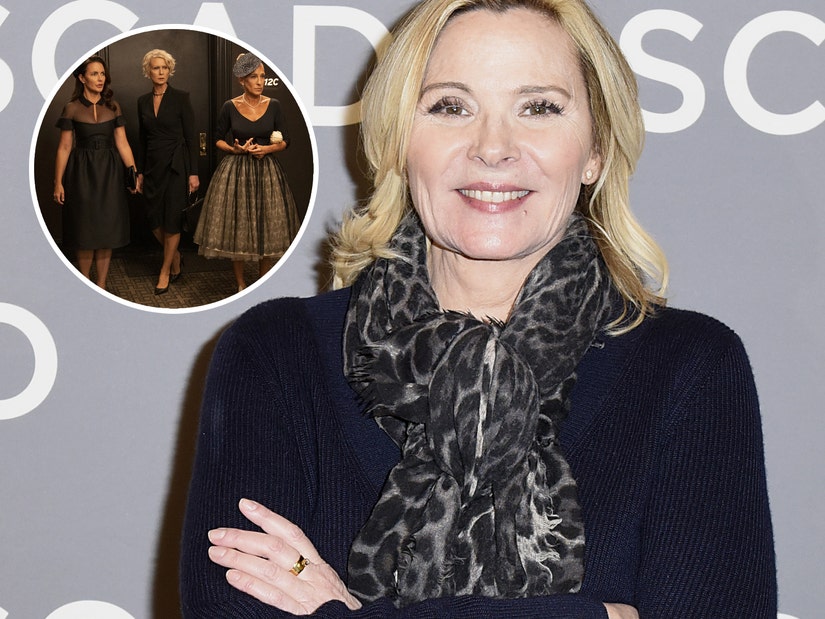 Kim Cattrall has communicated everything she needs to about her now notorious absence from SATC followup "And Just Like That..." and without even uttering a peep.

The beloved mainstay of the OG series had previously been vocal about her decision to not reprise her role as "Samantha Jones" in the iconic 90's sequel series.

After the premiere of "And Just Like That..." on Thursday, Cattrall took to Twitter to like a set of tweets that referenced her absence from the new HBO Max project.

The Golden Globe winner has made it clear that she's aware that fans feel the weight of her absence as followers praised her performances in other roles and appearances.

"@KimCattrall I am such a fan. With the #SATC reboot happening, they keep bringing you up. I applaud you for making choices that are right for you," another follower wrote. "You are not required to do anything you don't want to do or that won't make you happy. Looking forward to you on #QAF happy holidays!"

"And just like that… I find myself only wanting to watch anything @KimCattrall is in. This is a Kim appreciation tweet."

Back in December 2020, the iconic star made an appearance on the "Women's Prize For Fiction" Podcast to explain her decision not to return to the franchise after receiving backlash for it over the years.

@KimCattrall I am such a fan. With the #SATC reboot happening, they keep bringing you up. I applaud you for making choices that are right for you. You are not required to do anything you don’t want to do or that won’t make you happy. Looking forward to you on #QAF happy holidays!

"I remember getting a lot of grief on social media for not wanting to do a film. It was astonishing some of the things people wrote to me — 'I work in a bank and I don't like this person and I don't like the hours, and I don’t like this and I do it so you just do it!'" she said. "'Give me what I want. I do it. I'm miserable, you be miserable too.'"

"I'm lucky enough to have choice, not that I haven't worked for it, but I have it," Cattrall told listeners. "It's something I feel very lucky to have and I'm very protective of it. I wouldn't be any good doing something that I really didn't want to do."

"And Just Like That..." features the other three original showrunners played by Sarah Jessica Parker, Cynthia Nixon and Kristin Davis. The series is also quick to address the absence of Cattrall's character Samantha Jones who moved to London due to damaged pride after being fired as Carrie Bradshaw's publicist.

And just like that… I find myself only wanting to watch anything @KimCattrall is in. This is a Kim appreciation tweet. pic.twitter.com/hJ80BFLLwQ

Showrunner Michael Patrick King admitted that while Samantha's departure left room for a potential return, "there was never a conscious thought of any return."

"Our show has always been about breakups. The obstacle was that Kim moved on. She doesn't wanna play Samantha. So what do we do about Samantha? No one wanted to kill her," King told Vanity Fair that he hadn't heard from the 64-year-old actress since the series' premiere.

"We love Samantha. Samantha's alive and vibrant somewhere. So how do we do this, and not have it be unbelievable in terms of like, 'Oh, she's just where somewhere in the city. We never see her again'? I bump into people I don't want to see in the city the all the time. That's not realistic."