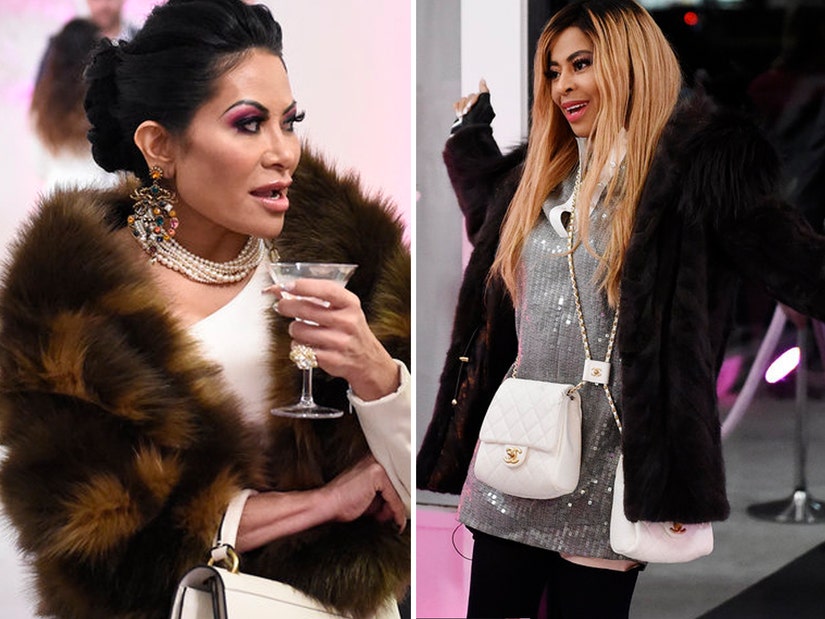 "I was not trying to single out the Mexican culture. I am African American and I know racism first hand. I've lived it daily my entire life."

"Real Housewives of Salt Lake City's" Mary Cosby took to Instagram on Sunday December 12 to apologize for her comments on "Mexican culture" in reference to Jen Shah and her recent controversy.

The reality TV star began her statement,  "I would like to take this opportunity to address a comment I made on the last episode of 'RHOSLC'. I used poor judgment in my choice of words. Please accept my apologies."

"I was not trying to single out the Mexican culture. I am African American and I know racism first hand. I've lived it daily my entire life," Cosby continued. "It is important to me that you hear this apology directly from me. My comment was reckless. Unintentional. I am truly sorry!"

The statement was posted on a black background with alternating fonts of script and  Mary captioned the image, "I love you all. #apology #apologyaccepted #makeitright #love #latinos #loveyouall."

Mary apologized for a comment she made in reference to her co-stars' comparison to Shah. Her fellow cast members had pitted her "cult like" congregation and her role as a pastor to Shah's current scandal involving money laundering and wire fraud.

While confiding to co-star Lisa Barlow in tears on December 5th's episode, Mary cried, "That's horrible. I've been through this my whole life because people hated me for my life and my lifestyle... It's not fair to put me with someone [like Jen]."

"When I think about Jen, I see heartless, I see a thug," Cosby continued. "Like, you know, those Mexican people that make all those drugs. To pit me with that?!"

Fans took to Twitter to not only condemn Cosby but also to criticize Barlow for not speaking up and addressing the pastor's comments the moment they were spoken.

She should be ashamed. I didn’t say it and am not aligned with this. I address it. Keep watching.

"@LisaBarlow7 and for you not to correct @Mary_M_Cosby when she said the comment about Mexican ppl when you profit off a Tequila company based in Mexico that you own is gross! You should be ashamed," one user wrote.

Barlow responded to the fan comment and set the record straight, "She should be ashamed. I didn't say it and am not aligned with this. I address it. Keep watching."

Earlier this month, a judge denied her request to dismiss her criminal charges after her attorney claimed that an ABC News documentary had impeded her right to a fair trial.

“My comment was reckless. Unintentional. I am truly sorry!”