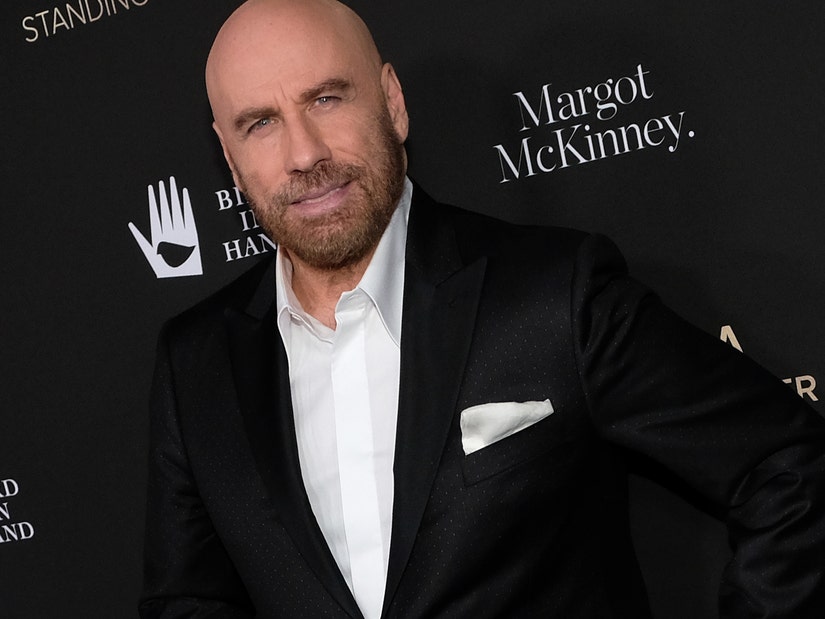 "Merry Christmas everyone," he captioned the sweet footage.

John Travolta opened up his home to his fans on Christmas, sharing a pair of holiday videos to Instagram highlighting his holiday celebrations with his two children.

The "Pulp Fiction" star kicked off the festivities on Friday, Christmas Eve, with a video of him and 21-year-old daughter Ella Bleu catching an empty plane to the family's vacation home in Maine.

Over the footage of the two making their trek to the decorated house, audio of Ella singing her upcoming single "Dizzy" can be heard. The song drops in full on December 7.

"Merry Christmas John! Ella's song is so beautiful. Happy to see your home so warm and full of love," Seth Green, who appeared in "Old Dogs" with Travolta, commented on the post.

The actor followed that post up with another showing him in bed with both Ella and son Benjamin, 11, as a rowdy puppy interrupts Travolta trying to read "The Night Before Christmas" to his kids. The three are also seen wishing fans a happy holiday as they cuddle together on a couch.

Ella commented on the post with a trio of heart emojis.

This is the second family without Kelly Preston for the family, after she died following a battle with breast cancer at the age of 57 in 2020.

Earlier this year, Travolta opened up about speaking with son Ben about death following her passing during an appearance on Kevin Hart's Peacock series "Hart to Heart." While on a late-night walk in their neighborhood, Travolta, 67, said Ben expressed to him that he was worried he was going to die too.

"He said to me once. He said, 'Because mom passed away, I'm afraid you're going to,'" Travolta recalled to his "Die Hart" co-star. "I said, 'Well, it's a very different thing.' And I went through the differences about my longevity and her limited life. I said, 'But you know, Ben, you always love the truth and I'm going to tell you the truth about life. Nobody knows when they're gonna go or when they're going to stay.'"

Travolta and Preston tied the knot in 1991. Preston's death followed the 2009 loss of the couple's 16-year-old son Jett, who died after suffering a seizure.

"I said, 'So let's look at [it like] it's part of life,'" Travolta added. "'You don't know exactly. You just do your best at trying to live the longest you can.'"