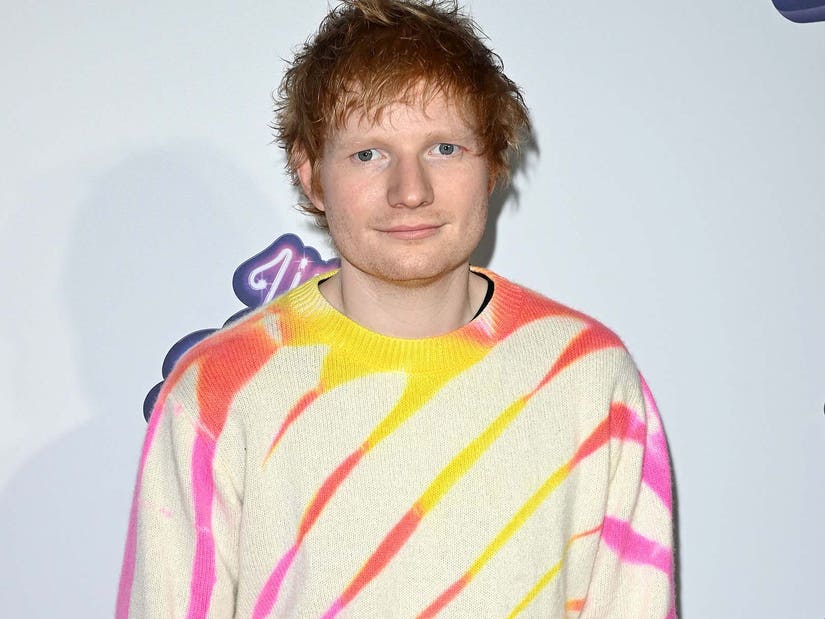 That being said, he'd love to be on the show.

Ed Sheeran opened up about a particularly traumatic episode of the beloved raunchy cartoon, "South Park."

In an interview with Slam Radio, the "Shape of You" singer revealed the 2005 "South Park" episode titled "Ginger Kids" had quite the adverse reaction to his every day life. The episode in question involved Cartman giving a presentation in school on "ginger-vitus," a completely made-up disease affecting red-heads because "ginger kids have no souls."

He revealed that while his hair color was a common cause for bullying in the UK, he had never imagined that the school yard teasing could follow him to America.

"Having red hair in England was always a thing that people took the piss out of you for, but it was never something in America," he believed. "People never knew what a ginger was in America ... That episode of 'South Park' f--king ruined my life."

"I was going to America, and everyone was like, 'I love your hair dude.' And I was like, 'Oh my god, people like my hair?'" he recalled. "And then I remember that episode coming out and that was just it worldwide for the rest of my life."

Despite his grievances with the animated show, Sheeran confirmed that he would be more than open to voicing his own character or having a guest role on "South Park," even if they jokes were at his expense.

While he waits for Trey Parker and Matt Stone to take him up on that offer, the show isn't going anywhere anytime soon. In 2021, the series was renewed through 2027 for 30 seasons. Paramount+ also announced 14 original made-for-streaming movies, two of which dropped last year.

Those films and past seasons of the show are all available on Paramount+ now.