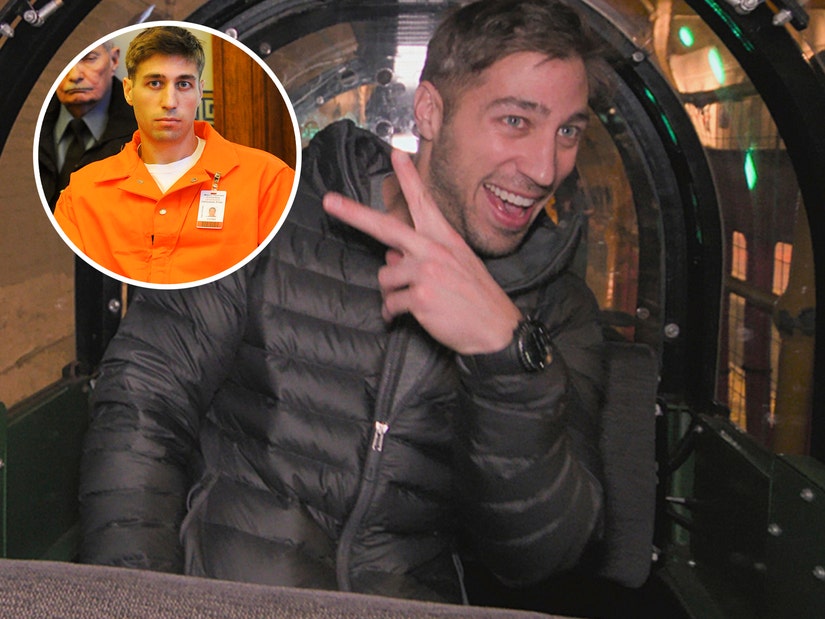 Ryan Ferguson's friend, Charles "Chuck" Erickson, began to have dreams about the murder and later confessed to the crime implicating Ferguson in the process.

There's a pretty amazing story behind one of the contestants on the new season of "The Amazing Race."

Ryan Ferguson, 37, and his longtime friend Dusty Harris are one of the pairs competing on the show's 33rd season, which premieres Wednesday on CBS. But years before his appearance on the reality show, Ferguson was arrested for murder -- when he was just a teenager.

Back in 2001, Columbia Daily Tribune editor Ken Heitholt was strangled and beaten to death in the publication's parking lot on Halloween night in Columbia, Missouri. When the crime continued to generate press two years later due to lack of progress on the investigation, one of Ferguson's friends - Charles "Chuck" Erickson -- began to express concern he may have committed the murder. He started having dreams about the crime, but had no memory of what he did the night in question.

Erickson went to confess to the crime, implicating a then-19-year-old Ferguson as well, and both were charged with murder. There was no physical evidence tying Ferguson or Erickson to the crime -- despite fingerprints and footprints at the scene. It was the testimony of Erickson and a janitor who claimed to have seen him at the scene that did Ferguson in. While Erickson took a plea deal and testified against his friend, Ferguson maintained his innocence and was sentenced to 40 years in prison.

He served 10 years of that sentence before his conviction was vacated in 2013 with the help of "Making a Murderer" attorney Kathleen Zellner, after Erickson and the janitor recanted their testimonies and an appeals court ruled that prosecutors withheld evidence. He was later awarded $11 million in damages from the city during a civil trial, collecting $2.75 million in a settlement agreement.

Erickson is still fighting to have his conviction overturned.

The case would become the subject of the 2015 documentary "Dream/Killer," and Ferguson went on to host an MTV series about other alleged wrongfully convicted prisoners titled "Unlocking the Truth" in 2016.

Appearing on the Reality Life with Kate Casey podcast this week, Ferguson said that it took him a while to finally feel "free," but he's now "really enjoying life."

"I feel for the other people who are still experiencing what I experienced. That's always my first thought and last thought," he explained. "Just knowing that we have a criminal justice in America and it is not functioning properly. There's no accountability for police and prosecutors when they do the wrong thing. My prosecutor is now a judge! It's mind boggling."

As for doing "The Amazing Race," he said the show actually approached him about being on this season.

"They contacted me and asked if we would like to audition and so we did. I didn't know if we were gonna get on or not, but it was cool that they reached out and gave us the opportunity," said Ferguson. "I was like, 'Yeah, I love 'The Amazing Race,' I watched it in prison. I was stuck in a cell,  a little cage for 10 years, do I want to explore the world with my best friend? Sure, why not!"

Ferguson enlisted one of his best friends Dusty to be his partner, telling Casey he "supported me the entire time I was in prison." He added, "That was just the coolest thing ever, being able to call him and be like, 'Hey bud, you wanna do The Amazing Race?' It was really cool."

He also said that "a couple people" on the cast knew of his case and were particularly fans of his father, who never gave up hope in getting his son freed.

The show premieres January 5 on CBS. Ferguson just launched his own podcast, Prison Counts, as well. 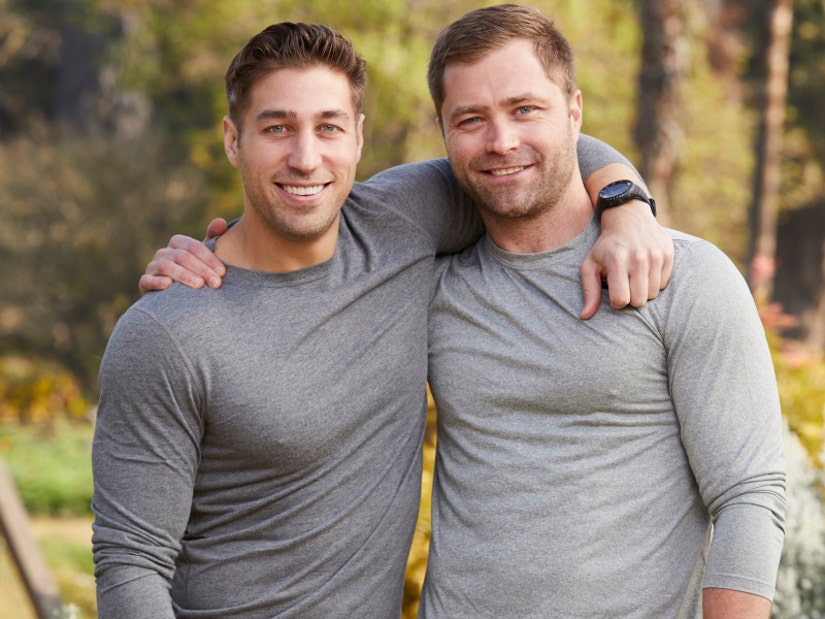