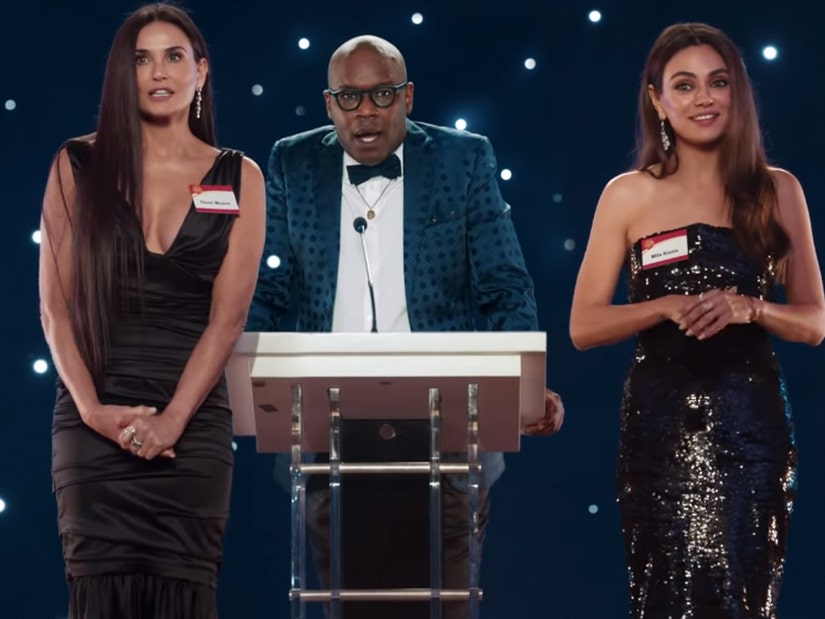 Everything appears to be all good between Ashton Kutcher's wives, following Moore's tell-all book.

Mila Kunis and Demi Moore were all smiles as they partnered together in a new commercial for AT&T.

The short spot features the two stars -- who have both been married to Ashton Kutcher -- at a high school reunion. The two both make their way toward the stage as an announcer prepares to reveal who was voted "Most Admired Alum" by their graduating class.

"Oh shut up," Kunis says, rolls her eyes while smiling, "This is so embarrassing. Guys, don't make a scene!" Meanwhile, at Moore's table, the 59-year-old says, "There's no way it's me" -- before adding, "Was that good acting?"

When both stars reach the stage, however, neither wins the crown.

"I had no idea that we went to the same high school," Moore tells Kunis, as they commiserate over their loss. "We have a lot in common," Kunis replies.

Speaking with ET, Kunis said it was her idea to reach out to Moore about being in the spot, after realizing the two attended the same high school ... albeit in different years. "I thought it would bring humor and laughs to what was already a great ad. I reached out to her and was so delighted she jumped on board," said Mila.

"Who knew being a Fairfax alum would have brought this unexpected opportunity, to come together with Mila in such a fun and playful way?" added Moore.

The ad comes more than two years after there was some tension between Kunis, Kutcher and Moore, after Demi released a tell-all memoir titled "Inside Out." In the book, she claimed Kutcher engaged in affairs before they divorced in 2013, after eight years of marriage. She also said that she agreed to threesomes so as to "try to fit the mold of the woman he wanted his wife to be."

"I put him first," Moore stated in the book. "So when he expressed his fantasy of bringing a third person into our bed, I didn't say no. I wanted to show him how great and fun I could be." But the plan backfired. "I was strangely flooded with shame, I couldn't shake the feeling that this whole thing was somehow my fault."

The threesomes contributed to their split, according to the "G.I. Jane" actress, but it was ultimately his alleged affairs that ended the relationship. "Because we had brought in a third party into our relationship, Ashton said, that blurred the lines and, to some extent, justified what he's done," she said after a first woman claimed to have slept with Kutcher in 2010.

After the launch of her book, Kutcher seemingly responded with a vague tweet about valuing his family.

"I was about to push the button on a really snarky tweet. Then I saw my son, daughter, and wife and I deleted it," he posted followed by a heart emoji at the time. "Life is good - Larry Kutcher," he later added, his tweet a reference to his father.

In 2020, he opened up a bit more about his relationship with Moore while speaking with Marc Maron.

"We don’t hang out. You know. It's all good, we don't hang out," Kutcher said at the time. "I make a really conscious effort to stay in touch with the girls. It was eight years. There’s no badness."

He added that he kept in touch with Demi's daughters too, telling Maron, "If they don't want an engagement with me, I'm not gonna force it upon them, but they all do and it’s great." 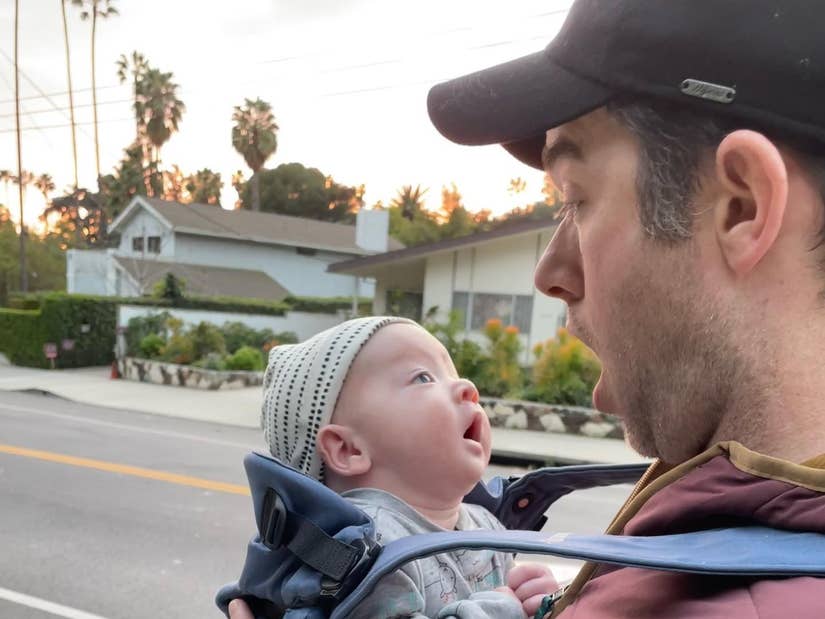