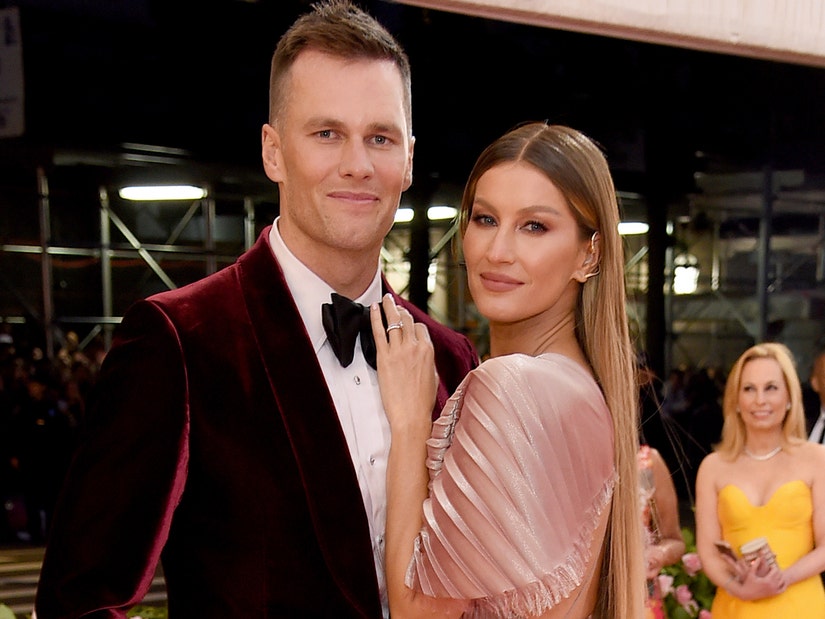 The supermodel showed her support for her husband's decision to un-retire on Sunday after he announced he was rejoining the Tampa Bay Buccaneers, despite calling it on his storied career just last month.

In the post he wrote, "These past two months I have realized my place is still on the field and not in the stands. That time will come. But it's not now."

Brady continued, "I love my teammates, and I love my supportive family. Without them, none of this is possible. I'm coming back for my 23rd season in Tampa. We have unfinished business. LFG".

Among those to congratulate him was his ex Bridget Moynahan who he split from in 2006. Shortly after the breakup, the actress discovered that she was pregnant with his baby. At the time, Brady was in the early stages of his relationship with his now-wife Bundchen.

She captioned a tribute post to her ex-flame, "Thank God. I had no idea what I was going to do with my Sundays. Congratulations [Tom Brady], So proud of you!"

Moynahan gave birth to their son John in 2007, and since then Gisele has described him as her "bonus child" as well as a "huge gift and blessing" in her life in her book "Lessons: My Path To a Meaningful Life."

Back in February, the Tampa Bay Buccaneer temporarily retired in a lengthy statement posted to Instagram.