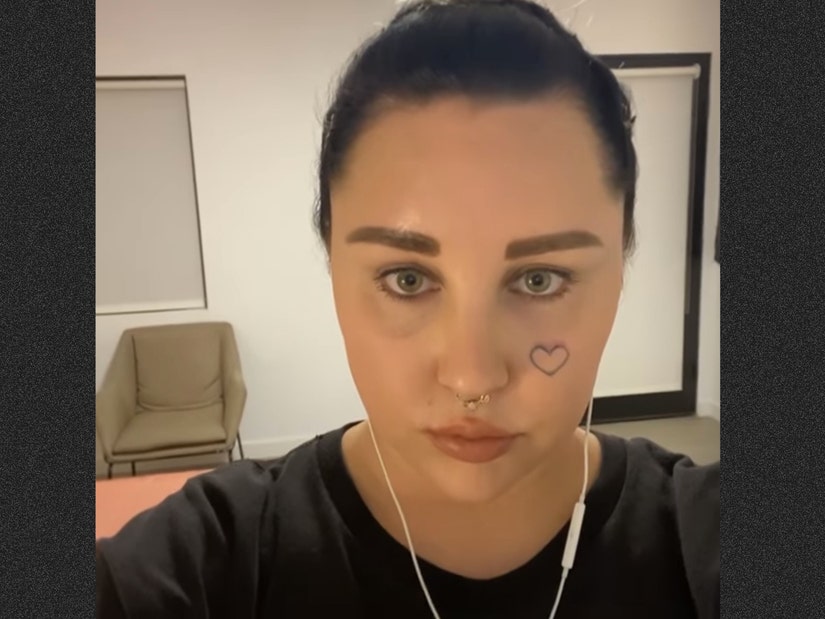 "The videos and pictures I post are in a flattering light, or in the shade outside, without the sun blasting on my face."

Amanda Bynes is getting candid about some of her experiences in Hollywood and how they influence her today.

She took to Instagram on Monday to reveal one harsh note a director once gave to her on set that's stuck with her and her selfie preferences.

In her post she detailed the incident that changed the way she lights her photos, "The reason I don't usually look great in paparazzi pictures is because I'm squinting in the sun," she captioned a short selfie video. "The videos and pictures I post are in a flattering light, or in the shade outside, without the sun blasting on my face."

"I once did a movie where the director told me that in certain lights, I looked like a monster," she continued.

In the two second video the "Hairspray" actress was dressed in a black graphic t-shirt with glowing skin, slicked back eyebrows and pouty lips. Bynes was also fashioned with a septum nose piercing and her heart facial tattoo,  which she explained she was in the process of removing ahead of her court date to terminate her long standing conservatorship.

Earlier this month the former child star shared a series of updates to her new Instagram page where she thanked her fans for their support ahead of her court date, and also shared a video revealing that she is in the process of having the small heart tattoo on her cheek removed.

Bynes' kicked off her page with a brief video close-up of her face, with the tattoo still prominent under her glasses. The actress told her fans, "My court date is coming up in two weeks. I want to thank you all for your love and support."

The 35-year-old has been under a conservatorship since August 2013. Initially a temporary situation, with her mother Lynn in place as her conservator following her allegedly erratic and potentially dangerous behavior -- as well as a psychiatric hospitalization -- in October 2014, it became a full and ongoing conservatorship.

Her parents "100 percent support" Bynes' decision to end the conservatorship. Tamar Arminak, the parents' attorney, told NBC News in February, "The parents are happy, thrilled to get this good news. The professionals say she is ready to make her own life choices and decisions and are so proud of her."

According to Bynes' own lawyer, David A. Esquibias, Bynes' conservatorship can end "when it is no longer convenient for Amanda." While she just completed a health status report and has another scheduled for two years from now, those do not mean the conservatorship is binding until then.