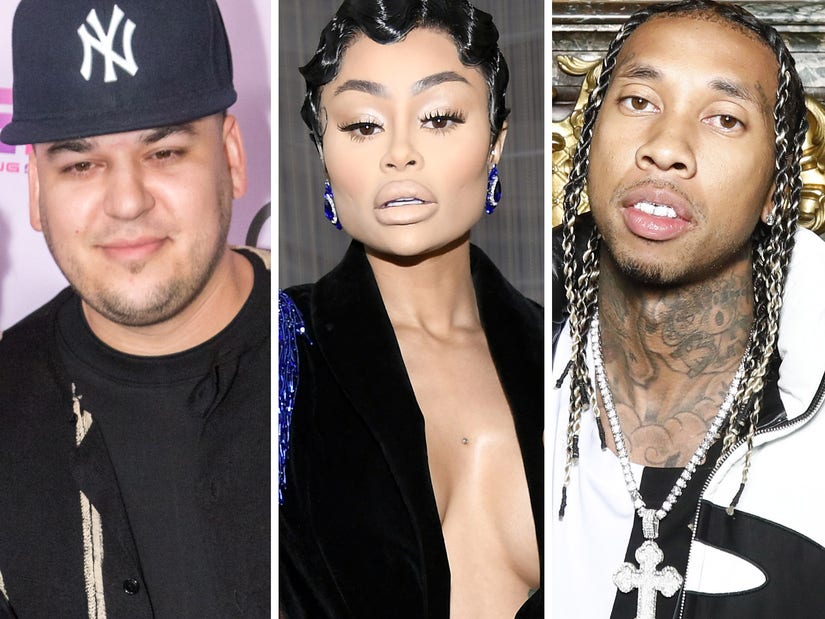 Both Rob Kardashian and Tyga jumped into the conversation.

Blac Chyna opened up about her life as a single mom with kids Dream and King Cairo, who she shares with Rob Kardashian and Tyga, respectively.

This morning, she took to Twitter and revealed, "Yesterday I had to give up 3 of my cars  ... my reasons ... morals, beliefs, being a single mother, no support I'm a MAMA." She later added, "Single no support child support."

Referring to the fathers of her children, one of her followers asked, "When the other parent is actively in the child's life taking the child on days and clothing feeding the child… is child support warranted?"

She responded saying it's not, especially in a successful coparenting situation, suggesting that's what she now has with both Rob and Tyga. She then added, "But Greedy parents try to get child support because they're not doing nothin."

Some of her tweets were picked up by The Shade Room, with the outlet saying "she still isn't getting any support from the fathers of her children!" It wasn't long before both of those fathers jumped into the comments to defend themselves from any insinuation that they should be paying up.

Rob then added, "I pay 37k a year for my daughter’s school. I handle every single medical expense. I pay for all her extracurricular activities. I have my daughter from Tuesday-Saturday. Why would i pay child support lol"

After Tyga caught wind of Rob's response, he jokingly added, "how u pay 3k less. Let me kno the plug"

In a 2019 decision, a judge reportedly ruled that neither father had to pay child support. Chyna went on to talk about how proud she was to be able to raise her kids without their financial assistance.