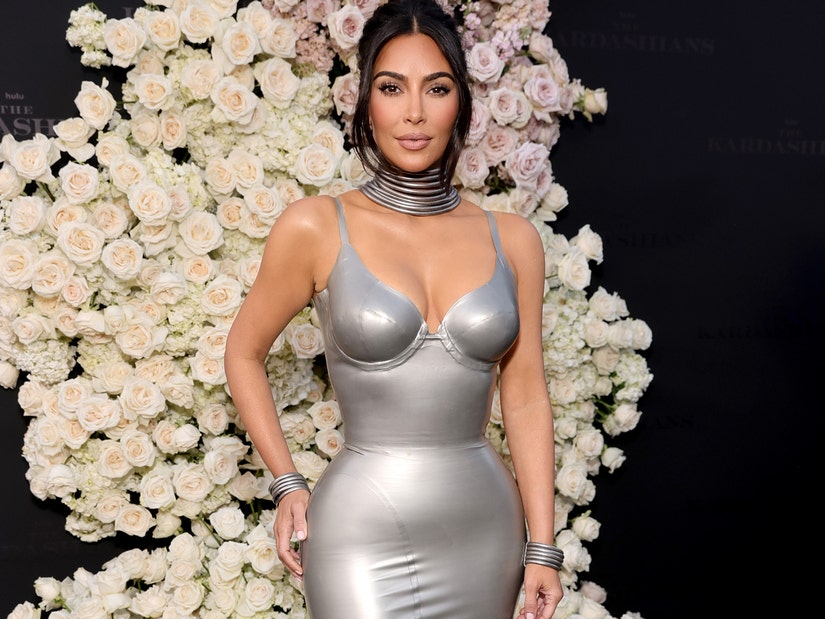 "You know how much good aesthetic means to my soul and I will be damned if Kylie will ruin that for me."

Kim Kardashian just addressed three different "Photoshop fails" she's been accused of in a series of Instagram Stories in which she finally copped to and explained at least one of them.

Earlier this week, the reality star was accused of Photoshopping her belly button out of new pics where she's rocking Skims high-waisted underwear. It was that allegation she responded to first -- writing, "Come on guys ... seriously! This is so dumb! Claiming I photoshopped out my belly button????"

She followed it up by mocking the situation to sell more of her goods, writing, "Belly button insecurities?! Well ... why don't you head on over to skims.com to conceal that saggy belly button of yours with a great pair of high waisted underwear like I did! You're welcome!!!"

Later in the day, Kardashian said she was surprised how much her fans seemed to "enjoy my Photoshop post" -- adding, "if you thought that was good I have so much more ... This is fun."

She then addressed a report suggesting she edited boyfriend Pete Davidson's jawline in a PDA pic of the two the night of "The Kardashians" premiere.

"I guess Pete's jawline is snatched!!!! Snatched to the point u guys thought I photoshopped it!!!" she wrote, "One pic he's laughing in mid-convo! Wait I did add a grainy filter tho." She then shared a live photo of the moment in question, jokingly asking, "How do you Photoshop a live photo? Asking for a friend?"

"Ok guys I do have a photo shop confession while we are here in the circle in the truth," she then added, before confirming she did in fact Photoshop True Thompson's face over Stormi's in a series of photos she took from a trip to Disneyland.

"Ugh this one needs some serious explaining ... OK OK sooooo you know I am all about my aesthetic! And my IG grid is pink and blue lately. Isn't it so cute and well planned out!" she began. "The original pics were Stormi! However I asked @KylieJenner if I could post them and she said 😭 she wasn't really feeling posting at the moment and so I respect that!"

"But It wasn't going to mess up my IG feed. Chi was wearing pink and it matched perfectly," Kim explained. "It wasn't the aesthetic I was going for and I can own up to that! You know how much good aesthetic means to my soul and I will be damned if Kylie will ruin that for me and mess up my IG grid. So thank you True for taking one for the team! 😂" 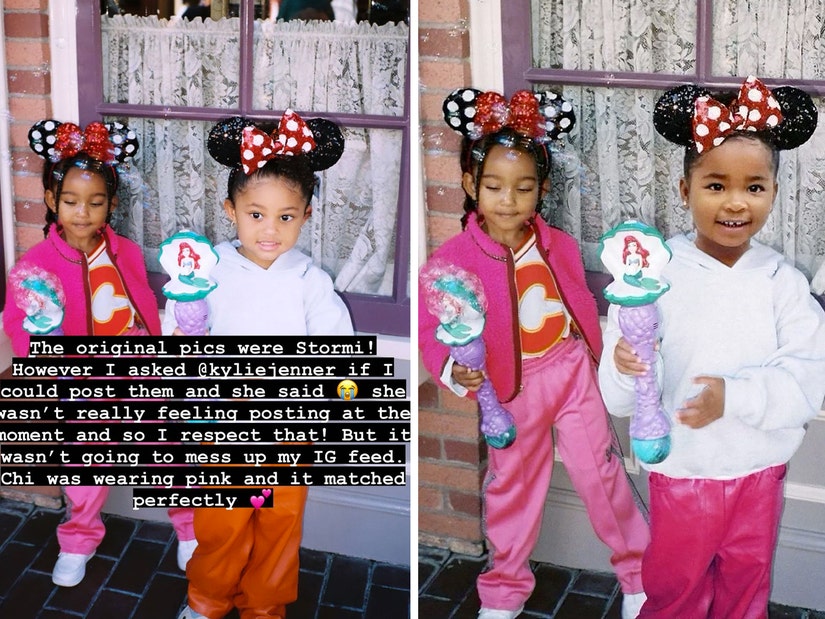 "I didn't think it would be that big of a deal if her own mom questioned if I snuck her to a Disneyland for the first time," she added.

Khloe Kardashian first admitted to the True Photoshop fail earlier this month, after she said her daughter went to Disneyland for the first time just this year. The photos with Chicago were taken in 2021, reviving speculation True wasn't actually in those initial pictures.

"Welllppp I f---ed this one up," Kardashian admitted. "Anyways….. let's focus on something else."

Welllppp I fucked this one up. Anyways….. let’s focus on something else 😂 Our show airs in a few days 🤣