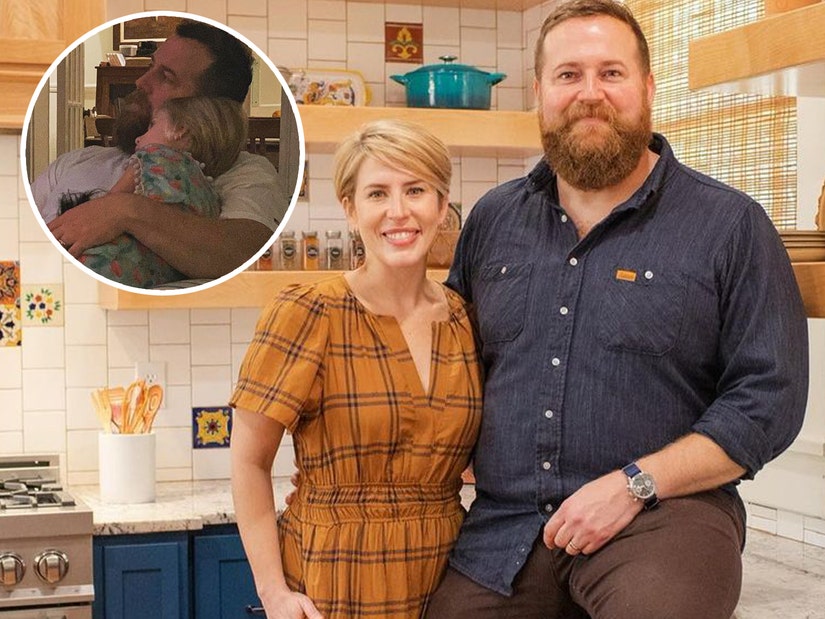 "He had bought a house a block from ours and was living in it with nothing but a suitcase and these toys for when my 3 year old daughter 'comes over to visit.'"

HGTV star Erin Napier opened up about an incident that shook her family one year ago, when a man showed up in town of Laurel, Mississippi hoping to "protect" her then 3-year-old daughter Helen.

Napier, who stars alongside her husband Ben on the renovation show "Home Town," reflected on the scary situation earlier this week in a post marking the "Star Wars"-centric holiday May the 4th.

"May the 4th be with you. Not my favorite day, one year ago," she began, explaining that while the couple were filming a home reveal for their show, Ben "started getting messages from lots of folks in town about a 54 year old California man dressed like a Star Wars storm trooper, wearing an ankle monitor bracelet, who had come to town and was saying some very strange things."

Among the "strange things" he was saying: "God sent me here to protect the women of Laurel, specifically little Helen."

"He had bought a house a block from ours and was living in it with nothing but a suitcase and these toys for when my 3 year old daughter 'comes over to visit,'" Napier continued. "Ben saw red, his blood boiled. I was terrified and 9.5 months pregnant."

Though Napier says the man was eventually "sent back to CA," he said "unsettling" and "disgusting things" to the daughter and nanny of their good friends Jim and Mallorie Rasberry. Erin added her family ended up getting 24 hour security to watch over them while they slept and worked.

"Helen asked who they were and why they were here, and we never told her the truth. 'They work with us! They're friends of ours who are staying with us for a little while!'" she added. "A year on, I still think of this thing every day but it doesn't scare me anymore. I'm thankful for the way our neighborhood guarded us and put up a hedge of protection when we needed it and it further validated what I already knew: protect your kids in the online world much as you can."

That message seems to align with Napier's policy of obscuring her daughters' faces on social media, often sharing pictures of the back of their heads to Instagram.

Speaking with PEOPLE about the incident, Napier said it initially "scared me to death" and "gave me chills" -- before adding, "It was such a weird one-time thing, but no, we're good. We're fine."