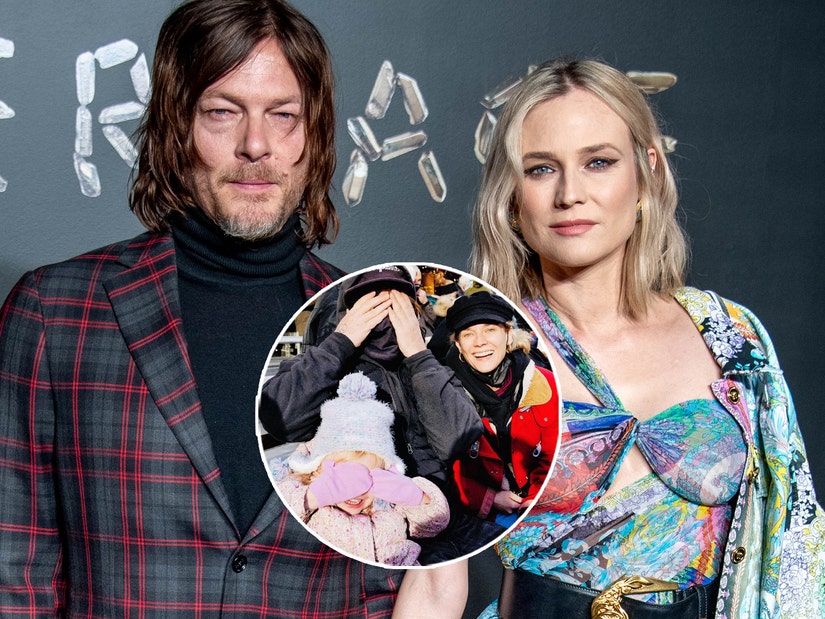 Kruger breaks down the meaning of the name in a new book.

Diane Kruger and partner Norman Reedus are notoriously private when it comes to their family life -- so much so that nobody knew the name of their 3-year-old daughter until now.

The "Inglourious Basterds" actress and "Walking Dead" star welcomed their first child together back in November 2018, but didn't even reveal whether they had a boy or girl at the time. Since then, they've still allowed her to life a relatively private life in comparison with her famous parents and is only occasionally glimpsed in photos on their respective Instagram pages with her face obscured.

Kruger, however, finally revealed their girl's name in her new children's book, "A Name From the Sky" -- sharing, for the first time, that it's Nova Tennessee.

"I had her late in life at 42, and [Norman] had a child when he was much younger," she says, referring to Reedus' son Mingus, 22, with ex Helena Christensen. "'Nova' in Latin means new beginning, and a nova star keeps changing and is reborn. And we love Tennessee and the Smoky Mountains; we do motorcycle trips there."

She also revealed that the girls' nicknames include "Noonoo" and "Neenee," before opening up about how much motherhood surprised her. She said it's been "wonderful to rediscover firsts" with their daughter -- like "having ice cream for the first time or seeing snow for the first time" -- adding, "there's just something so refreshing and simple about that life as mother and daughter that I've just found magnificent."

"I wanted to be a mom and I was sure I was going to like it," she added, saying she was surprised by "just the magnitude of wanting to be there every second, not missing a thing,"

"[Nova] was a surprise. I thought it wasn't going to happen, and she came into my life when I was ready," Kruger added. "I'm grateful that happened for me and our family. She's changed my world and the way I look at everything."